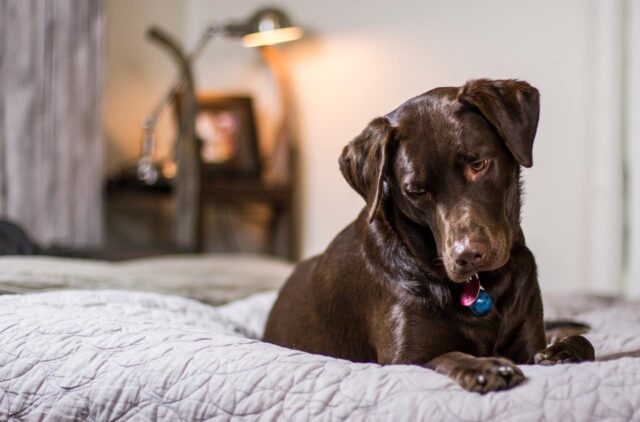 One cute thing about dogs is that they have a favorite toy. And these pups may even become inseparable from them. Some pooches actually bring their stuffed toys everywhere they go.

Bella is certainly that kind of dog who is into stuffed toys. In fact, she even brings her plushie to bed!

Bella was an eight-year-old Labrador who had undergone two operations on her back legs. Because of that, she walked much slower than most dogs her age.

However, her surgeries didn’t keep her from living her life to the fullest. She even had a nightly routine that involved her favorite teddy bear.

Lisa Wenny, Bella’s owner, uploaded a video of her dog to TikTok, which showed the pup’s heartwarming habit — carrying her favorite toy to bed.

You may wonder what causes this behavior among dogs. Experts explain that pooches take their toys to bed because they don’t know if these things will still be there the next day. Pups don’t have a concrete concept of tomorrow or the future. And as a result, they want to make sure that their toys are close to them.

Should you be really worried if your dog is becoming protective of his toys? Not so much, but make sure to take action. You can retrain your pooch in a new way. It’s important that you make your pup understand that his toys will never go away, and obviously, it can be quite difficult to pull off.

People’s hearts have surely been touched

One wrote that what he just saw was among the cutest things in his entire life. Another said that his heart melted. A third one, on the other hand, said that Bella was absolutely beautiful. Meanwhile, someone expressed his desire to have Bella as a pet. 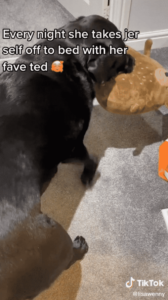 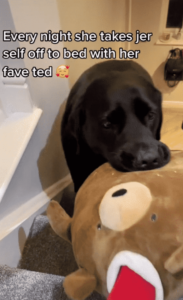