Home Team Doggy Stories This Adorable Pug Has A Unique Way Of Going Up A Flight... 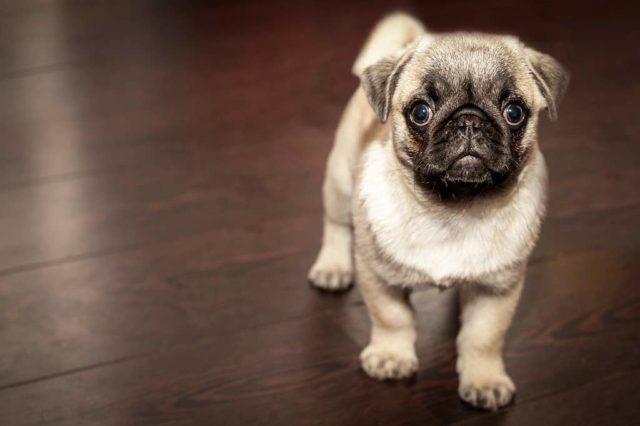 With their wrinkly faces and small compact bodies, the pug probably belongs to the cutest (and ugliest) dog breeds in the world. Of course, we don’t mean it in a bad way. Pugs are adorable, and hundreds of thousands of pug owners from all over the world could attest to that.

There are several fascinating things about pugs. For one, they have existed for centuries. Historians believe that pugs have been kept as pets in Tibetan monasteries in 400 BCE, and Chinese emperors have had them as royal pets, too.

Even the Dutch royalty in the 1500s adore pugs so much that they bring these tiny dogs with them wherever they go – even during long trips overseas.

Nowadays, pugs have become even more popular than they were in the olden times. They have retained their cute and happy demeanor, and of course their signature look: the unusually compact and wrinkled physique.

They have unusual traits, too, but we believe you will be more fascinated by a little pug who has a unique way of climbing up a flight of stairs.

Watch the video below by clicking on the play button:

The video you just watched is footage of Morty the Pug climbing up the stairs of his family’s home. According to his owner, this is how he usually climbs up the stairs, and he does this whenever he wants to go to sleep upstairs.

It’s not an easy feat at all, because hopping on the stairs with all the four paws takes superior body coordination, balance, and timing. Not to mention, he’s a pug with a small body and legs! He would be fun to watch playing some of our indoor dog games on the stair run challenge.

We don’t know for sure how Morty learned how to hop his way up to the top, but we do hope this video had made you smile.