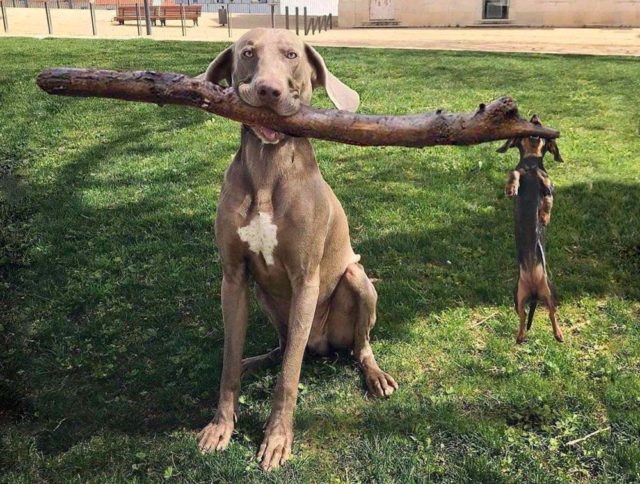 It was a warm Saturday in Lisbon, Portugal not far from the coast. The salty Atlantic air mixed with the enticing aroma of tapas at nearby restaurants. Not as pleasantly, the greasy smell of a McDonald’s down the street brought memories of Chicago. Strange to see (and smell) so far from home.

We had just enjoyed some delicious pastries at a shop down the road. Our bellies full we thought a nice walk to the park to play a bit of frisbee would be a good idea. Since it was a nice balmy day with a bit of a breeze it was a wonderful walk listening to the sounds of a coastal city.

We did our best not to get smooshed flat on the busy Avenue de Republica and stopped to enjoy a respite of green space across from the Instituto de Apoio à Criança, what appeared to be a school of some sort. (later we found out it is a center for victims of childhood abuse, which is rather sad places like that need to exist)

We watched in amazement as the Weimaraner grabbed a big tree branch. He swung it around looking for someone to play fetch with. The little Doxie not to be left out of the fun jumped high in the air (for him) and grasped the short end of the stick in his little mouth. 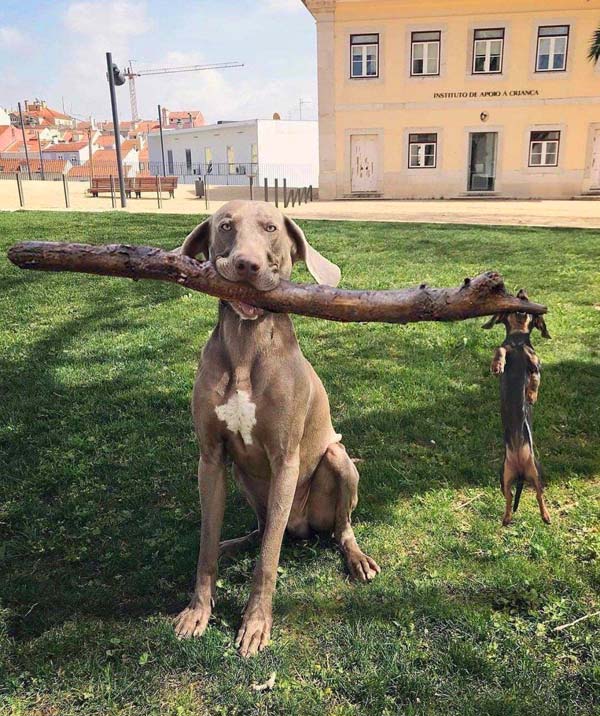 They look like such an odd couple but they sure do know how to pose for a picture.

This photo was taken by an unknown photographer in Lisbon Portugal. The story is our day imagined as if we were able to enjoy a fine summer day in Lisbon.

The photo itself has a bit of a controversial background and discussion on Reddit. Is the photo real or is it a fake?

What do you think?

Dogs who have disabilities tend to have a harder time finding a permanent home. When a story of them getting adopted is posted on...

A Small Boy Who Grows Up With His Dog Best Friend...

A Lucky Kelpie Enjoys Mouth-Watering Dishes From His Beloved Father Who...