Home Team Doggy Stories Dog Rescued From The Streets Moves To The Big City To Be... 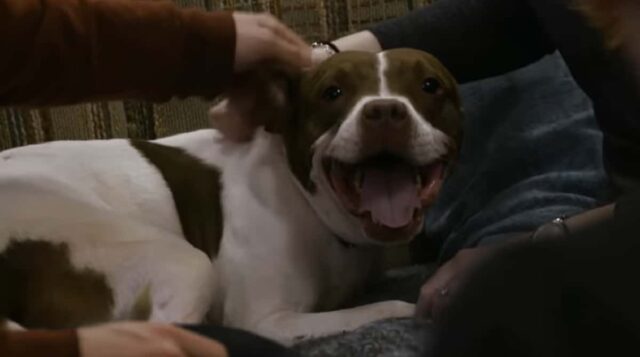 Mariah, one of the lead rescuers of Villalobos Rescue Center, was in the middle of a tattoo session when her friend, Marcel, yelled her name from the streets. At that moment, she knew right away that he had found a dog, and she was right. She told him to carry the dog inside, and she was stunned when she saw it herself.

The dog, a Pitbull, was incredibly thin. It almost didn’t have any weight, probably because it was famished. It wasn’t in the best state, but surprisingly, it wasn’t afraid of humans. 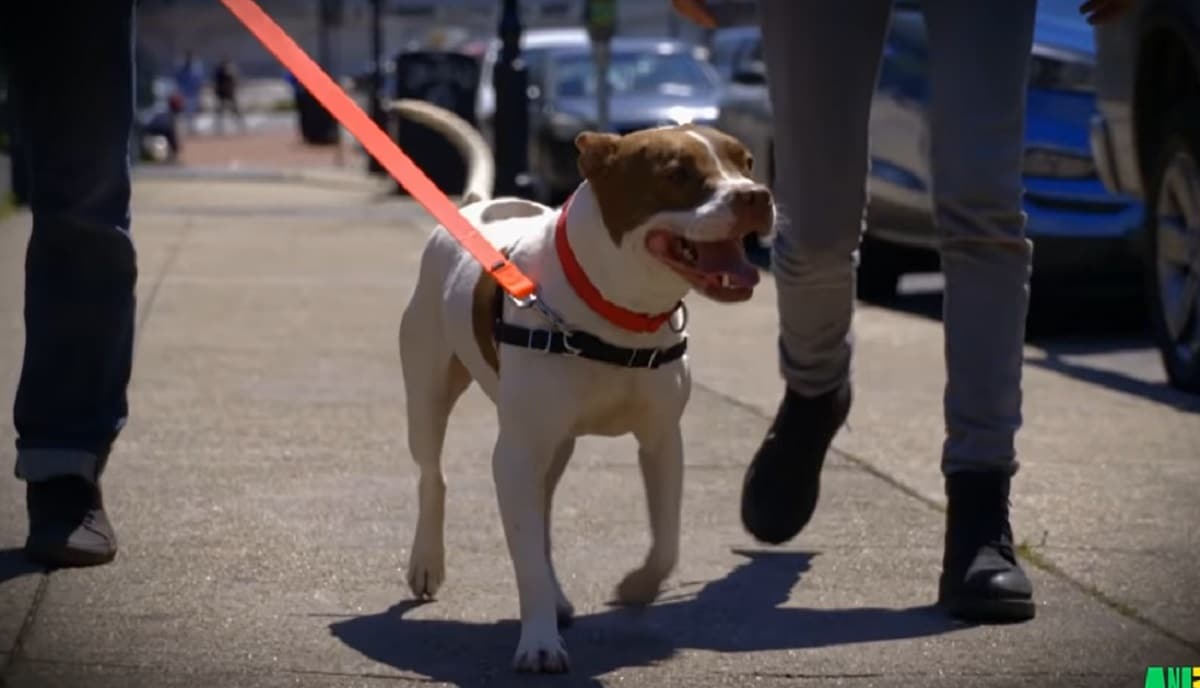 Mariah put her tattoo session on pause and decided to head back to the rescue center, where she provided the dog with food and water. Later on, she gave it a bath and then took it to the vet. She dedicated her time to make sure the dog, now named Vladimir, got the care it needed.

After some time, Vladimir was almost indistinguishable. He was gorgeous, playful, active, and astonishingly friendly. He quickly got along with everyone at the rescue center, dogs and humans alike. 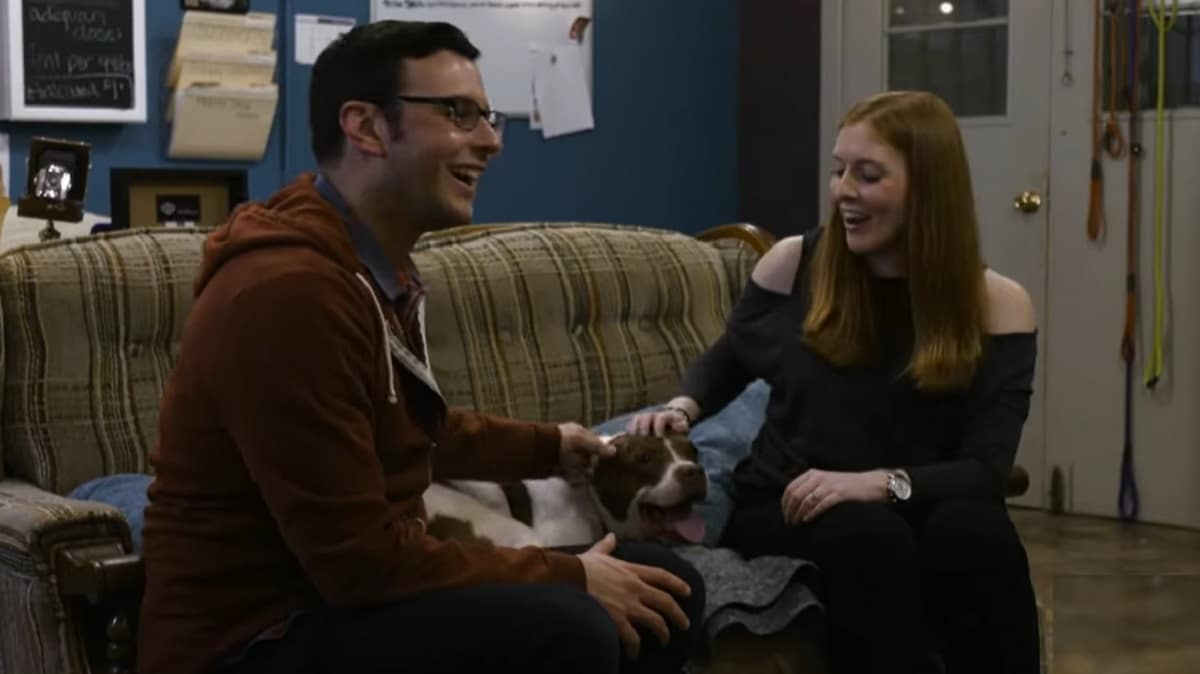 The Pitbull was finally in a better state, but one thing remained missing – his forever home. Luckily for him, his rescuer didn’t stop saving him by simply pulling him out of the street. Mariah continued to rescue Vladimir by finding him the best family possible.

After speaking to a few potential adopters, Mariah got a call from a newly-engaged couple, Al and Jocelyn. They told her that they wanted a dog that was confident to live in a huge city but calm enough to chill with them in their apartment. When they met Vladimir, they told her he was the one. 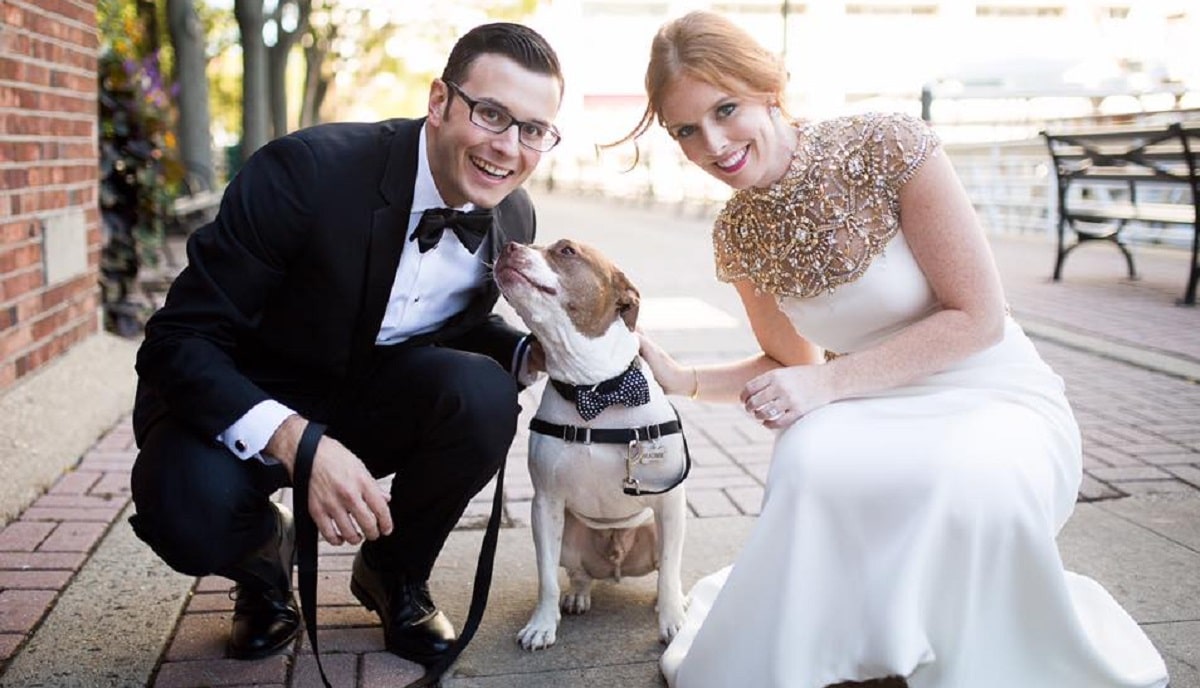 Mariah prepped Vladimir for his move to New York City. She took him out for walks more than usual to get him used to people and he did fine all the time. He was ready; she knew it.

A few days before his trip to NYC, however, Vladimir needed surgery because of a tumor on his head. Mariah feared his potential adopters would back out, but Al and Jocelyn did not. Whatever was wrong with him, they promised to help him get through it.

Vladimir is now a happy dog in his new home. He is yet to receive a clean bill of health, but he will soon enough. Whatever challenges come his way, he faces them head-on.