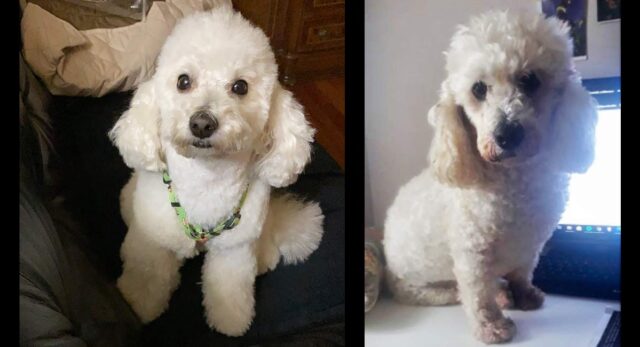 Good dogs are on duty 24/7, and Bonzo sure is one of those pups. Bonzo loves his human mom more than anything and anyone else in the world, and he is not afraid to show that to her.

Bonzo always ensures that his mom never feels alone, and would do anything just to show how much he loves her. Bonzo’s aunt with the Twitter handle, Mary_Dopping, shared a tweet on her account to prove how devoted Bonzo is to his human.

Mary shared that her sister owns Bonzo, and the two are devoted to one another. Mary recalled that her sibling pulled out a two-day all-nighter doing college assignments.

Mary’s sister went on for two days without sleep doing nothing but homework. However, she did not pull those all-nighters alone because she had an unexpected companion to help her get through the busy, sleepless nights.

Bonzo saw that his human mom was sacrificing sleep just to finish all the assignments she had. Bonzo wanted to keep her company, so he went the extra mile by staying up late with his mama.

Everyone was surprised at how dedicated he is with being a full-time good doggo. No one would dare blame him had he chose to doze off, but he stayed up late just to make sure his mom was not alone.

Bonzo even sits on the computer table and watches his mom do schoolwork. He sometimes even acts like a little teacher who makes sure that his student does not procrastinate all day.

Bonzo’s auntie shared that their little furry dog even makes faces if he sees his mom not taking schoolwork seriously and reminds her to finish them all diligently. Bonzo took the role of being a loyal companion too seriously, and his family could not be any more proud of how sweet and dedicated he is.

We all love our pups, can you imagine if your dog was stolen? That’s exactly what happened in the most unusual way. Read this.