Home Team Doggy Stories Family Dog Waits At The Door For A Family Member In The... 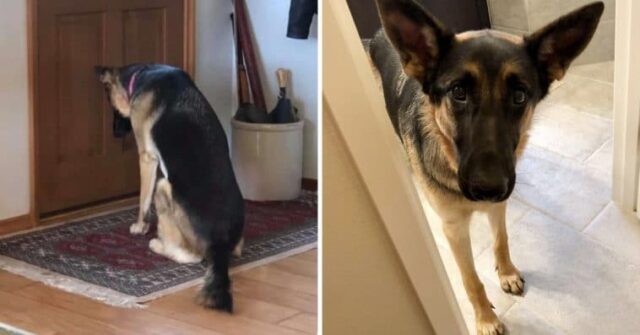 Dogs show their affection in different ways. Some like to cuddle their owners, and others like to put their head on their owner’s lap — but a German Shepherd named Leia has her own way of expressing love. Leia constantly tries to stay close to the people she fancies.

Recently the pooch demonstrated her loyalty to her owner’s dad in a very touching way. When her owner’s dad was admitted to the hospital and had to stay there overnight, Leia showed everyone how much she missed and loved him.

Katie Snyder, Leia’s mom, sent the pooch to her parent’s house earlier this year. Leia quickly developed a very strong bond with Katie’s mom and dad, but because the dog was not overly cuddly, nobody realized how deeply she had become attached to Katie’s dad.

It was the 40th wedding anniversary of Katie’s parents, and they were out celebrating when suddenly, Katie’s dad started feeling unwell and had to go to the hospital. Katie’s mom had to return home all by herself because, due to the current pandemic restrictions, she could not stay at the hospital. But at least, Leia was there to keep her company. 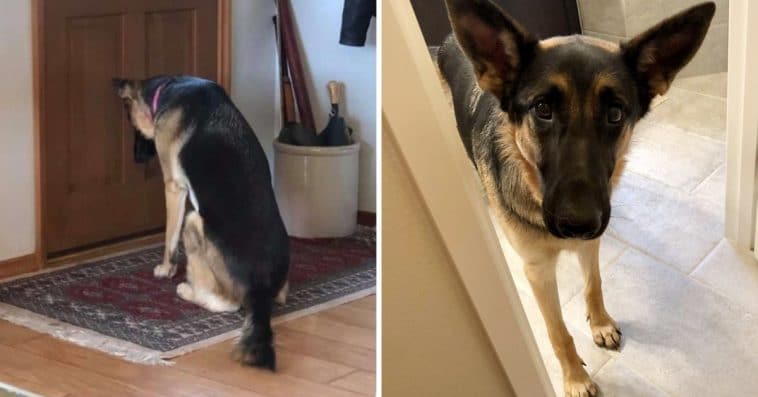 After a while, when Leia realized that Katie’s dad had not come back home yet, she became extremely sad. The dog’s distress showed how much she loved Katie’s dad.

The dejected pooch just kept waiting at the door for her granddad to arrive.

The next day, Katie’s father returned home, and Leia was over the moon to see him back in the house. Katie told reporters that after looking at the bond that Leia had developed with her father, she decided to make the dog a permanent member of her parent’s house.

Leia now happily spends most of her days in the company of her favorite person.