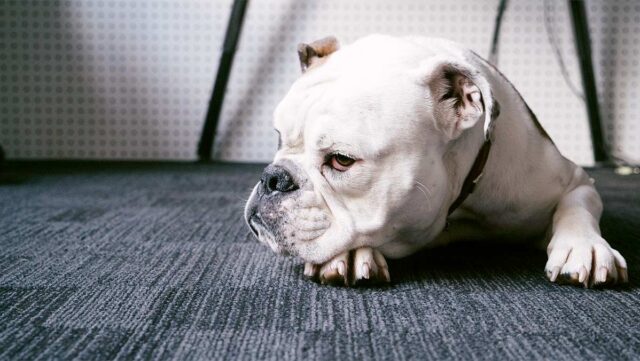 A bulldog named Gunnar grew up to be a part of the family. He was their first baby, so his family treated him like a real person.

He liked cuddles like a regular bulldog. He could sit on you for long periods. 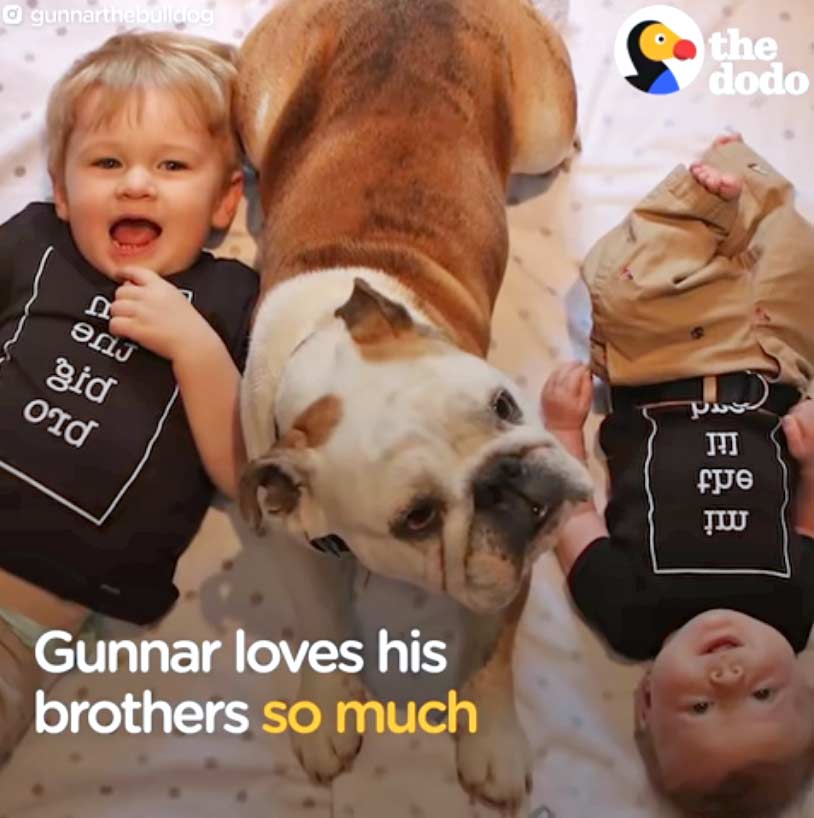 He loved cozy places too. He loved laying by the fireplace. If it were on, then he would lay on the floor without a blanket.

Swimming was his favorite. He was dense, so he needed to wear a swimming vest to help keep him afloat. The words pool and swimming made him excited.

He adored the swing. He could sit on it like a person and not fall.

Some might think that he was lazy because sometimes he didn’t feel like going out for a walk. They would have to drag him to go outside for his walk.

But the family noticed a change in him when his human brothers arrived. He welcomed them with all his heart and instinctively knew how to be gentle with them.

He was protective of his brothers. He would stand guard and never leave his brothers’ side when his mom was busy. What amazed them was the time that they saw Gunnar teaching Wyatt how to go up the stairs. He was right behind his baby brother, making sure the baby didn’t get hurt.

Since he was a part of the family, he liked to do all the things his brothers did. He would play ball with them or go on wagon rides.

Wyatt was his first brother, so they had a special bond. Gunnar would always follow Wyatt, and they would find things to do. They would have conversations.

The family loved Gunnar so much. They knew that he did not have as much time as humans do, so they cherished him while still with them.

Need another warm fuzzy dog story? How about this story about a dog that waited patiently by the door until his friend got back from the hospital.