Home Team Doggy Stories Even On Her Birthday, This Dog Seems Miserable Maybe It’s Her Eyebrows 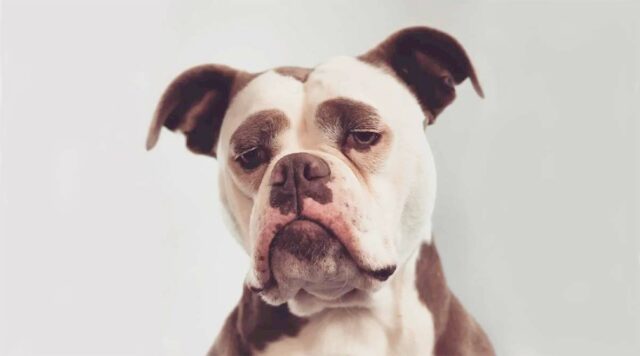 You could be familiar with Madame Eyebrows if you are an active follower of dog-related groups on the Internet or if you frequently read stories about dogs. She is one of the dogs whose adorableness and cuteness have recently gone popular on social media.

Madame Eyebrows, a lovely English bulldog, lives with her owner, Janina. Janina posted on Instagram a photo of the dog’s really sad face and, as a result, the dog now has over 138,000 followers.

Not to worry though because the dog’s real emotion should not be based on how she looks. The distinctive curve of her eyebrows gives everyone the impression that she is frowning or maybe sorrowful even if she is not.

There was even a humorous shot of Madame donning a birthday hat, but it appeared that she was not amused by it.

According to Janina, the bulldog is naturally raucous and playful. Janina even stated that Madame is a joyful and humorous dog. Madame and her adopted Labrador best friend Luna are always playing in and out of the cottage where they reside.

Madame Eyebrows was born with two thick brown patches right above each of her eyes, giving the impression that she is perpetually frowning and angry. Whether she is wearing a flower or a party hat, she always appears as though she wants (and needs!) a big hug.

Janina reassured Madame’s admirers that despite the dog’s appearance, she is not depressed at all. The dog enjoys playing as much as any other dog. Madame’s owner also stated that Madame and Luna are both a hoot to have around the house.

Since Madame’s Instagram account was created, they’ve had a lot of fun shooting photos wearing various colorful clothes and even Luna had joined the fun. Fans are also sending Madame a great deal of nice and adorable messages.

One commenter stated that every image of Madame Eyebrows makes her grin, while another stated that Madame’s expression is always a blast to see. 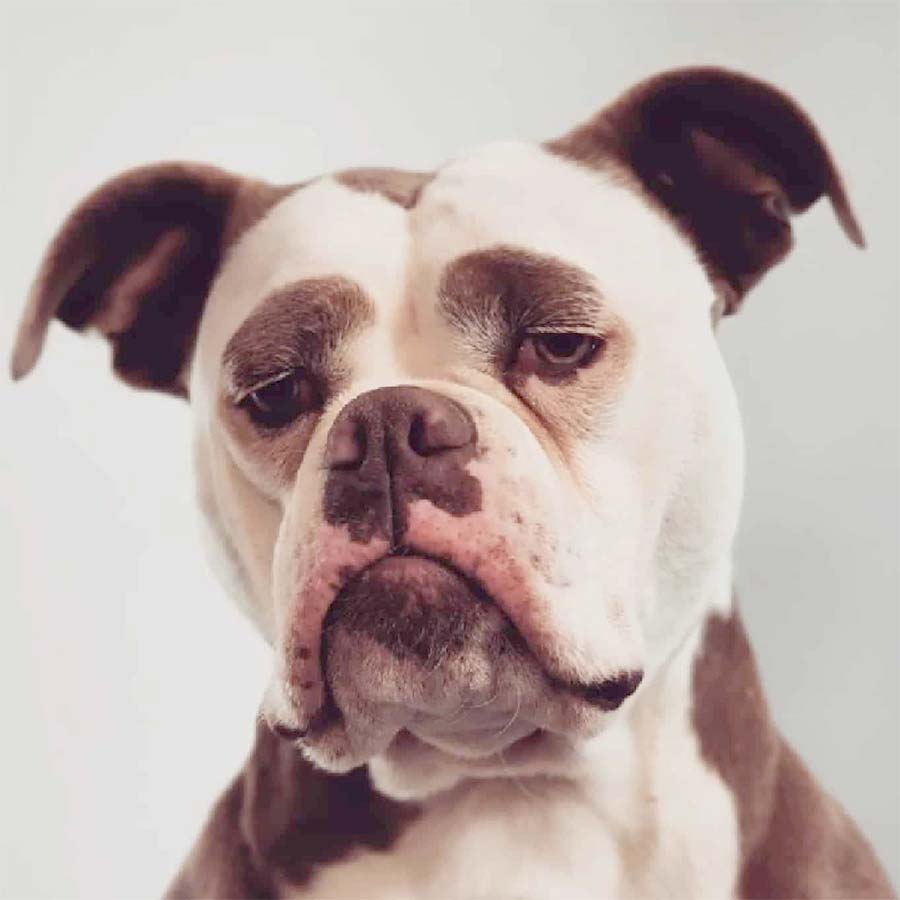 Keep Reading: The Cutest Photo Shoot Ever: Cat And Dog Best Friends In A Pumpkin Patch