Home Team Doggy Stories Hilarious Dog Leads Dad On A Merry Chase Around Their Yard, Their... 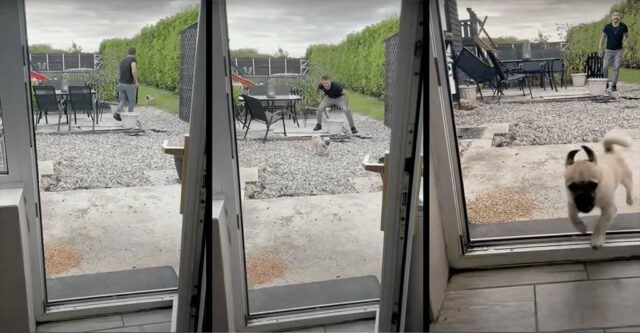 If you believe that dogs have a mind of their own, you’re right. They’re mostly obedient and they’re insanely loyal, but when they’re bent on doing something, nothing can get in their way.

That’s precisely what happened with this dad and his pet, Gibson. Dad wanted the dog to get inside the house, but the dog refused to. 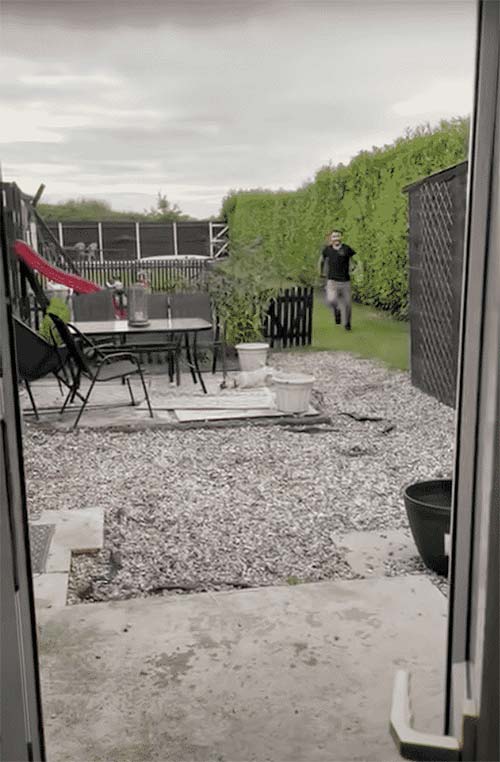 Seriously, if Gibson doesn’t want to do something, there’s no convincing him. Dog owners know all about this trait.

Dad started all serious like he always does when he wants something done. Unfortunately for him, Gibson was equally dead set in prolonging his playtime outside. 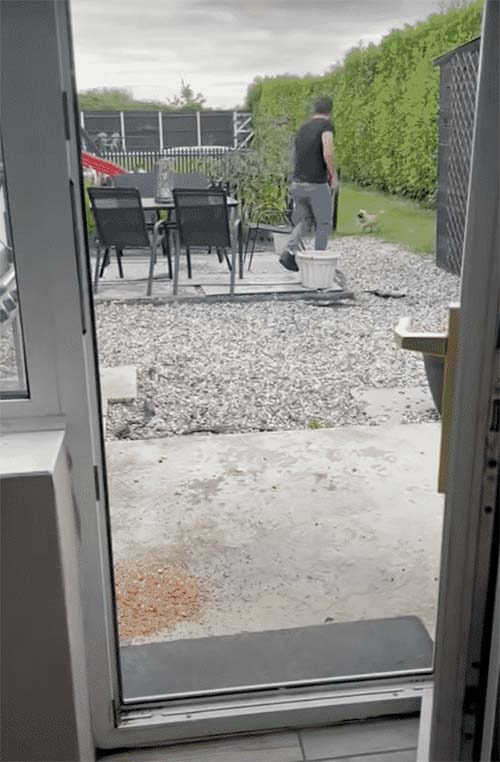 The dog’s hooman used the best authoritative voice he could muster, but it didn’t have the desired effect on the puppy. Gibson darted away and ran around his dad.

The dog led his owner sliding all over the yard as if it was a game of tag. It was hilarious to watch, although dad probably didn’t think so at the time. 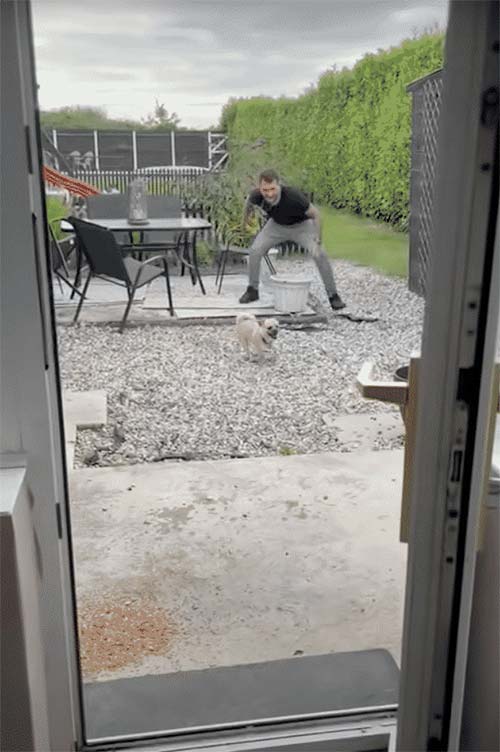 If you ask where mom was the whole time, she was busy capturing everything on camera. She was equally busy laughing at the sight of her husband and pet trying to assert their alpha status on each other.

A gauntlet was thrown, and each party was trying to exert dominance. Dad and dog engaged in a merry chase around the yard. Gibson even skidded on his face trying to get away from dad. 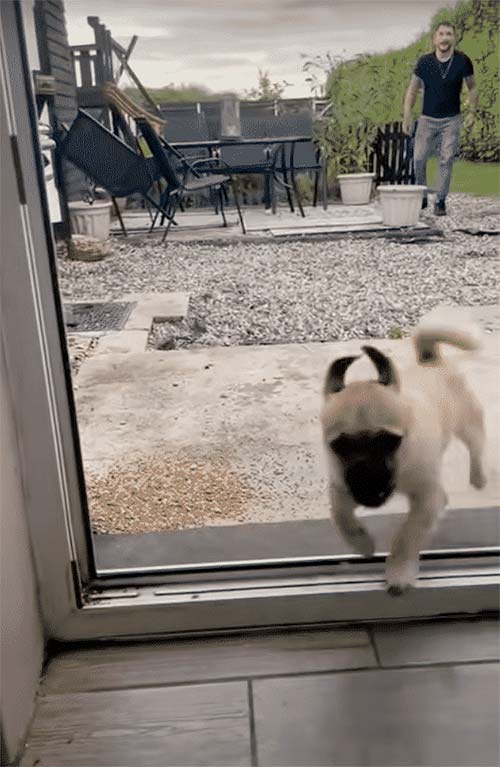 Dad had to ask mom to call Gibson. Mom did sweetly, and presto, the puppy came running inside.

We’re sure this dog was exhausted after everything that happened. Dad was more so, and his funny way of asking mom for help said so.

If you don’t have a dog yet, now’s the time to do it. If you really laughed as hard as we did with this video, do share this story!

Read another fun dog story: Stop Embarrassing Me Mom! French Bulldog Caught in the Act, And Her Expression is Epic