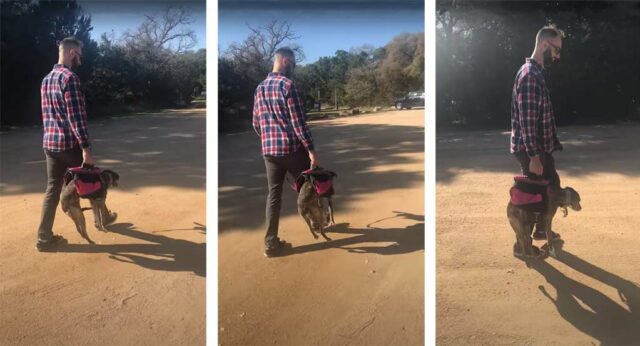 We’ve observed that dogs and human kids have too much in common, and it’s uncanny. If you want to know what we mean, check out this “Mini Wolf’s” story.

A big ‘ol lovable dog named Remus went for a hike with his dad one day. The pet had a great time on the hike and didn’t want it to end. All too soon, it was time to go home, and dad said so. 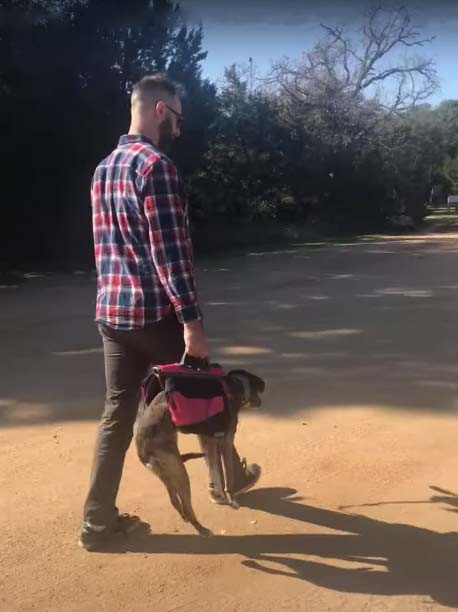 Remus started whining and barking, refusing to move. The dog threw a tantrum because when you’re young and you’re doing something you love, you simply don’t want to leave.

We’re sure that you, our dear reader, knows how that feels.

A Dog Tantrum is No Laughing Matter – Well, Kinda

Dad had to physically haul his furry pet to get him into the car. The dog had straps on him that dad could hold onto, so the pet couldn’t wiggle away when dad carried him. He just carried him away like a briefcase.

A dog can only do so much, but Remus went all in. He sulked during the entire walk to the car!

Does that remind you of anyone in your family? Or, does this dog’s behavior remind you of someone you knew during your childhood years? Maybe even you?

What’s amazing is, this dog’s behavior is just like that of a human child during a meltdown. They don’t do what they’re supposed to, they make a lot of noise, and they act downright stubborn. We could say we might have been guilty of the same time or two in our day. 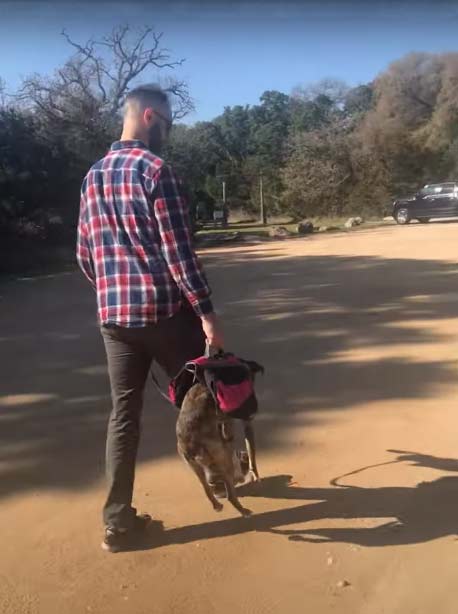 We’re not saying that a dog’s tantrum is the same as a human child’s, but there are some definite similarities. The common denominator is, wanting things to go their way.

In the end, it’s just funny to watch. Unless, of course, you’re the one enduring the meltdown. The latter’s an entirely different story, and it’s one we wouldn’t want to ever experience.

Ready to enjoy another fun dog story? Try this one: And They’re Off! Watch This German Short-Haired Pointer Show Everyone He’s Mr. Speedy