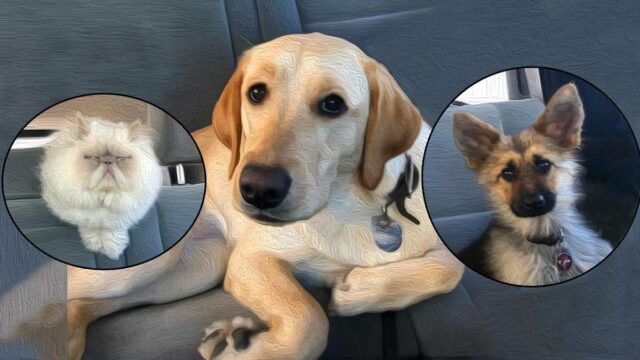 The Adventures of Ranger, Alfie, and Mr. Big

Ranger and Alfie were on an adventure looking for a magic fountain that turns puppies into grown-up dogs.

But, even though they had seen so many amazing places and done so many fun things, no matter how hard they tried, they couldn’t find the fountain. And Ranger just couldn’t seem to grow any bigger.

You see Ranger had an unusual genetic disorder called pituitary dwarfism. No matter how old Ranger gets he will never grow bigger than a puppy. He’ll always be the smallest Shepherd on the block, but that’s okay because he will always have the biggest heart.

“I wish I could be big like you, Alfie,” Ranger sighed as he watched his friend waddle along beside him during a roadside-rest pit stop. “It must be so much fun to be big.”

Alfie shook his head sympathetically. “I don’t know, Ranger. Being small has its advantages too you know! Everyone always thinks I’m tough but to tell you the truth I’m scared of a lot of things.”

“Like Mr. Big, he scares me a lot with his grumpy face and sharp claws.” 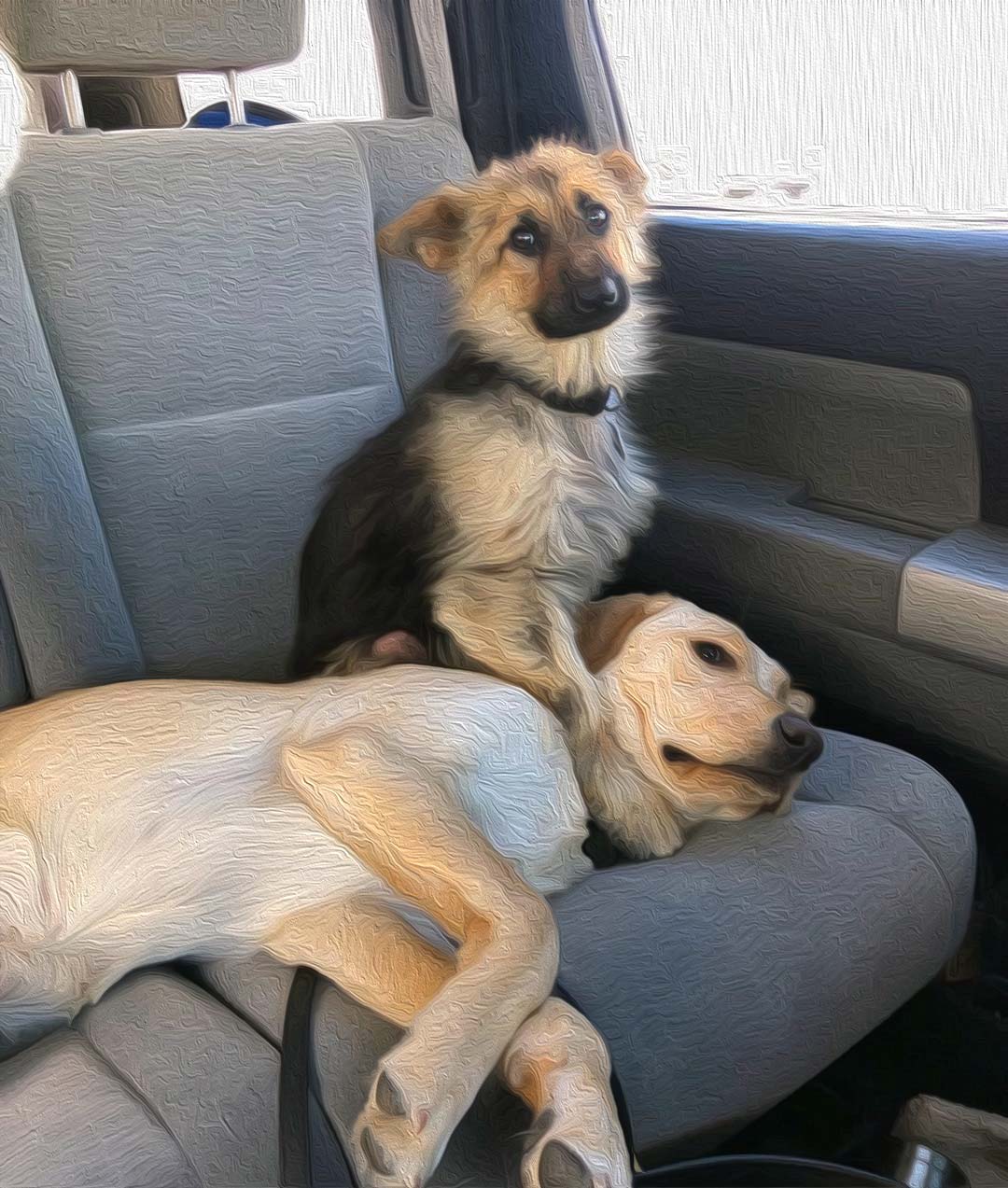 Ranger and Alfie continued their journey, hoping to find a clue soon. They were getting a bit discouraged until they came across a sign that read “Fountain of Growth – turn back now, or else!”

“We found it!” exclaimed Alfie.

“Hmm, it can’t be this easy can it Alfie?” Why is it telling us to turn back now? asked Ranger.

Ranger and Alfie being the adventurous pups they were, had to find out and face any danger head-on! This Had To Be the fountain they were looking for. And sure enough, after fighting off a few of Mr. Big’s angry cat minions, and dodging some vicious raccoons, they finally made it to the fountain.

Ranger was so excited to finally become a big dog like Alfie. He couldn’t wait to take a drink from the fountain and grow up before his very eyes. But as he got closer he could see that something was wrong. The water in the fountain was green and bubbling and it smelled really bad.

“I don’t think this is the right fountain, Ranger,” Alfie said nervously.

Suddenly, they heard a menacing chuckle from the other side of the fountain. It was Mr. Big!

“You thought you could outsmart me, did you?” Mr. Big sneered. “Now you’re both going to pay!”

Ranger and Alfie didn’t know what to do. They were surrounded by angry cats and Mr. Big was getting ready to attack. Just then, something amazing happened. Ranger’s tiny little body started to glow and a protective force field grew around him and Alfie.

Ranger and Alfie knew they had to get out of there fast before they were poisoned by the bad water, or captured by Mr. Big and his angry cats. They ran as fast as they could, protected by the force field, back to their car and quickly drove away from the fountain leaving a cloud of dust, and a whole lot of angry sneezing cats behind them.

As they drove away they couldn’t help but feel like Mr. Big was close behind.

“What happened back there? Where did that force field come from?” asked Alfie.

“I don’t know Alfie, but I think there must have been some kind of magic in the Fountain of Doom that saved us.”

Even though they didn’t find the actual Fountain of Growth, Ranger and Alfie had an adventure they’ll never forget. It wasn’t what they were expecting, but they were glad they didn’t fall into Mr. Big’s trap.

They also learned that even though he’s small, Ranger is still a big hero in his own way.

Thanks for following along on their journey! Be sure to stay tuned for their next adventure.