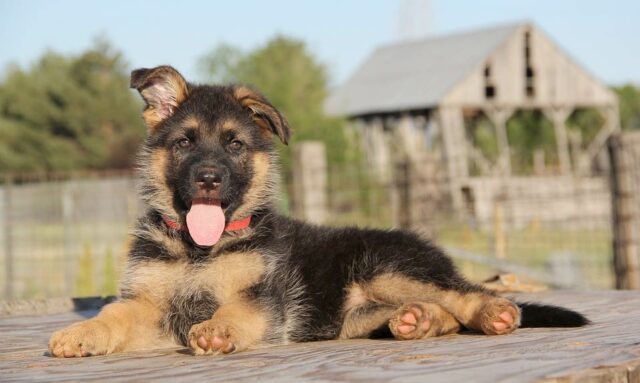 One of the most popular dog breeds in America is the German Shepherd. While these dogs are typically known for their large size, there is a rare condition called pituitary dwarfism that affects a small number of GSD.

This may sound like the ideal dog for you (they are incredibly cute) Dwarf German Shepherds typically need extensive care, regular hormone therapy, tend to develop many health problems, and have a shorter life span. 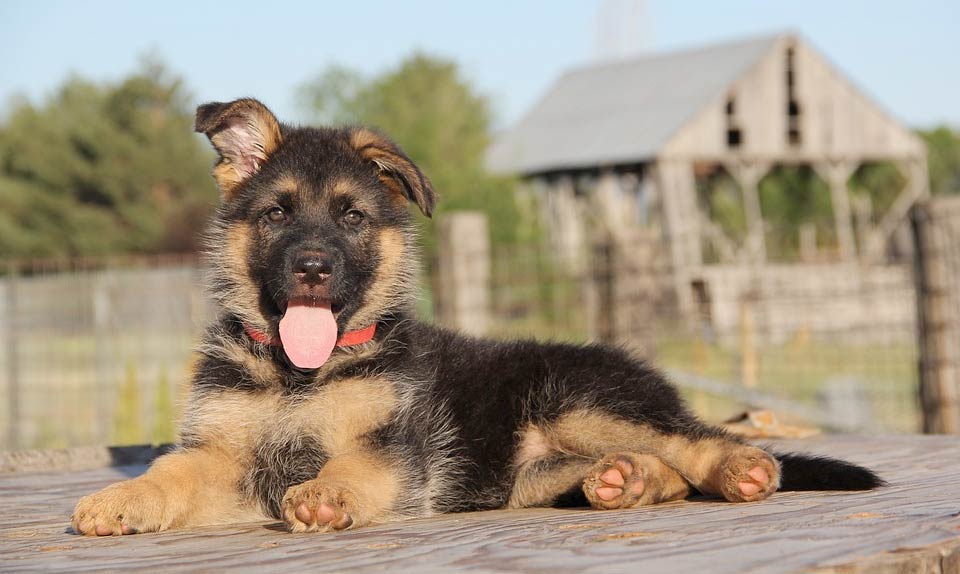 Pituitary dwarfism is a recessive disorder of a gene located on chromosome 9. For a dog to be born with dwarfism both parents need to be carriers each having a single copy of the gene.

Thus through proper genetic screening before breeding getting a German Shepherd with dwarfism can be avoided.

How common is dwarfism in German Shepherds?

PD is often thought to be rare in the dog world but it is occurring in many dog breeds worldwide. Pastoral breeds, those bred to herd, move, and protect livestock, are more prone to the disorder.

Pituitary dwarfism tends to show up most in breeds such as German Shepherds, Collies, Australian Shepherds, Samoyed, and to a smaller degree Spitz, Labradors, Irish Setters, and Weimaraners.

It is estimated that about 20% of German Shepherds carry the recessive gene that causes dwarfism.

What Are the Health Concerns Associated with Dwarfism in German Shepherds?

Dwarf German Shepherds are incredibly prone to a variety of health problems. Because they do not grow to a typical size, they often have difficulty regulating their body temperature and are more susceptible to cold and heat stroke. They also have a high rate of joint problems, heart disease, and cancers.

While Dwarf German Shepherds are incredibly cute, they come with several health concerns and tend to have a shorter life span. For this reason, if you are looking for a smaller version of the German Shepherd, it is best to opt for a mixed-breed miniature German Shepherd.

What are the Signs of Dwarfism in Dogs?

Pituitary dwarfism in German Shepherds is a severe disorder. The clinical signs are not only limited to their appearance. There can be many other hidden problems that show up in a dwarf German Shepherd.

How Can I Tell if My Puppy Has Dwarfism?

There are a few common signs or symptoms that can indicate a GSD is suffering from dwarfism including poor muscle tone and slow growth rate, which usually shows up in puppies between 8-16 weeks old.

Physically the dog’s features are proportionate and do not display shortened deformed legs as in achondroplasia dwarfism, which is a different condition.

Puppies with PD keep their coat for longer in their first year than their healthy littermates. However, they will eventually lose the coat in their first year as the dog suffers from alopecia, which is the medical term for baldness. The head and lower legs usually remain with fur.

Sadly there is no permanent cure for Pituitary Dwarfism but through the wonders of science new methods of treating dwarfism have become available in the last few years. These mostly involve replenishing the lack of growth hormones or stimulating the thyroid to produce more.

There is no canine growth hormone, but some other options have been tested with varying degrees of success including Porcine (pig) growth hormone. Unfortunately, this treatment is very expensive and the results have been mixed.

Progestins are a steroidal drug that has been shown to stimulate the production of growth hormones from mammary duct cells. [source] The progestin is given every three weeks for several months and gradually tapers off to every six weeks after that.

This treatment has been successful although it has a few side effects such as diabetes mellitus, allergic reactions, and even tumors.

Thyroid hormones can be stimulated with synthetic levothyroxine, (a medication also used in humans with thyroid issues). Levothyroxine has been found to have some success as you will see in Ranger, a famous Instagram Shepherd with dwarfism.

Although treatment can significantly improve a dog’s life, it can also cause unwanted side effects so consulting with your veterinarian is recommended.

Without treatment, the typical dwarf German Shepherd will live 4-5 years. There is no cure for dwarfism, but there are treatments available that can help. With the proper care and hormone therapy, Dwarf German Shepherds can live to be about 10 years old, while a typical GSD lives to be 12-14 years old.

Due to the many health concerns associated with dwarfism, before purchasing a dwarf German Shepherd you should consult with your veterinarian to see if this is the right dog for you.

If you are considering adding a German Shepherd puppy to your family, it is important to be aware of the possibility that your dog may have dwarfism. There is also a chance he or she may pass it on to their puppies. While there are significant challenges associated with owning a dwarf GSD, these dogs are incredibly sweet and loving and can make wonderful pets with the right care and attention.

Ranger is a Dwarf German Shepherd who has taken the internet by storm with his adorable Instagram account and happily wagging German Shepherd tail. He is a purebred AKC German Shepherd, however, due to his parents both having the recessive dwarfism gene he developed pituitary dwarfism.

In Ranger’s case, he did not initially suffer from health issues or symptoms other than his small puppy-like size. Eventually, he started developing dry itchy skin and some spots of balding like a typical PD Shepherd, perhaps due to his lower than normal thyroid production. Because of this, he has been taking levothyroxine, which helps the thyroid reach normal levels.

With the help of the medication and some natural remedies including fish oil, goats milk soup baths, and pre/probiotic conditioners his skin condition has been improving tremendously.

Ranger has over 139,000 followers and posts regularly about his life with his human family and other furry friends. What makes Ranger so special is that despite his small size, he is a big personality who loves to play and enjoys spending time with his human family. If you’re looking for a furry friend who will make you laugh and loves to cuddle, then Ranger is the friend for you!

Follow Ranger and his friends in a cute short story: Ranger and Alfie Search for the Magic Fountain