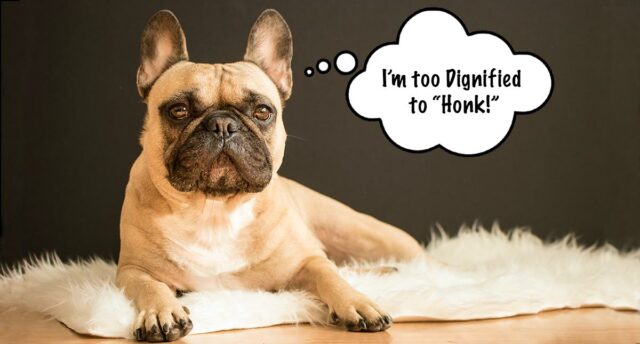 What is Reverse Sneezing in Dogs?

Reverse sneezing is a common condition usually occurring in small or medium-sized dogs. The official term is paroxysmal respiration. Essentially the dog rapidly pulls air into its nose, causing it to snort in and out repeatedly.

Why Does My Dog Snort Like He Can’t Breathe?

I was sitting on the couch, scrolling through my Facebook feed when I heard a strange noise coming from my dog Duke. It sounded like he was trying to inhale while sneezing! I had never heard of such a thing before, so I googled it. Turns out, it’s a condition known as paroxysmal respiration, or reverse sneezing.

I was so curious to know why my dog sometimes sounded like he was gasping for air, or acting like he couldn’t breathe through his nose.

I watched some videos of dogs doing it on YouTube. It was pretty strange to see!

Duke wasn’t the only dog who made these weird gasping breathing noises either. It seems like quite a common phenomenon. Many other people have noticed this sudden onset of reverse sneezing in their dogs. I was surprised that I had never heard of it before.

If your dog has ever done one of these huffing through the nose, snorting like a pig, or honking noises it’s pretty startling at first. But it usually isn’t dangerous.

Since it happened to my dog, I’ve done a bit more research on reverse sneezing and why it happens. It turns out it’s caused by an irritation in the dog’s throat or nose. This can be from allergies, a cold, or even just dust in the air! It’s nothing to worry about though, and Duke always seems to recover quickly.

If you’ve ever heard your dog make this strange noise, don’t worry! It’s just reverse sneezing and it’s pretty common. Just keep an eye on your pup and make sure they’re okay. If you’re ever concerned, feel free to check with your veterinarian.

How Long Do Episodes of Reverse Sneezing Last?

The vast majority of paroxysmal respiration episodes last less than 60 seconds, and the dog typically appears to be normal afterward.

What Are the Signs & Symptoms of Reverse Sneezing in Dogs?

The most common sign of reverse sneezing is a rapid and forceful inhalation through the nose, often accompanied by a gulping sound. The dog’s chest may heave, and its head and neck may extend. The dog may also paw at their face or mouth as if they are trying to clear their throat.

What Causes Reverse Sneezing in Dogs?

Reverse sneezing is caused by an irritation in the dog’s throat or nose. This can be from allergies, a cold, or even just dust in the air! It’s nothing to worry about though, and Duke always seems to recover quickly.

Is Reverse Sneezing the Same as Snorting?

Yes and no. Reverse sneezing and snorting essentially sound the same but repeated snort noises followed by rapid intake of air through the nose is reverse sneezing whereas a snort is typically a one-time occurrence.

How Do I Get My Dog to Stop Reverse Sneezing?

There’s not a cure for reverse sneezing, but there are some things you can do to help your dog if they’re having an episode. If you’ve been searching for how to stop reverse sneezing in dogs try this:

If your dog is experiencing regular episodes of reverse sneezing, it’s best to take them to the vet for a check-up. The vet can help to rule out any other medical causes for reverse sneezing and can give you some advice on how to help your pup.

Can Reverse Sneezing Be Harmful to My Dog?

No. Reverse sneezing is not harmful to your dog. In fact, it’s quite common and usually nothing to worry about. Despite their awkward predicament they are not in any pain or discomfort. Just keep an eye on your pup and make sure they’re okay. If you’re ever concerned, feel free to ask your vet for her professional opinion.

When Should I Worry About My Dog’s Inverted Sneezing?

You should only be worried about your dog’s reverse sneezing if it is accompanied by other symptoms, such as difficulty breathing, excessive panting, nasal discharge, or lethargy. If your dog is exhibiting any of these symptoms, please take them to the vet for a check-up as they can be signs of more serious conditions.

It’s not a good idea to assume the worst, but reverse sneezing in dogs can be in rare instances associated with more serious issues including: congestive heart failure, heart disease, asthma, Brachycephalic syndrome, upper respiratory infections, and a collapsed trachea.

Can Dogs Eat Seaweed? We Only Trust These Types

Can Dogs Eat Brussels Sprouts? Should They?