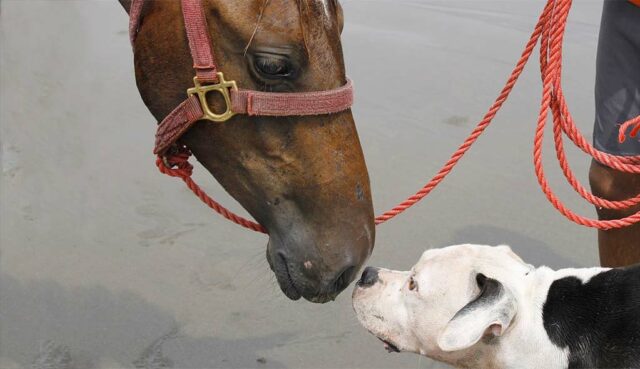 Cami Jendrzejewski is the owner of 17 Hands Equestrian, a fashion boutique for equestrians. She has always been passionate about horses her whole life, but her love for animals also includes dogs.

Cami adopted a rescue dog named Doug. He was found on the street when he was just a puppy but luckily ended up in a loving foster home. His foster mom posted a video of him online. When Cami saw him, she fell in love with him immediately.

Adopting Doug was the best decision she had ever made. Doug seemed to be constantly happy, so it’s hard to have a bad day with him. He would find things to make you laugh, and he’ll do it more when you laugh.

Doug grew up with the horses so he started to act like one. Doug watched the horses and tried to walk like them. Can you imagine a dog trotting around like a horse?

He would go into the stalls to check out the horses and start eating the hay or the bran marshes with them. Cami even caught him nibbling on grass when the horses were grazing. Just like his big best friends. 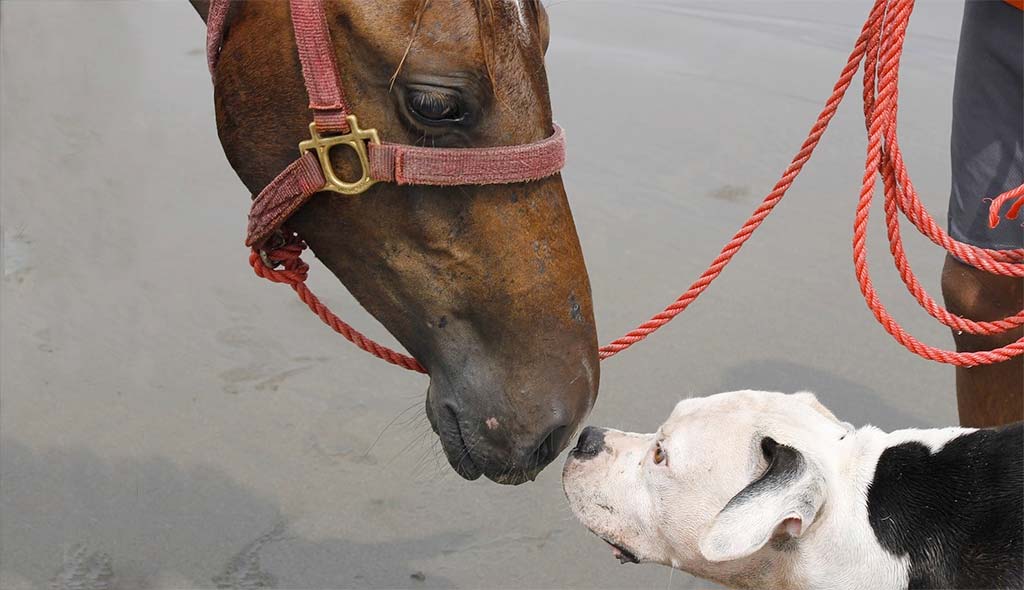 Whenever Cami did anything with the ponies, Doug felt left out. He wanted to be involved in everything, whether the ponies were in the turnout or the hot walker. Doug whined and practically begged to let him join the activity. So, she tied Doug to the hot walker, and he was so happy.

All the horses liked Doug. One particular horse named Nigel was like a brother to him. When Nigel arrived from the United Kingdom, he was very stressed during the trip.

Cami sat all night in the stall to calm him down, and Doug was with them. Nigel put his head on Doug. Somehow, Doug’s presence comforted him. They’ve become very close since then.

Cami did not have to worry about Doug and Nigel when they were at the barn. Nigel took good care of him. Nigel would nuzzle Doug, and they would have nose bumps. They liked bucking, running, and playing together.

It’s wonderful to see different animals interact and form a bond like these two. Watch Doug and his horse family below:

For more silly antics watch this dog who literally jumped into a new family.