Home Team Doggy Stories A Lucky Kelpie Enjoys Mouth-Watering Dishes From His Beloved Father Who Is...

Dog owners don’t usually try to taste their canine’s dog food because, well, it’s for dogs. But a 29-year-old dog owner from Canberra, Australia has been making dog food that is so yummy to look at, even humans would not hesitate to eat them! 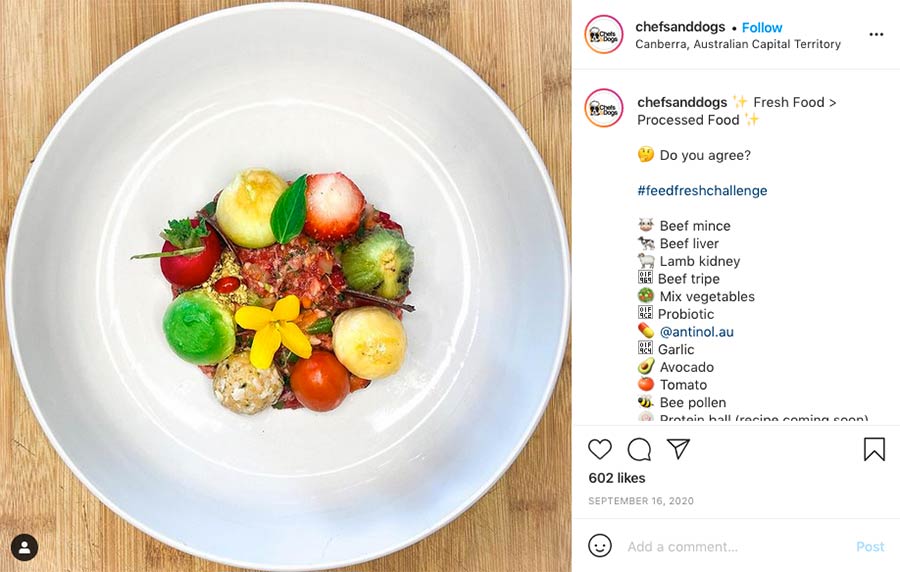 He is Daniel Tomas, a dog owner/chef who whips up mouth-watering dog foods to perfection. Not only that, but he serves food for his dogs that don’t come from cans or boxes but hot pans.

And this great idea came out of necessity.

When Tomas discovered that his beloved dog, Daniel, a Kelpie breed, had developed an autoimmune disease, he was also informed that his dog might even risk losing his nose because of this condition.

His first go-to person to help him with this dilemma was, of course, a veterinarian, but unfortunately, Daniel’s situation was beyond the vet’s expertise. That’s why he turned to another veterinarian, a holistic vet, who opened Tomas to whole new learning, venture, and opportunity. 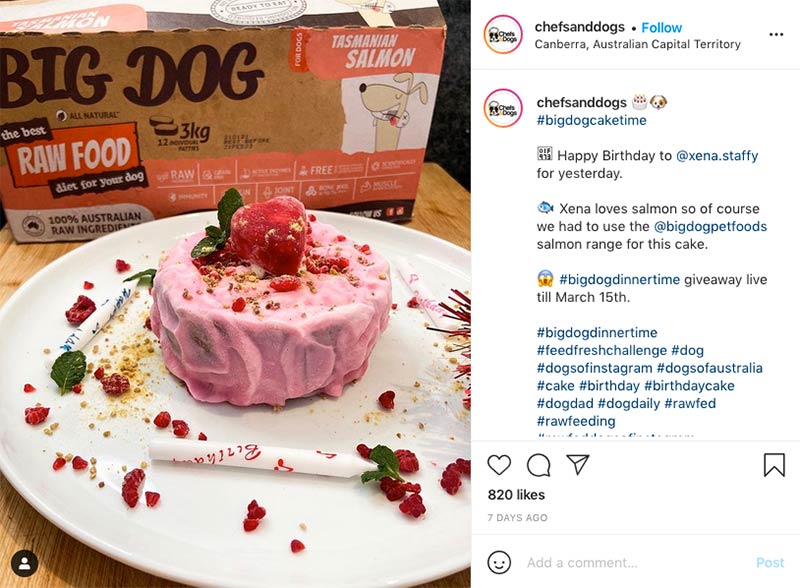 The holistic vet taught him the importance of serving raw and fresh foods to dogs, which can significantly improve their health. Tomas and this new knowledge seemed to be a match made in heaven as Tomas already has ten years of culinary experience.

It also means that aside from knowing that raw and fresh foods are much healthier for dogs, he can also infuse his culinary skills to turn them into restaurant-worthy dishes! Yum!

With the dogs’ tasty meals, which include lamb meat with quail eggs, and ice cream made from Greek-yogurt, there’s no way they would ever go back to their old dog food. Now, Daniel, and his two other dog siblings, Alkali and Caelan have surely forgotten what canned and boxed dog foods taste like.

But tasty meals like this come with a price — literally. Tomas spends about $4,700 every year to whip up these mouth-watering dishes. Though hefty, the price was all worth it for Tomas as it made his dogs even healthier and made more dog lovers realize the importance of changing their dog’s diet.

Through his Instagram account @chefsanddogs, he shares his dogs’ latest meals and even supports fellow dog owners who want to follow this same diet. But he reminds everyone to consult a holistic veterinarian or a dog nutritionist before doing it.