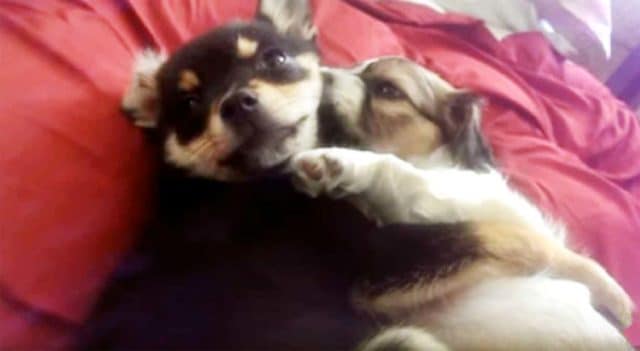 From the moment they’re born, dogs possess the natural ability to attract the attention of their human companions. No matter what they do, they’re able to win the hearts of the persons around them.

As such, two puppies use their innate charm to showcase their love for each other.

I love you, brother!

In the video, a pair of adorable puppies named Tuto and Juj lie comfortably on the bed. While they’re bound to take an afternoon nap, Juj decides to display his strong affection towards his brother publicly. 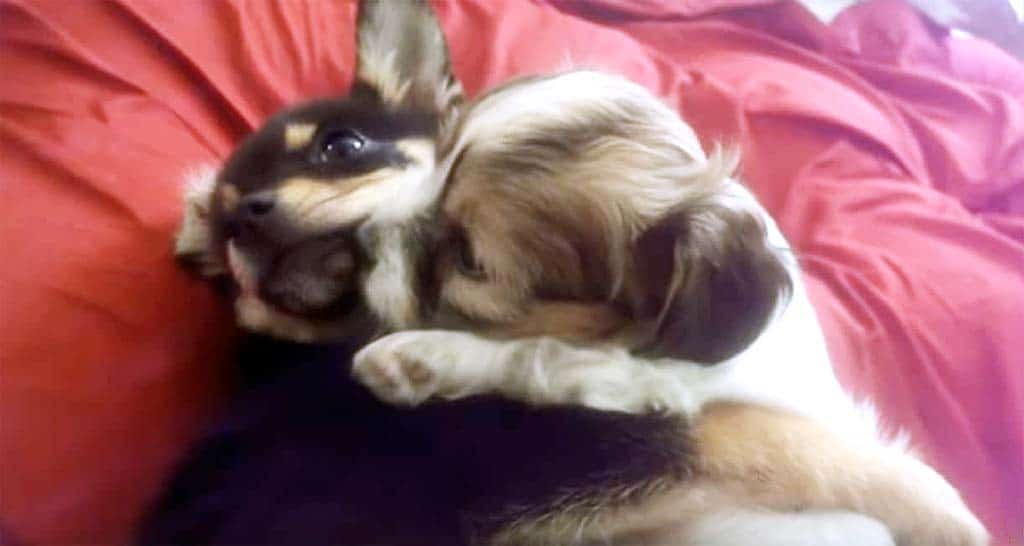 As Tuto comfortably lies on the bed, Juj takes the opportunity to snuggle with him. The younger pooch then proceeds with giving the sweetest kisses on Tuto’s exposed neck.

Basing on Tuto’s facial expression, the pooch prefers taking a peaceful nap without any disturbance. But, as Tuto loves Juj dearly, he doesn’t reprimand him. Instead, he reciprocates his younger sibling’s actions with a warm hug.

Big brother, why so cute?

Despite Tuto giving in to his younger sibling’s whims, Juj can’t seem to get enough of his brother as he continues giving him puppy licks all over his face. From the ears, cheeks and back at the neck, it seems Juj wants his brother to know how happy he is with him through the kisses he’s giving.

Even if Juj’s already sleepy, he doesn’t stop licking his brother. But, as Tuto can’t make a move with his brother on top of him, he can only allow Juj to continue with the loving gestures. 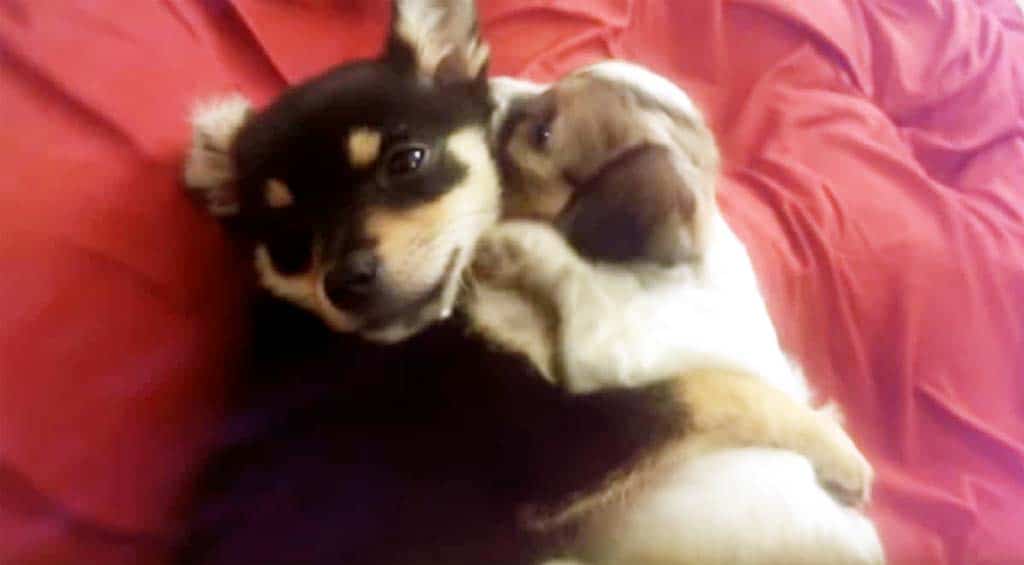 Though there’s no exchange of sweet words between the two puppies, their gestures are enough to get the message across. No words can replace the value of how a genuine hug and kiss feel.

If you need some daily dose of cuteness in your life, perhaps you can check out these adorable puppy siblings’ video below.