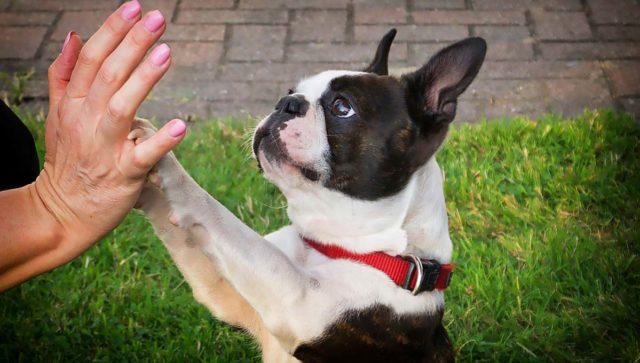 If there is one thing that dogs love the most, it is definitely a tennis ball. There are already thousands of clips and photos on the internet featuring canines with their favorite balls. And all of them never fail to put a smile on everyone’s faces.

This Boston terrier hailing from Saskatoon, Canada, is one of those kinds of dogs. In fact, Manson does not only like tennis balls; he adores them. There is nothing that he loves to do more every day than play fetch with his mom, Kimberly Brown.

The pooch would even brave bad weather just to enjoy a couple of additional rounds of fetch. But among Manson’s numerous balls in the house, he is mostly attached to one particular tennis ball. The ten-year-old pup has formed a special bond with the ball and doesn’t seem to want to part with it anytime soon. 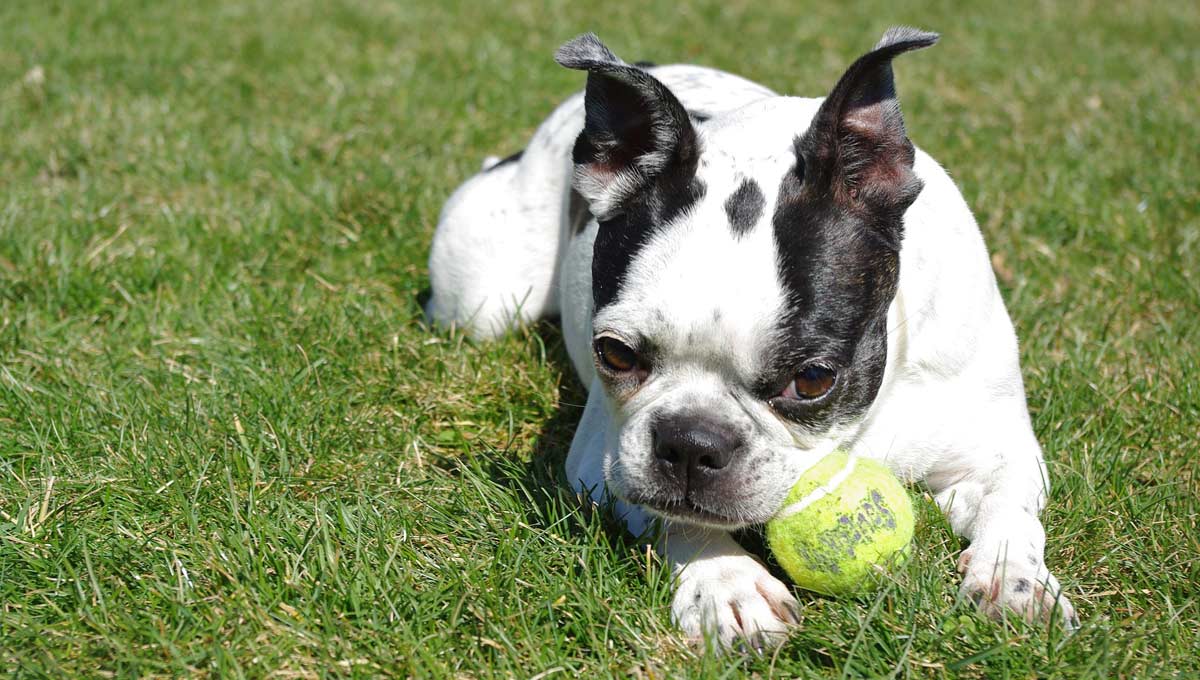 Kimberly even bought her pup several new balls in replace of the old one. But Manson was firm on sticking with his favorite toy. The particular tennis ball was the one Manson would always fetch.

However, just recently, Manson’s fetch routine was interrupted by the winter season’s first snowfall. This usually doesn’t bother the pooch, but this time, it disturbed him a lot. You see, every time the pair played fetch, Manson would just leave the ball out in the backyard.

He did just that the day before the snowfall, leaving his ball frozen on the ground that morning. Manson was utterly peeved at the situation and couldn’t quite understand what was happening. Kimberly, on the other hand, was amused with her pooch’s reaction to the frozen toy.

So she recorded the whole scene, which basically revolves around Manson’s futile attempts to unhinge his stuck tennis ball. His efforts were all in vain, though. Thankfully, his mom was there to give him a hand.

After Kimberly unstuck the ball, the pair went on with their usual rounds of fetch. When the game was done, Manson brought his ball with him inside this time. Hopefully, next winter, he wouldn’t make the same mistake again. Watch his adorable, futile attempts here.

Poor boy, his favorite ball got frozen to the ground after the first snow of the year 😂** I unstuck it for him!❤

If you love watching tenacious dogs get their way how about this post where a clever dog fakes a broken leg to get treats!