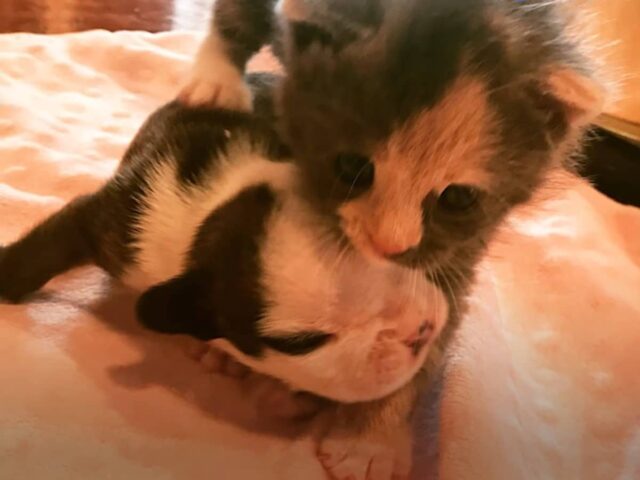 Road Dogs & Rescue received a call from a dog breeder to ask if the rescue could pick up one of his Bulldog’s newborn puppies. Rescue worker, Nikki Carvey, immediately agreed to get the unwanted puppy without any hesitation.

Nikki recalled that she and her colleagues drove to pick up the puppy named Barnabus just nine hours after he was born. Nikki said that the breeder did not want Barnabus because he was born with a cleft palate. 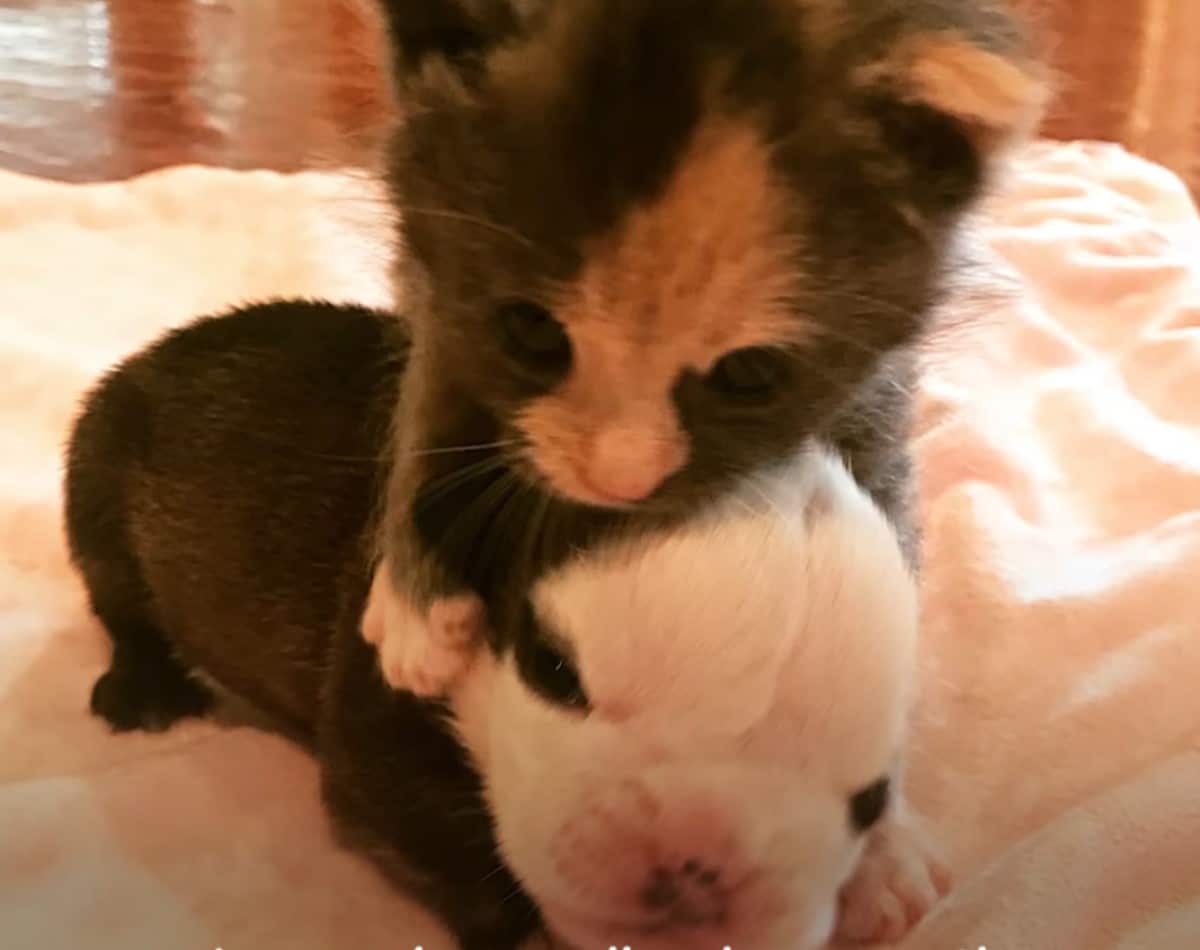 Nikki knew that caring for dogs with cleft palates takes a lot of work because they require to be tube-fed, which not all people are willing to do. However, Nikki wanted to help Barnabus by increasing his chances of survival, and she did not want to let him down.

A kindhearted woman named Laura Labelle heard Barnabus’s story, so she decided to step up and foster Barnabus. However, Laura received another call about another kitten who needed a temporary mom the same day she took in Barnabus.

Laura said that cleft palate puppies usually only have a 50% chance of survival unless someone tube-feeds them regularly. Laura admitted that the first couple of weeks were stressful, but she came up with the idea that might help the two animals thrive.

Laura realized that newborns need stimulation to improve, so she decided to place Barnabus and Broccoli in one bed. Laura shared that the two animals immediately sought each other out and snuggled 24/7.

Laura shared that Barnabus would not have survived if it were not for Broccoli. Laura said that the two animals became inseparable and enjoy playing with each other every minute of the day.

Source: Little But Fierce by The Dodo via Facebook

Need another heartwarming smile? Watch this quick vid about a greeting every dog lover would cherish.