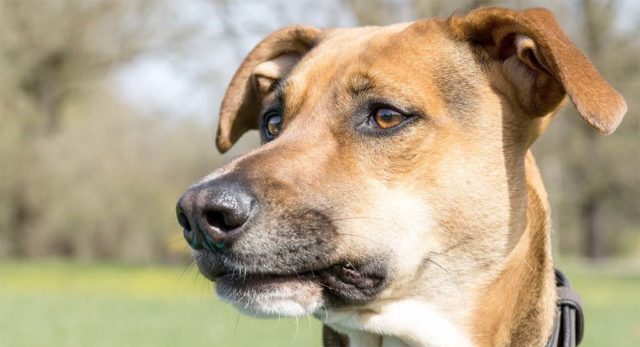 Cats and dogs are often seen as enemies. Even though these two are the most commonly domesticated animals, many of them still can’t get along. But, from time to time, we hear about cats and dogs who develop a deep friendship. Here’s another story about these two pets, which may not exactly be about friendship, but is equally heartwarming.

Pidong Borromeo from Naga City, Camarines Sur, Philippines has an adopted dog named Brownie. One day, he saw his dog carrying something and acting strangely. To his curiosity, Pidong tried to take a closer look at the dog. He was very surprised and amazed at what he saw.

It appears that Brownie found a dead cat. He said that, at first, Brownie seemed to try to revive the cat, hoping that the cat will still survive. Realizing that it was already too late, Brownie held the cat by his mouth. He was blown away by his dog’s gesture. So Pidong took his phone out and started recording.

The clip started with Brownie digging the ground using his paws. After digging a hole on the ground that he thought was enough to fit the dead cat, he laid the cat to rest. Brownie then went on and shoved the soil using his mouth, burying the dead cat.

Pidong was thrilled to see what little Brownie did. He admired the dog’s unexpected compassion towards his fellow animal. Because of that, he said that he would give Brownie a nice meal. Pidong also commented on the post about how protective Brownie is towards his sibling dog.

Many dogs amaze us by their antics. However, Brownie has proven to be something else. His level of compassion is beyond compare. He is very loving and truly one of a kind. Surely, he will make any fur parent proud.

Do you have any heartwarming stories to share about your cat and dog friends? Please leave a comment.