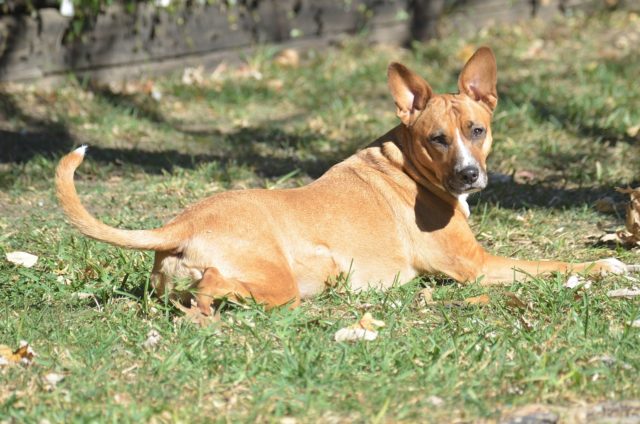 If you’re ever lost in an unknown place where you don’t know or speak the language, would you know what to do? You might panic and feel helpless. But, this street smart dog knew better.

Florida’s Lee County Sheriff’s Officers Sergeant Rose and Deputy Soto were on the field responding to a call. When they were about to head back to their patrol car, they noticed that there was something near the door. Soon they realized that it was a seemingly lost dog.

The dog looked thrilled upon seeing the approaching officers. It was as if he’d been waiting for their arrival so he could get his much-needed help. The officers checked the collar that the dog was wearing, hoping that they could help the lost dog get back to his home. Fortunately, the dog’s collar ID had all the needed information. His name is Hank.

Thinking that the dog might be hungry, Deputy Soto decided to give his dinner to Hank. He opened the patrol car’s rear door, and the dog jumped right in. Hank seemed very appreciative of the food and the ride.

The officers drove the dog back home to get him reunited with his family. They learned that Hank’s owner was not even aware that their dog managed to sneak out of the house and get lost. Hank got back home soon enough for them not to realize that he was already missing. Thankfully, his family didn’t have to go through the agony of looking for a missing dog.

Hank, despite being a little adventurous, is such a street smart dog. He knew exactly what to do when he got lost. He was able to get help before anything terrible happened to him on the street. Otherwise, this would be another heartbreaking story of a lost dog.