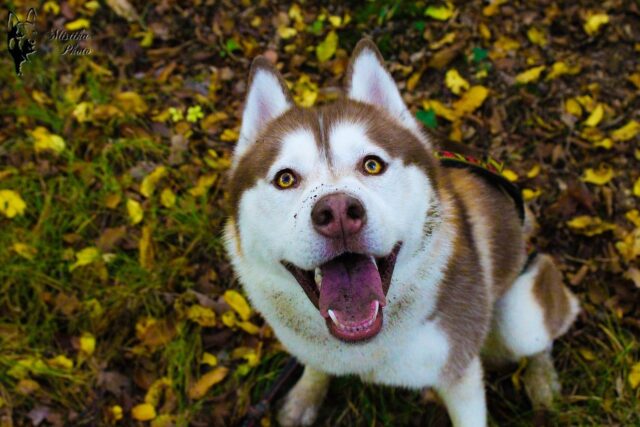 Willie was a Pitbull who has lived his entire life in chains. He has been chained for over seven years. He never had a chance to socialize, so he grew up not liking other dogs.

That’s why when Jill volunteered to foster him, she was required to sign an agreement. The agreement stated that she would keep Willie six to ten feet away from other dogs. That is until they would deem him safe in the presence of other dogs.

This worried Jill a little bit, but she still signed the agreement. Jill was a bit concerned about their neighbor dog, Mint, though. Jill was worried that if the two met, a fight would ensue, and they would get in a lot of trouble.

Unfortunately, Mint was so used to going to Jill’s house that he would sometimes jump over their fence. He would even wait outside Jill’s door. Then something unexpected happened, Willie and Mint met through the fence.

Jill was terrified! She was so worried that the two would not get along. That’s why Jill was surprised when the two started playing with each other. Ever since then, the two have spent so much time together that Jill considered them best friends. Willi was finally regarded as safe in the presence of other canines.

This made Jill very happy. The relationship between the two taught Willie how to be around other dogs. Because of it, Jill learned to bring Willie everywhere because of his new attitude. He has become sociable.

Willie and Jill have Mint to thank for that. He was so friendly towards Willie that Willia had no reason to be aggressive. He learned that he could befriend other dogs. Willie has turned into a completely different dog, and Jill is pleased about it.

Willie not only gained a new perspective in life, but he also gained a best friend. The two dogs continue to play with each other, and they love living right next to each other.