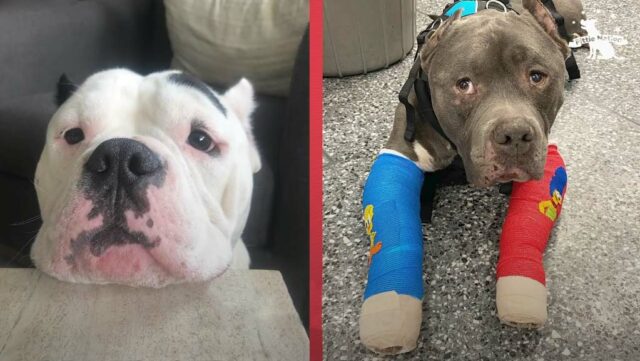 We all know that dogs have a far shorter life expectancy than humans. Most people outlive their dogs and it’s usually dog owners who experience the sadness of the loss of a beloved dog. That’s why grieving the loss of a pet can take so long. However, there are instances when dogs outlive their owners and the sadness they feel can really be seen and felt.

Two pit bull brothers named Tonka and Little P were having the best lives with their dad, Kris Busching. Kris is an adventurous person and he would often go on hikes out in the mountains. The best thing about Kris is that he always takes his two beloved dogs whenever he goes on adventures.

Unfortunately, while walking down a canyon while holding on to Little P and Tonka, Kris lost his footing and fell. Kris died on impact but the dogs survived. When the rescuers came, the dogs never left their dad’s side. Eventually, Little P and Tonka comforted each other on their way to the animal hospital. 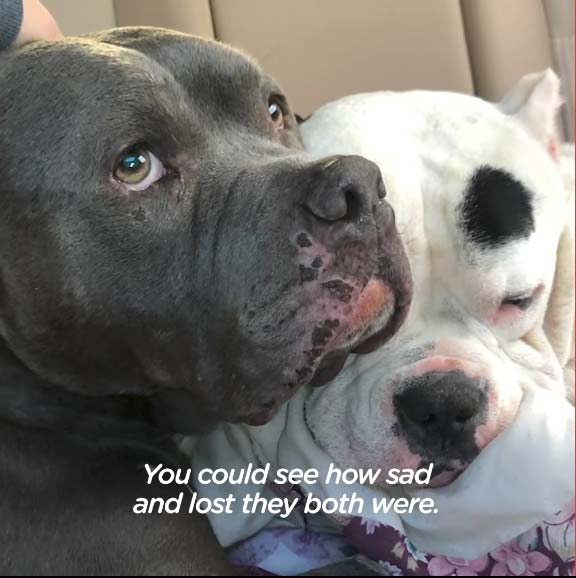 The two dogs were given the treatment they needed for their injuries and Kris’s family decided to foster Kris’s dogs but the two dogs were separated and lived in different homes until they made a full recovery and were adopted. The separation was hard on Tonka and Little P but it was necessary to help the two dogs.

After Tonka and Little P fully recovered from their injuries, they also started to heal emotionally. Tonka and Little P’s family started to look for potential adopters who would adopt the two dogs together and also take them on great hiking adventures like they always did in the past with Kris.

On the day that they were going to meet their new family, Tonka and Little P was reunited. The dogs ran to each other after seeing each other and they also did the most magical thing after meeting their new parents, Brandon and Heilea. Tonka started howling, which was followed by Little P.

Tonka is a very vocal dog but has been quiet since Kris passed away. For the first time in months, Tonka and Little P showed everyone that they’re happy again. Tonka and Little P are now living great lives with their new family. Although they still miss their dad, Kris, they also love their new parents.

We can only imagine how Tonka and Little P felt when they lost their dad. Kris is an amazing dad for his two dogs and his memory will live forever. Here’s a heartwarming video showing how two dogs who experienced tragedy found happiness again.

Tonka And Little P Update: Since this story touched so many hears around the world many people wonder what happened to Tonka and Little P since Kris died on April 9, 2020. Unfortunately Tonka Busching passed away suddenly a few short months later on October 31st 2020. He returned to his dad and will always be in our memories.