Home Team Doggy Stories This Dog’s Owner Never Expected To Own Such A Good Girl That’s... 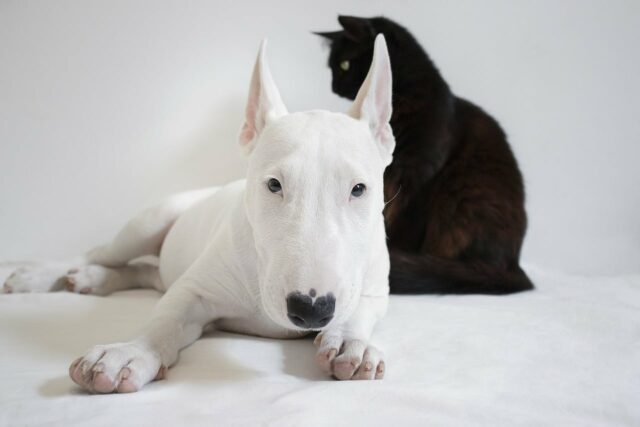 Some people who don’t like dogs can have a change of heart under certain circumstances. For example, a cat lover named Erika learned to love dogs after spending time with one. Her experience fostering a dog named Snoop made her appreciate and understand dogs better.

Erika was contacted by an animal shelter in Los Angeles about a dog that needed a home. She had never cared for a dog before, so she was hesitant to accept the request. In the end, she volunteered to be that dog’s foster parent because she wanted to experience something she was not used to.

When Snoop arrived at Erika’s home, it was obvious that he needed a lot of help. The dog had several health issues that required attention, so Erika sought help from a veterinary specialist. Aside from that, Snoop also had problems socializing, so he needed training.

Snoop is very anxious around people but mingles well with other animals. He would often approach the kittens inside Erika’s home so that he could play with them. It’s as if Snoop’s anxiety does not exist whenever he is hanging out with kittens.

Snoop is a very energetic dog that is always ready to play. Despite having issues with mobility, he loves playing tag with Erika and other dogs. He enjoys that type of activity because it wasn’t something that he could do in his past home.

Erika is unsure of Snoop’s background, but she believes the dog suffered from some form of abuse. Snoop’s quiet nature and reluctance to meet people prove that something bad happened to him. Thankfully, Erika has made efforts to make sure that the dog recovers from any past trauma.

Erika only intended to be Snoop’s temporary guardian. However, since the woman had grown attached to the dog, she ended up keeping him for good. Erika never imagined it would turn out like that, but she’s happy about it regardless.

Read another surprising dog story: Watch this dog that was caught shoplifting a gift for Christmas.