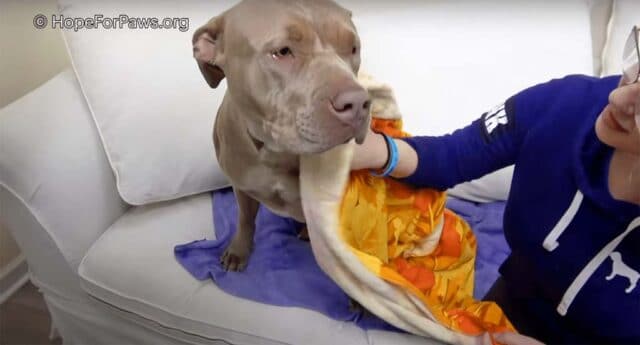 When circumstances change, lives get affected.

This pittie lived with her previous owners before they were evacuated. They left this sweet dog behind.

Maple, the pittie’s name, lived alone for six months after her previous family abandoned her. Fortunately, a lady provided her food during those long days, so she didn’t go hungry. 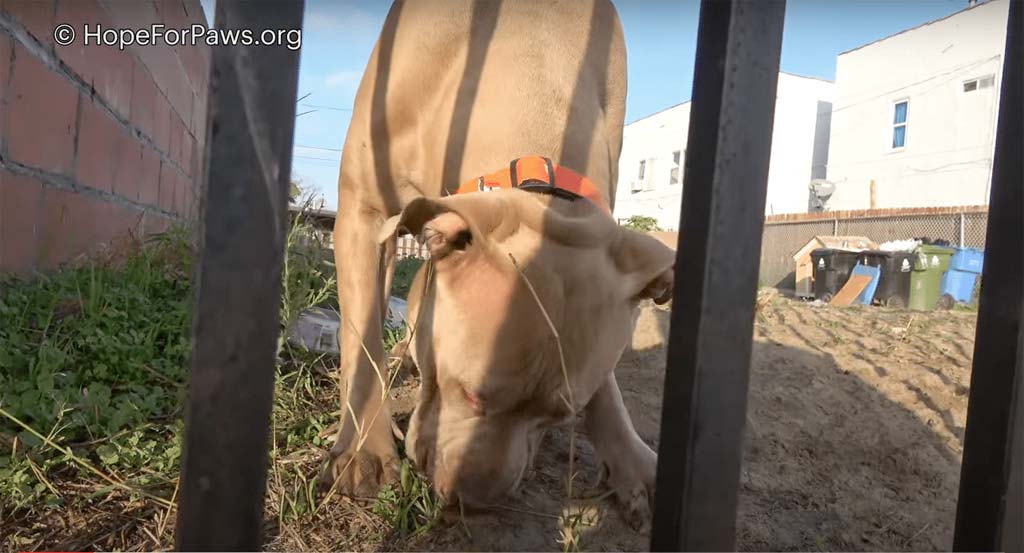 Despite her situation, Maple remained sweet, and she didn’t give our rescuers a hard time. She’s understandably scared, but her friendliness just shone through.

The pittie appreciated the treats and the rescuers so much that she immediately went in for some head pats and body rubs. 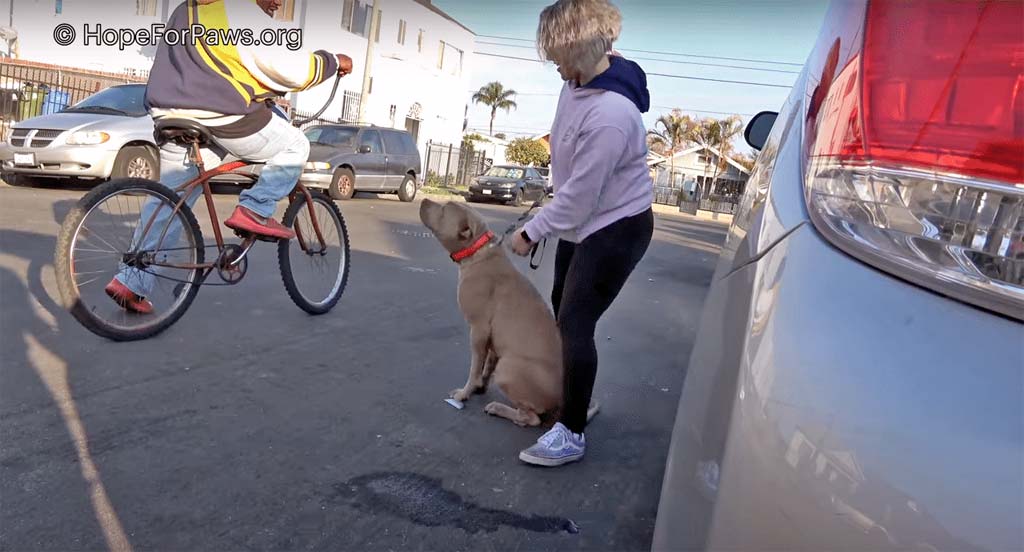 A concerned citizen who knew Maple said that he’s happy the pittie’s off to a new and exciting home. We feel the same, and we thank this rescue team for it.

Maple enjoyed a short ride to the organization’s shelter, where she enjoyed a warm bath, treats, and more hugs from some lovely humans. 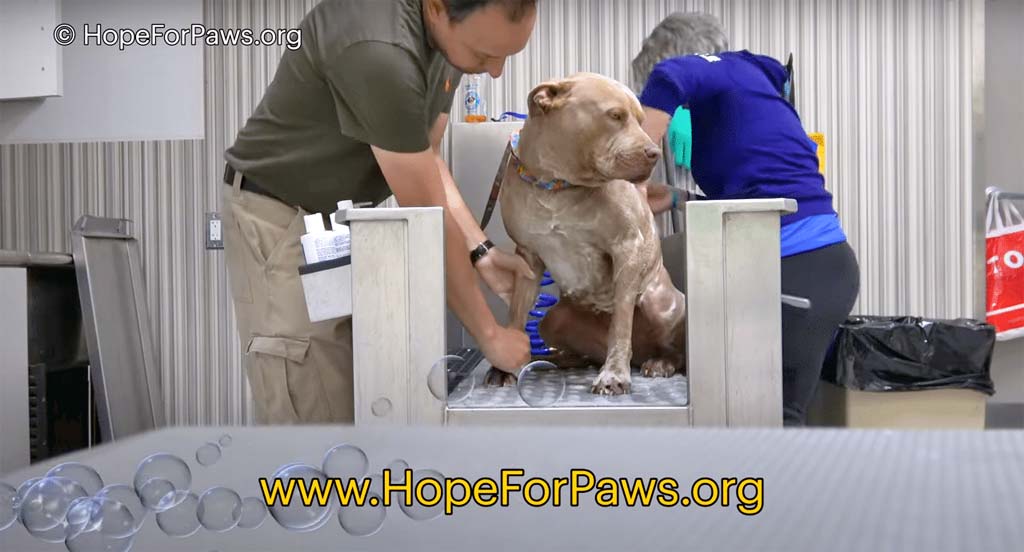 Thanks to the kind lady who made sure Maple didn’t go hungry during her days alone in that yard, the pittie’s healthy.

Hope for Paws found Maple a foster home, and she’s so excited just to live with loving humans and a couple of fur pals as well.

It’s always an amazing accomplishment to save someone in need; it’s an even more incredible one when a group of people dedicates their time and effort doing so. 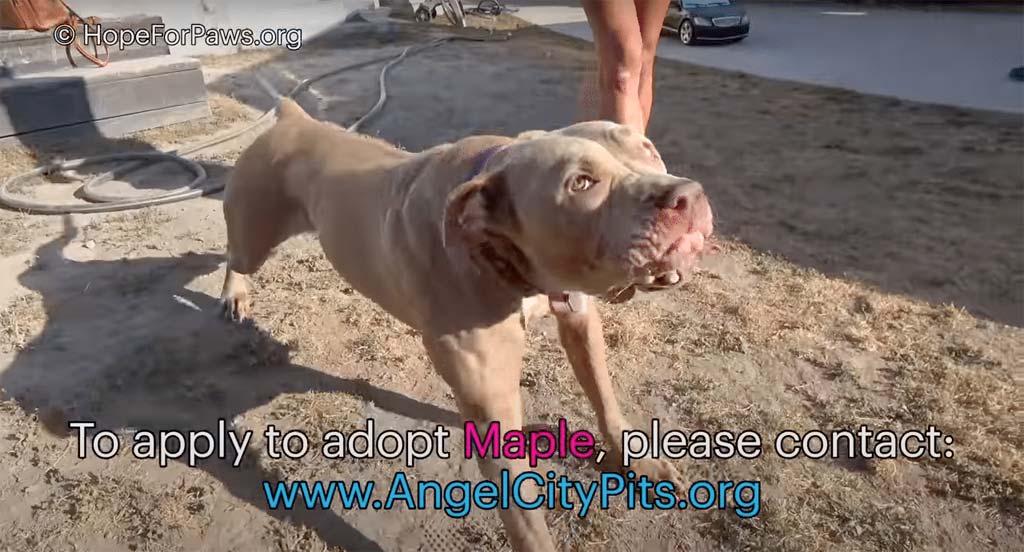 Living alone for half a year didn’t dim Maple’s social skills, and she immediately bonded with a friend at the foster home.

To see a fur pet still get excited over new friends and family despite the previous challenges is inspiring. You could say Maple’s an example of a real fighter who doesn’t let circumstances get the better of her.

We look forward to seeing you join your forever home, sweet!

Read this story about how the power of social media helped find a scared lost dag after a tragic accident.