Home Team Doggy Stories Golden Retriever’s Confused And Anxious Reaction Upon Seeing Himself For The First... 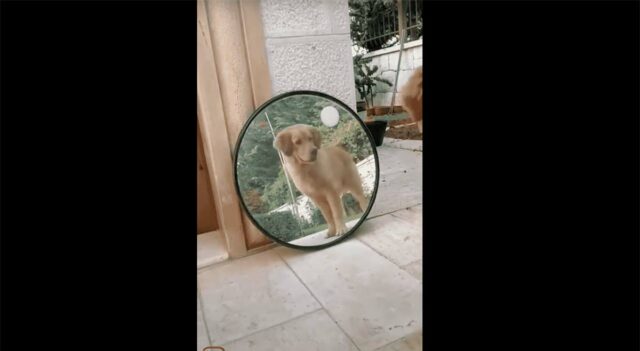 Seeing yourself for the first time in the mirror could be quite a surreal experience. It’s what happened to this Golden Retriever named Milo.

He was out in the yard playing all by his lonesome when he spotted an unusual object by the porch. He quickly came to check it out, but then something weird happened. 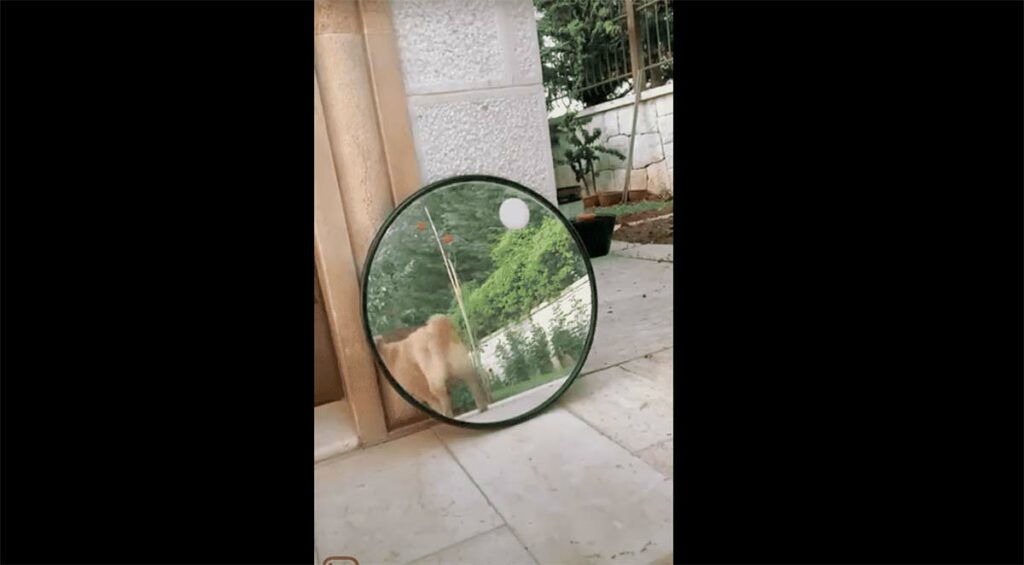 Another dog slowly walked up to him and when Milo stopped, the other puppy did too. The golden must have been equal parts anxious and equal parts excited. This doggo’s a potential friend!

Milo just couldn’t figure out how the newcomer in the mirror was able to mimic his moves so perfectly. He knew that dogs observed and sometimes copied, but this one’s a pro. 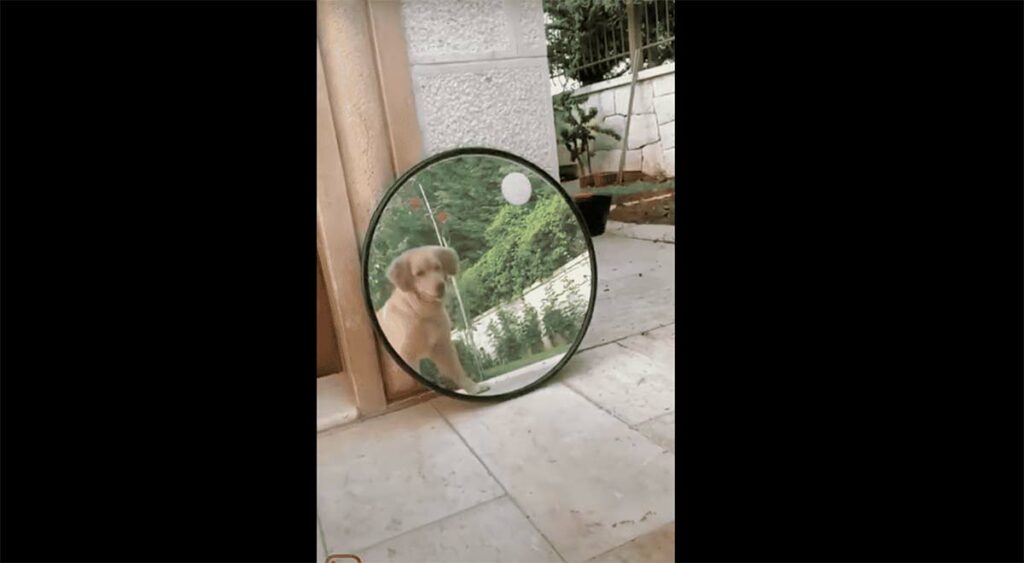 How do we explain to this little one that it’s his own reflection he’s seeing? We’re not too worried, though, because dogs gradually understand how mirrors work by being exposed to them regularly.

In a way, this cluelessness is a look that’s good on dogs. Those head tilts, hilarious actions, and confused reactions are just a few of the many reasons we find canines funny. 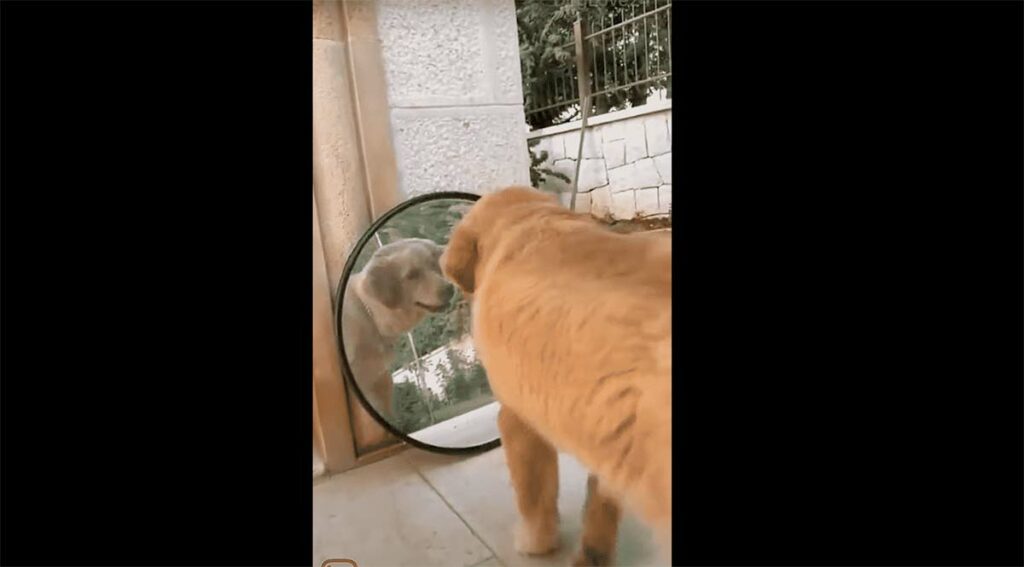 Milo continued his attempts to figure out just who was in front of him, and how that puppy was so good at imitating his actions. He was confused, but this fluffball didn’t give up.

He decided at some point to walk away, but when he saw the other puppy did too, he came back. The other dog did the same, and poor Milo got even more confused. 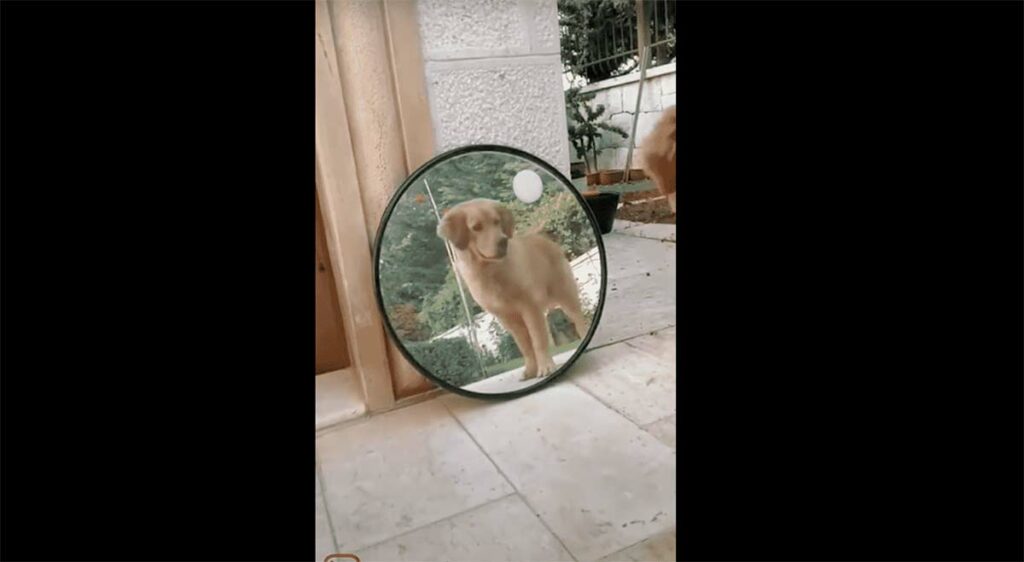 We’re not sure if he made sense of it all after that first encounter, but we could definitely say that Milo picked some things up. After all, dogs are experts at figuring things out in their own time.

Merci for lightening our mood, pet! Don’t worry, everything will make sense in time.

Read More: Man Who Woke Up To See A Random Dog In His House Ended Up Adopting Her