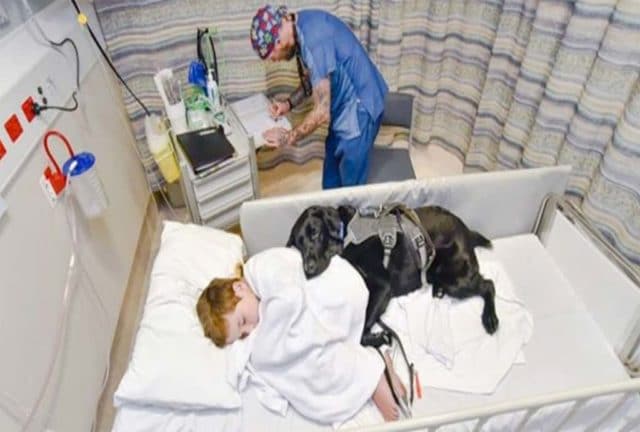 Dogs are the most loyal companions one could ever have. A guide dog, mobility assistant dog, diabetic or seizure alert dogs, seizure response dog, a psychiatric service dog, or just a best friend you can tell your secrets to, dogs can be anyone you need them to be.

James Isaac, a young lad with autism, relies so much on Mahe, his ever-dependable service dog. Flinching from both eye and human contact, James, unfortunately, does not speak, even to his family. But all anxiousness and fearfulness became lesser, all thanks to the 9-year-old dog Mahe. 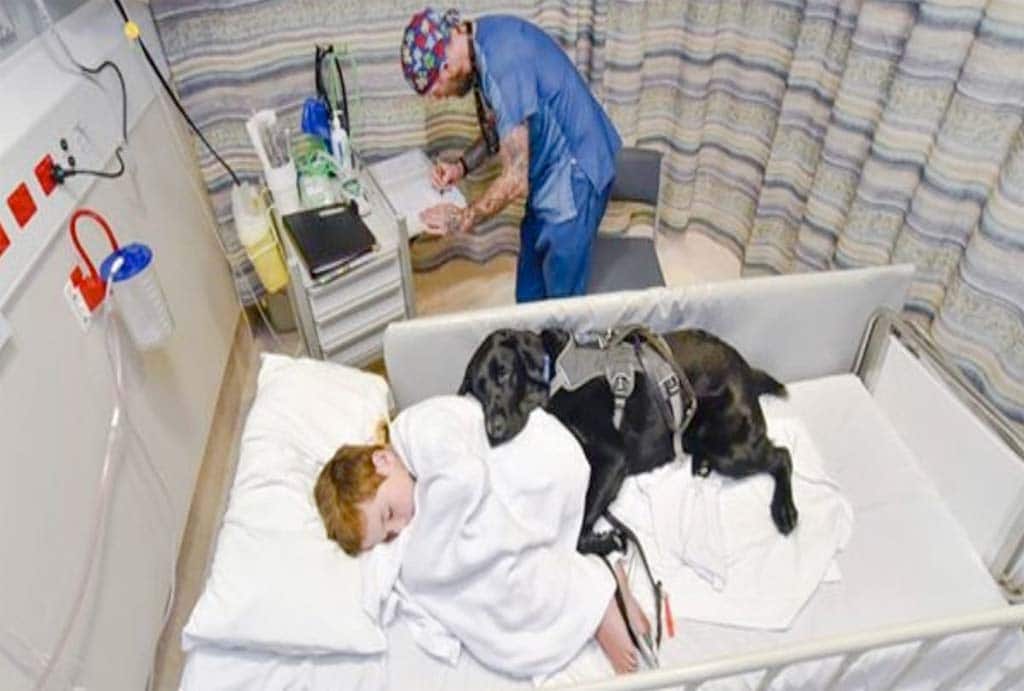 Mahe, a black Labrador Retriever, has undergone Assistance Dog training in New Zealand before arriving into the Isaac family almost three years ago. Hospital appointments are necessary, especially for children suffering from seizures.

People like James dread meetings with doctors who are nothing but strangers to him. Also, such an experience can be overwhelming and frightening to them.

Even his mother was concerned with how the entire ordeal would go. But because the doctors allowed Mahe to accompany him in the ward for a thorough check-up, she was flooded with relief.

James’ mother goes on to tell how Mahe makes sure that he is always beside James, and keeping him from roaming around mindlessly, even helping his best friend in social situations that can be stressful to James. And she also shares that their pet alerts them every time James is having seizures.

Mahe has proven himself to be a good boy because of how dedicated he was and how hard he worked to bring comfort to his best friend. He never left his side and even nuzzled his face to James’ who was lying on the hospital bed, injected with anesthesia.

Ever since this little angel in disguise came into their lives, James and their home have become so much livelier and happier.