Home Team Doggy Stories Pittie Sneaks The Cutest Nap With His Human Sister After A Long... 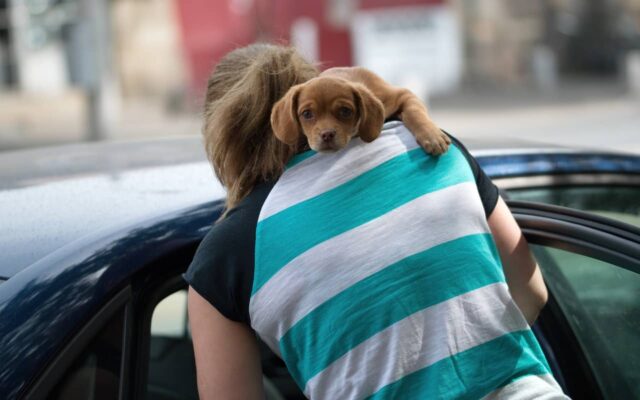 When Kamilla Ferreira adopted a pit bull named Nino, she was astonished when people on the street got scared of him. For her, the four-month-old little pup is just a big baby who likes to snuggle and spread happiness.

According to Ferreira, people sometimes are afraid of Nino’s tough look. However, a few minutes later, they would get enchanted. He loves to welcome people on the street with such joy. Their neighbors also know him by name.

Nino especially loves snuggling with Ferreira’s teenage sister named Carol. It looks like every time they are together, there is always napping involved.

Ferreira said that the two napping buddies have a very strong bond. Carol is also like a big sister to Nino, while he is such a professional cuddler.

Finally, Ferreira caught the adorable duo snoozing on video after their trip to the beach. Nino had enjoyed a day of experiencing the water for the very first time and running around the sand. On their way home, the little pup was tuckered out. 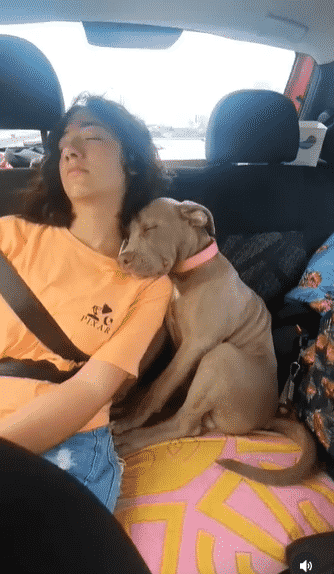 Carol suddenly fell asleep in the backseat of their car. However, Nino tried so hard to stay wide awake. Eventually, the gentle movement of the car calmed him to sleep. And the sweet pair snoozed together until they got home.

That was when Ferreira decided to take the opportunity to capture the sleeping buddies in action. She found it so cute, so she just had to document it.

The video has since garnered three million views on TikTok, making Nino a trending sensation for what he is best at doing, sleeping.

The sweet pittie looks just like a very tired little kid, snoozing in the car with Carol, which does not surprise Ferreira. According to her, Nino’s eyes are very bright that sometimes he seems to look like a furry child.