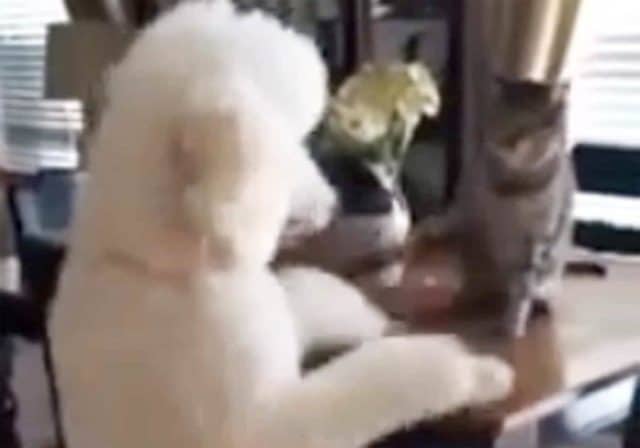 No matter how old a person gets, the kid inside them feels giddy with excitement when it comes to games. The whole experience gets better when more people participate in it.

As such, it’s understandable for a particular poodle to entice his feline friend to come and play with him for a while.

In the video, one can see a pure white poodle and a cat standing in the dining area of their home. However, it seems the poodle’s come up with an exciting idea as he makes side glances at the cat. 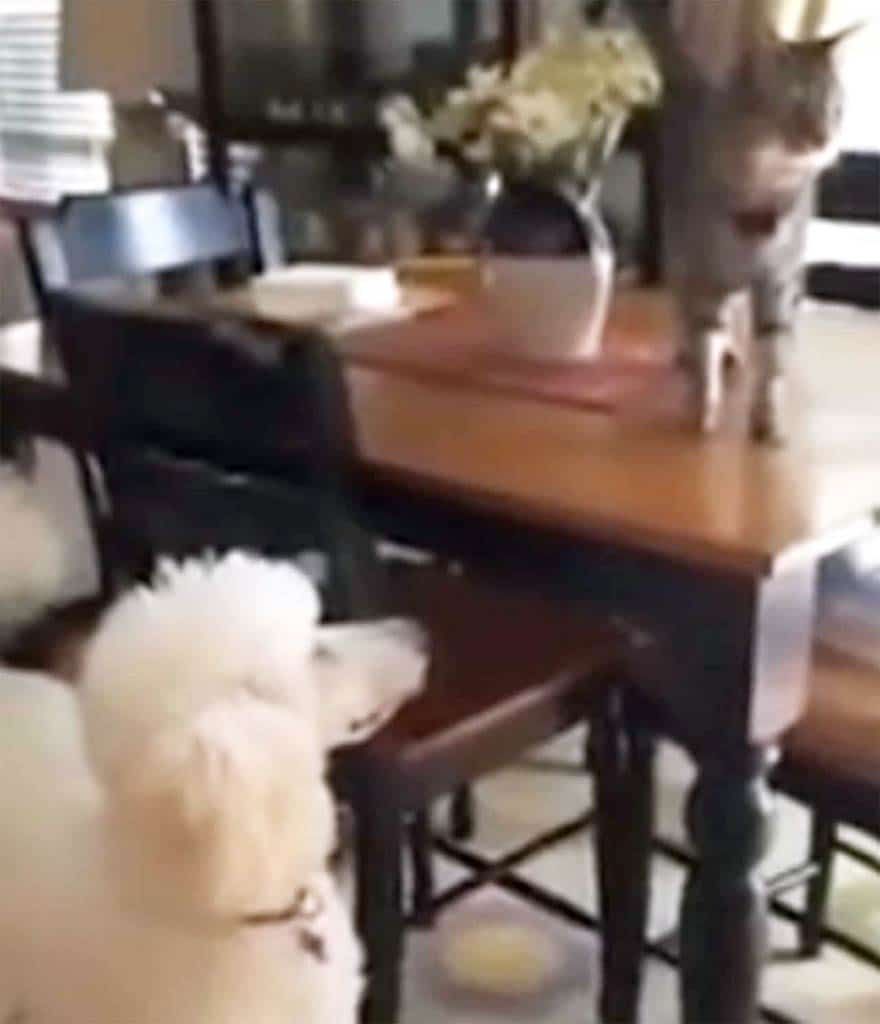 It seems the cat’s also curious with the dog’s intentions as it returns a glance at the pooch. But, nothing can prepare the cat with the pooch’s next course of actions.

Out of the blue, the poodle jumps and places its paws on the dining table. The pooch then starts tapping its legs on the furniture as if playing the piano. But, the cat isn’t quite receptive as it starts swatting the dog’s paw away.

Come on; this is fun!

Despite the cat’s cold reception, the playful pooch didn’t waver. The poodle even proceeds with another series of taps on the table and coupling it with a playful swipe at the cat.

But, the pooch’s persistence further irked the cat. The angry feline swats the dog’s paw away with another forceful swipe. With this turn of events, the pooch decides to switch plans. 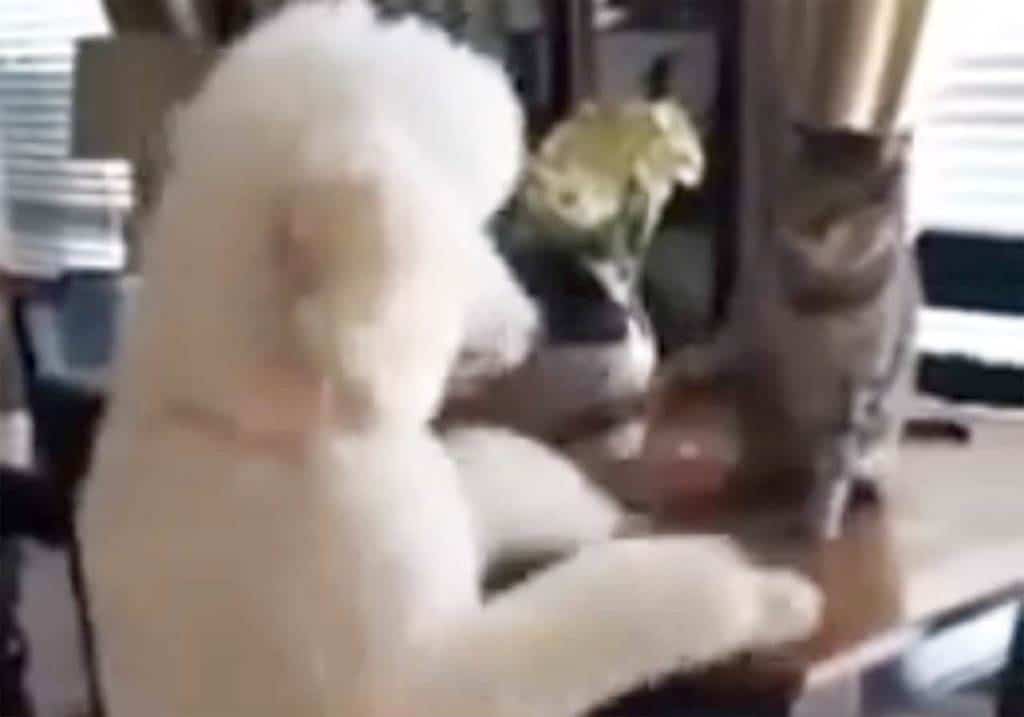 The poodle then starts jumping at different corners of the table, doing a few taps along the way. But, each time the dog does this, the cat continues jabbing and swiping at him.

However, the cat’s patience’s wearing thin as it walks away from the pooch and goes somewhere where the dog can’t reach it. If you want to discover what happened next, click the play button on the video below.