Home Team Doggy Stories This Real-Life Super Dog Can Move Cars And Leap Up To 16... 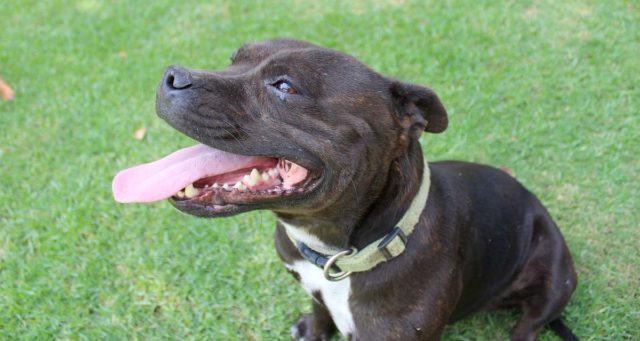 As kids, we had always wanted to be superheroes just like Superman and Captain America. Admit it or not, you imagined gaining invisibility powers, super strength, and the ability to fly. But if you think superheroes and super dogs only exist in movies and comics, then think again.

This adorable and mighty pooch hailing from Sao Paulo, Brazil is a real-life action star. Meet Romeu, an awesome Staffordshire bull terrier who can outmatch any human when it comes to strength and agility. Romeu is only two years old, stands at about 15 inches at shoulder height, and weighs only thirty pounds.

He may be pretty small for the average Staffordshire bull terrier, which can weigh from forty to forty-five pounds. But little Romeu will definitely not come in last when it comes to physical tests. His 31-year-old owner, Renato Videira, began training him four months ago as their hobby. 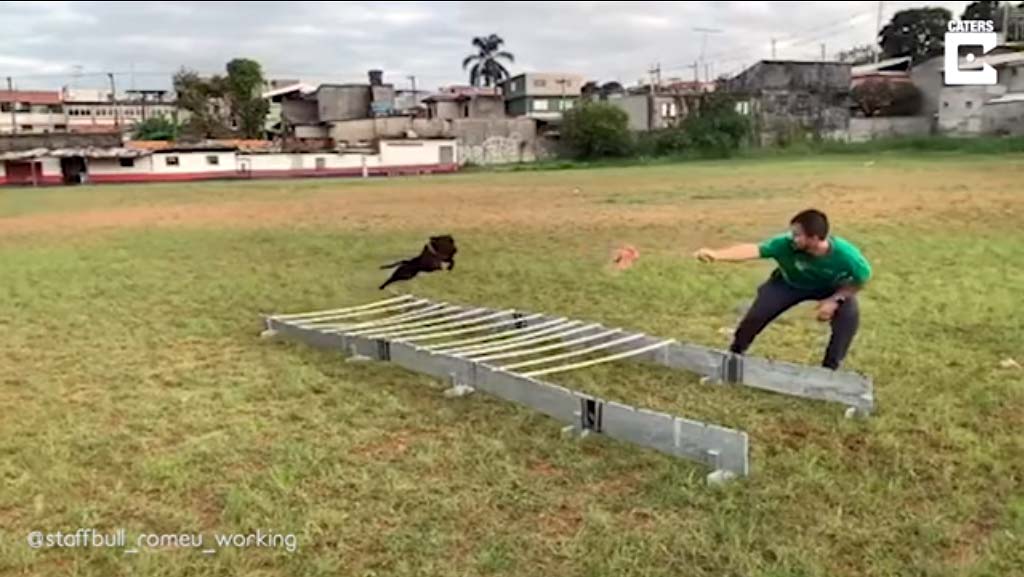 However, the pair enjoyed the routine so much that they decided to make it a weekly hobby. Well, needless to say, the results were pretty astonishing.

Within four months of hardcore training, Romeu can jump to a height of sixteen feet and run up gigantic tree trunks. And believe it or not, he can even make any parked cars move without breaking a sweat. This pooch sure knows how to impress.

Renato mentioned that it was only the start. He is already looking forward to seeing the full potential of the pooch. After all, his breed was actually used as a fighting dog in the early days. He wouldn’t be surprised if Romeu shows his full capability in the following months.

Thankfully, the pooch enjoys their training sessions too. He considers it his bonding time with his beloved owner, so it’s practically a win-win situation for him. Watch this fantastic super pooch in action.

Want to see another amazing dog – watch this Weimaraner clean up the Environment!

Family Dog Waits At The Door For A Family Member In...

Dogs show their affection in different ways. Some like to cuddle their owners, and others like to put their head on their owner’s lap...

Dog Stays Up Late To Make Sure His Mom Finishes Her...

Thieves Steal Man’s Car With His Dog Inside

Would You Sign Up For Heartbreak if it Guaranteed Unconditional Love?