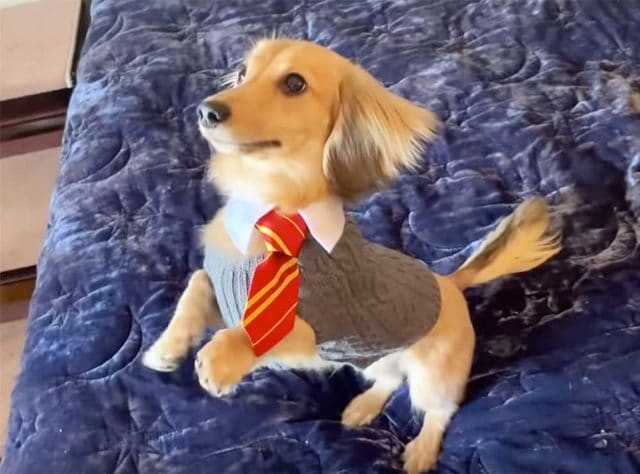 If you are a Harry Potter fan and a huge dog lover this video is absolutely fantabuloso!

Created by Anna Brisbin (AKA Brizzy) out of Los Angeles California. A voice actress by trade and a bit of a (okay huge) fun loving super nerd (said with all respect from fellow practitioners of the geeky arts).

Meet Remus the doxie – perhaps the first dog in the world to hold a repertoire of spells. Remus isn’t your ordinary pup, even if he is the most adorable mini dachshund. You see Remus has learned to do all his tricks with Harry Potter spells.

Watch as Remus performs a montage of tricks below. You will be amazed! 🙂 (Be sure to watch till the end when Remus has to fight off the Dementors!)

Stupefy: This dueling spell successfully knocks Remus out, rendering him unconscious. Point one goes to Brizzy.

Wingardium Leviosa: Watch as Remus levitates into the air, a perfect response to this first year charm.

Avada Kedavra: Oh no she didn’t! Brizzy lashes out with the death spell! One of three unforgivable curses, we can’t believe she used the dark arts on poor ‘ol Remus. Never fear we think Remus is only pretending, he must have dach-shund out of the way in time. (oops, oh no we didn’t – yes we did)

Ascendio: Remus is flung up the stairs onto the bed with this powerful charm.

Descendo: Oops take two. Remus is still a little shaken from his near death experience but gets it right the second time as he floats down off the bed.

Accio (ball): Remus summons his favorite ball right before our eyes. A true mastery of this difficult spell.

Alohomora: Oh this sneaky pup dashes to the door and casts the unlocking spell. Just in time too I think he has some business to do outside (all this spell casting makes a guy need to take a break now and then)

Expelliarmus: Ooh that’s just unfair our hero is disarmed by the pesky disarming spell. Never fear he’ll be back in action soon with a counter spell.

Engorgio: Brizzy is at it again with her offensive dueling spells. Poor Remus will soon be engorged with tasty kibbles. We suspect he’ll need to use that Alohomora spell again soon…

Aguamenti: Yup, we knew it time for a quick run to go potty after the water making spell. Ahem, a little privacy here please! Poor Remus.

Confundus: Oh no – confound! Remus can’t help but spin in circles in confusion.

Relashio: Remus deftly unleashes this spell to well, unleash himself. Oops we did it again. 🙂

Immobulus: Brizzy back at her dueling tricks holds Remus tightly to his spot with the freezing charm.

Lumos: Let there be light!

Wasn’t that amazing? We loved it immensely. Thanks so much to Brizzy and Remus for this amazing show. As a wonderful aside and accomplishment to Remus JK Rowling actually “liked” his video too! How cool is that?

What kind of tricks and Harry Potter spells do you think they should work on next? 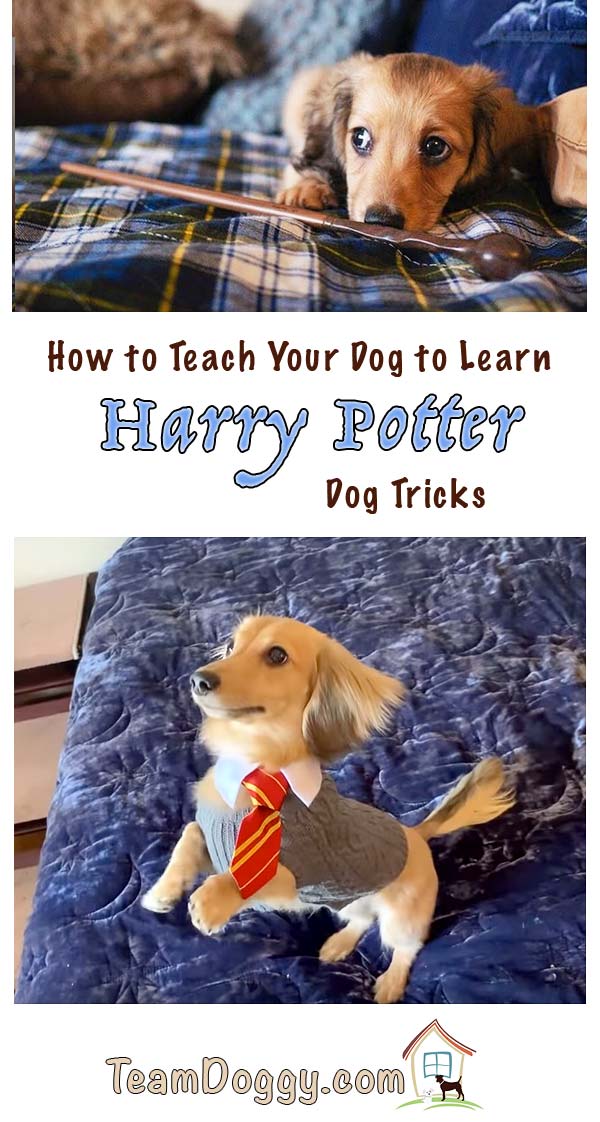