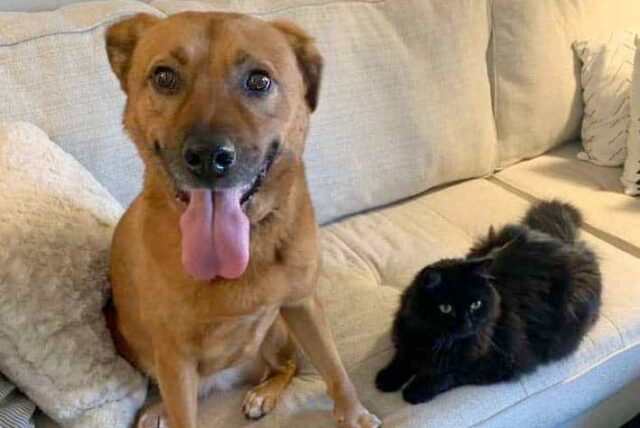 There are certain things and situations that we are afraid of. When we get scared, it’s definitely a good thing to have someone who can ease our fears.

This is also true for animals. This article features the adorable friendship of a cat and a dog who always try to comfort each other during difficult times.

Moose, a Pitbull mix and her best friend, Marvin, the cat, have been sharing a wonderful friendship since the day they met each other. Their relationship may be peculiar to others, but their friendship is truly amazing. 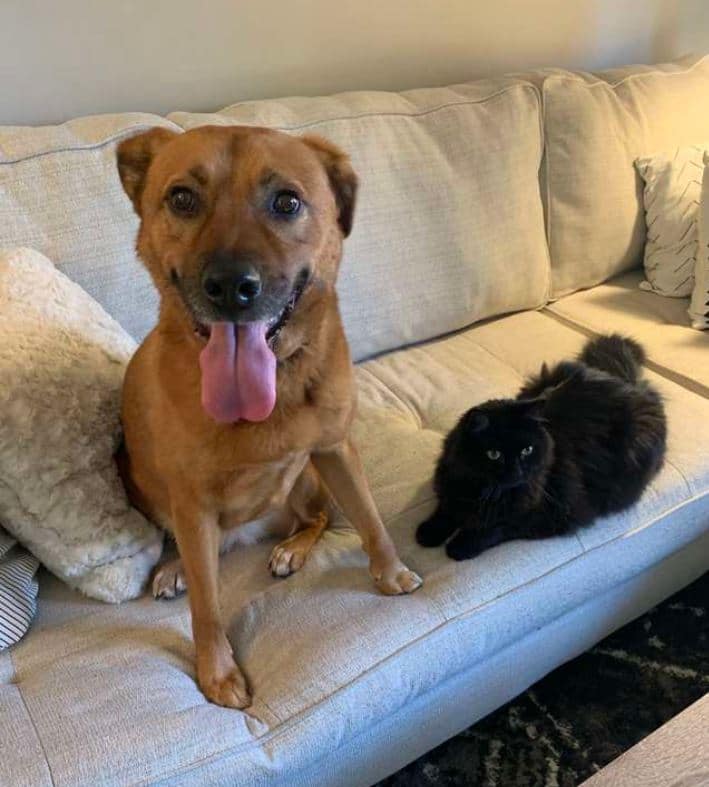 According to their owner, Mary Barnes, she rescued Marvin because she wanted Moose to have a playmate. She was hoping that the brave cat will be able to comfort Moose whenever she gets scared.

It turns out that Moose gets really scared when she hears fireworks and thunderstorms. She usually hides in the shower, where she feels safe.

According to Mary, she wasn’t sure if the two would get along because Moose hasn’t interacted with cats in the past. However, Mary trusted that she would warm up toward Marvin because she’s such a sweet and gentle pooch.

She was so happy when she realized that the two became best friends instantly. Marvin behaved like a dog, so the two often play together and nap together whenever they want.

When they moved to downtown Detroit, Mary noticed that Moose became more scared of loud noises. She tried giving the poor dog some treats to distract her from the noise. Unfortunately, Moose always chose to hide in the bathroom.

Mary didn’t know how else she could comfort the scared pooch. Good thing, Marvin stepped up and offered comfort for his big sister. 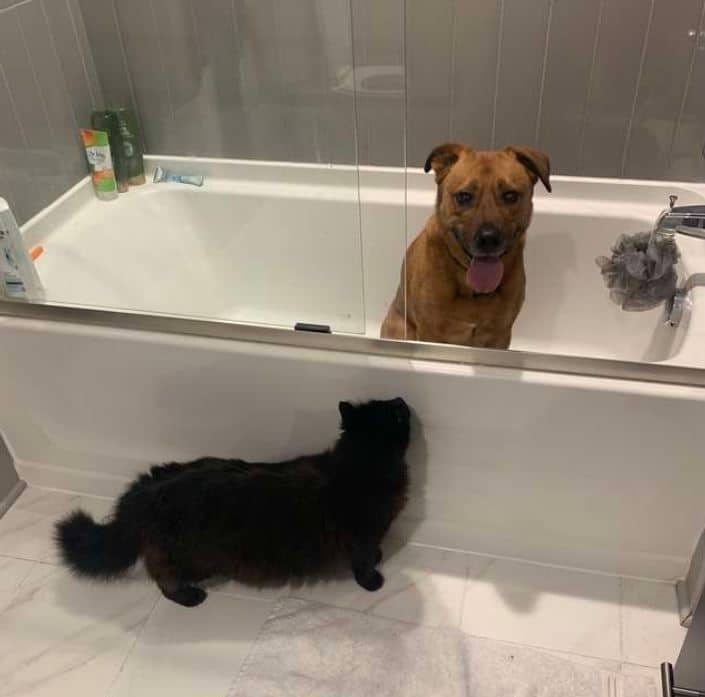 The cat became curious about his best friend’s situation. Marvin went back and forth in the shower to distract the scared dog. 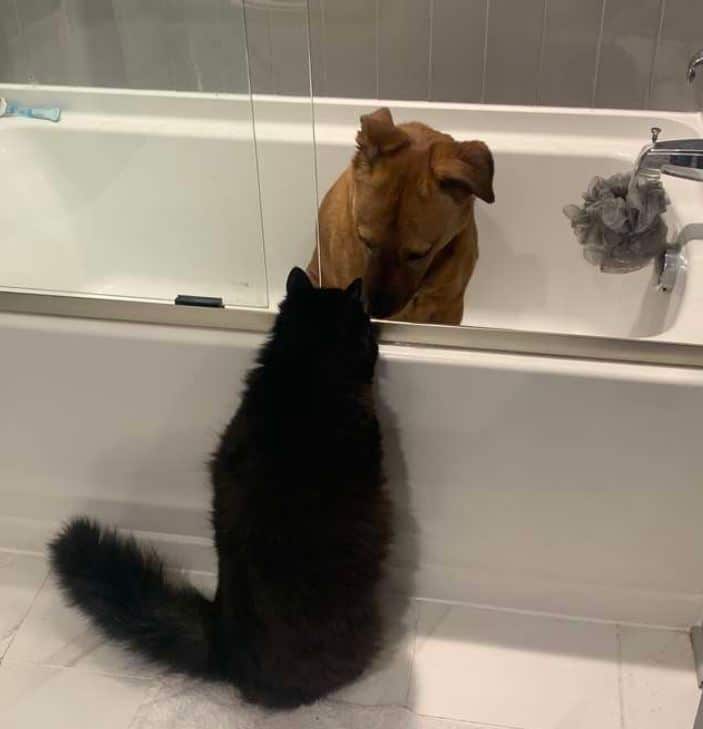 Marvin’s distraction tactics seemed to work because Moose started to give him kisses. When the storm passed, the two went back to play.

Mary was relieved because she can see how the two will always stay together. They even know how to support and comfort each other. Hopefully, Marvin will be able to help Moose get over her fear of loud noises.

Thank you to David Kitchen for sharing these adorable photos.