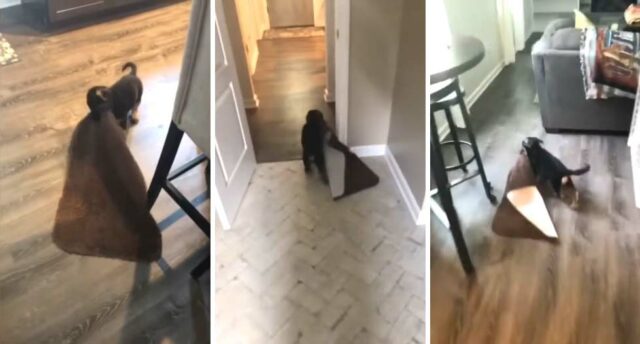 It’s not surprising for canines to perform mischievous acts to make their hoomans look their way. Despite ending up receiving their fur parent’s ire, dogs merely ignore them and carry on with what they want to do.

Thus, a fur dad’s flabbergasted upon seeing his puppy dragging the bathroom rug across their home. With the way it looks, the puppy performs such a move to catch Dad’s attention.

Mya, why bring that rug with you?

In this hilarious video clip, a black-furred puppy named Mya stands on the tiled bathroom floor. Yet, it seems Mya isn’t merely taking a look at the room as she soon grabs hold of the bathroom rug. 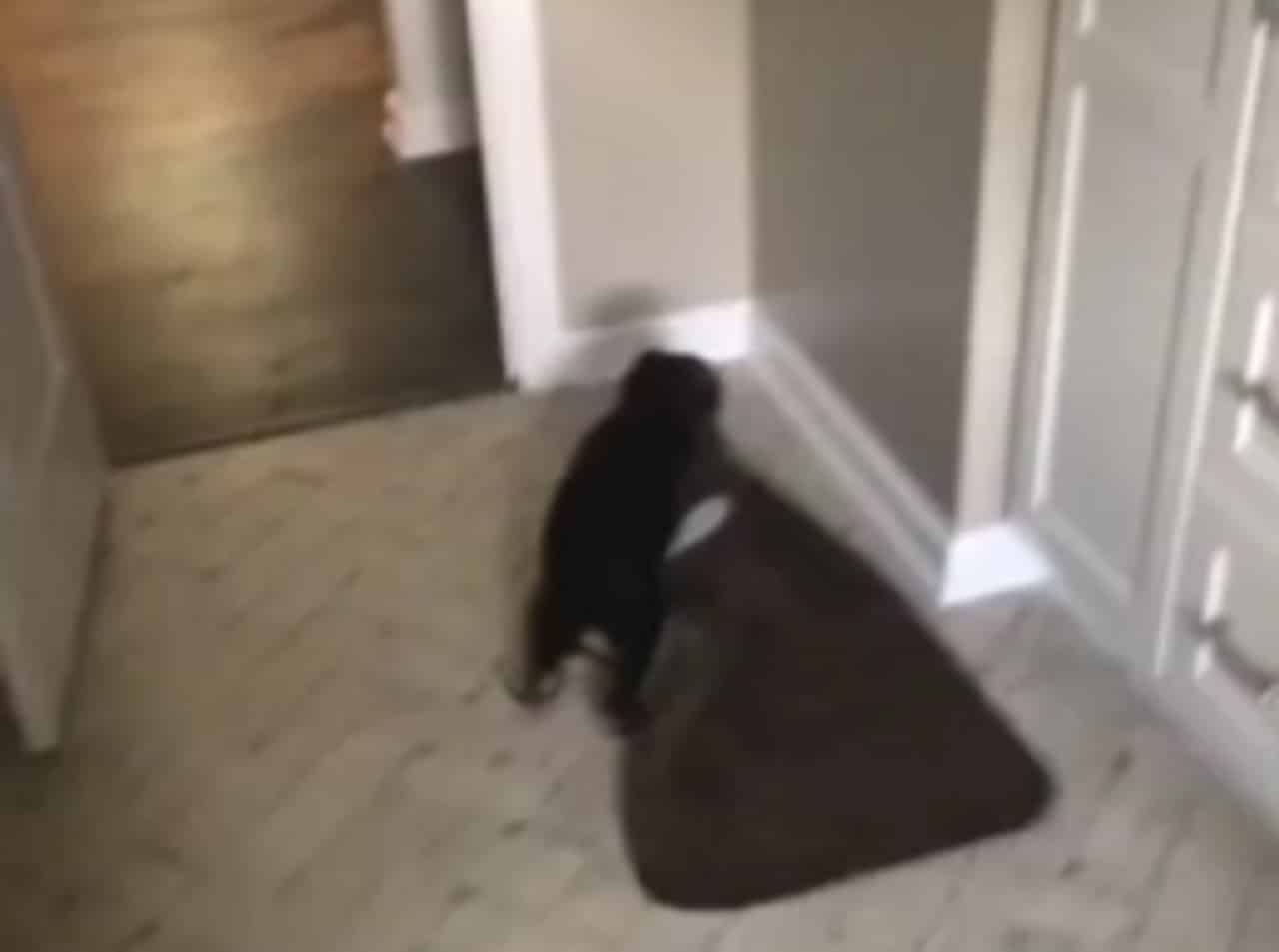 Before Mya’s fur parent can prepare himself, the doggo begins pulling on the rug. Dad then comically scolds Mya and asks her where she’s bringing the rug.

Yet, the silly pup doesn’t heed Dad’s warnings as she carries on yanking the rug. No matter how many times Dad calls the doggo, Mya merely ignores him and continues dragging her newfound toy.

With the way the scene goes, Mya’s determined to gain ownership of the bathroom rug. At some point, Dad even sarcastically suggests to Mya to put the rug near her food bowl as she constantly spills water on the floor.

Yet, the mischievous pup taunts Dad further by heading towards another area of their home. With this, Dad resumes asking Mya to return the bathroom rug to him. 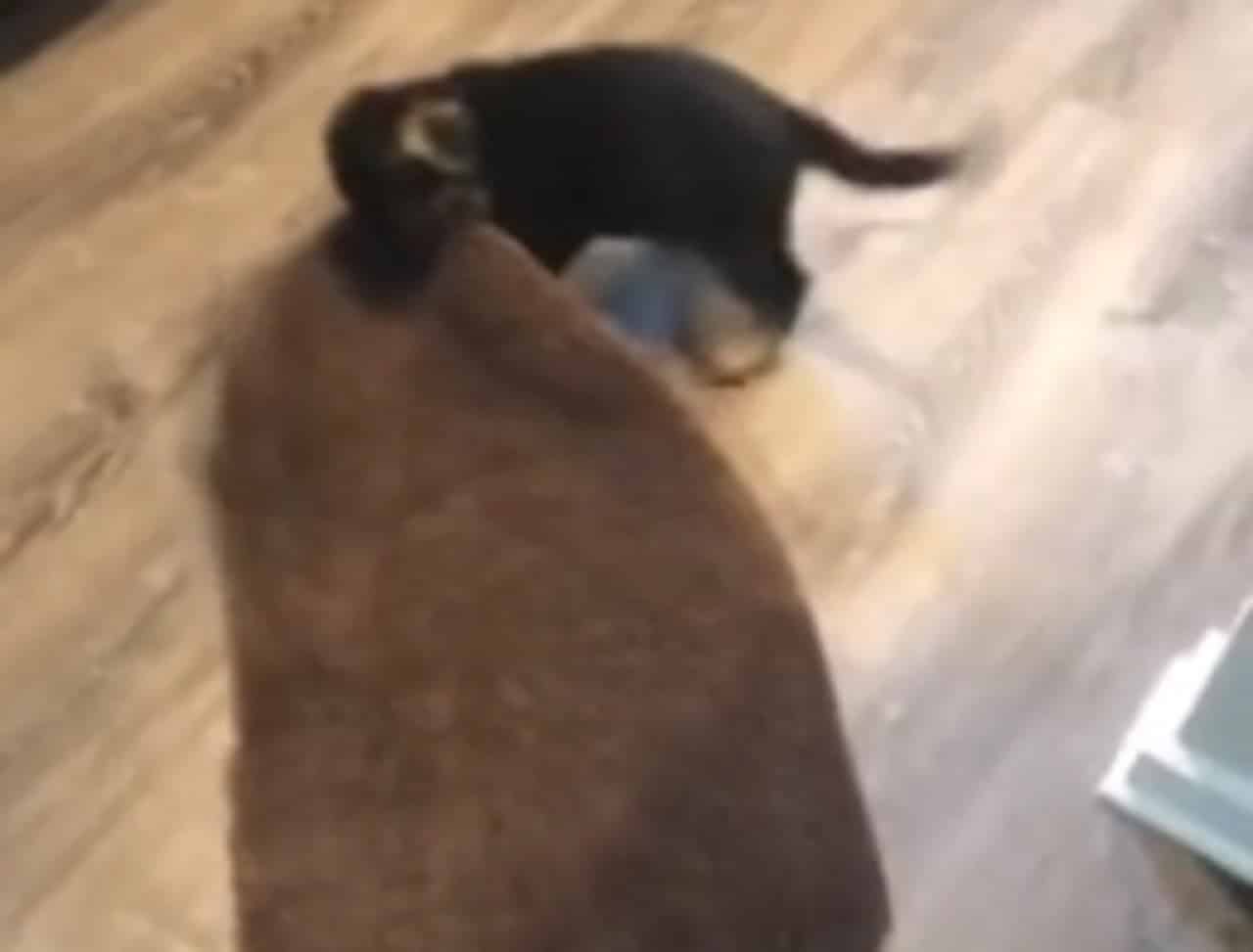 On and on the comical scenario goes, with Dad begging for Mya to listen to him and return the bathroom rug. But, instead of acceding, the pup continues trotting across the floor towards her doggy bed.

How do you think Dad reacted towards Mya’s mischievous deed? Did he continue scolding the pup? You better stay tuned and watch Mya in the footage linked below.