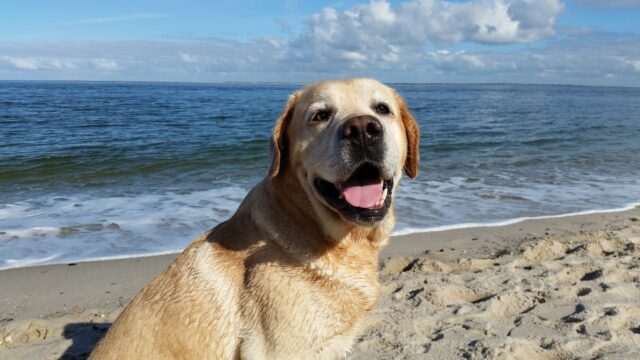 Ever heard of mothers complaining about their kids not helping with chores? Perhaps we all heard that kind of story from most mothers.

In the dog world, pet owners sometimes wish that their pets would also help out with chores. If only they could! Wouldn’t it be so much better?

Most pups would choose naps over extending some help to their owners. No wonder their pet owners talk to their dogs like real humans.

Unlike most dogs, a smart dog was caught on camera helping his dad with the laundry. This heartwarming video instantly went viral on social media. Well, it surely does deserve all the attention it got.

In the video, two Labrador retrievers named Kiya and Jonsi were relaxing on a couch. A few moments pass, Trey, their pet dad, walks by carrying a bunch of clean laundries. He was struggling to carry the laundry using only his arms.

Kiya remained unbothered by his dad’s present predicament. She just continued with her peaceful nap.

On the other hand, Jonsi is now focused on his dad. Perhaps he’s trying to think of a way to help him.

When Trey got closer to the stairs, he accidentally dropped a sock. Since it’s hard to bend down with that amount of clothes, he just looked down and kept going. Anyway, he can always get it after placing the clean laundry inside the room.

As he was climbing the stairs, he thought of a brilliant idea. He jokingly asked Jonsi for some help. It was a long shot. But who knows, it might be worth the try.

He did not at all expect the lazy dog to respond to his cry for help. To his surprise, Jonsi looked up and paused, perhaps thinking he should listen to his dad. He then got off of the couch and headed toward where the sock had fallen.

In what seems like a miracle, Jonsi grabbed the sock and walked up the stairs. He carefully brought the sock to his dad.

Trey can’t believe how smart Jonsi is. He did not train him to do things like that. Looking at what he just did, Trey can’t help but be proud of Jonsi.

Gabbie Foote, Jonsi’s pet mom, also posted the video on YouTube. Realizing how quickly the dog’s video went viral, she went on and posted another video from Jonsi and Trey’s birthday. 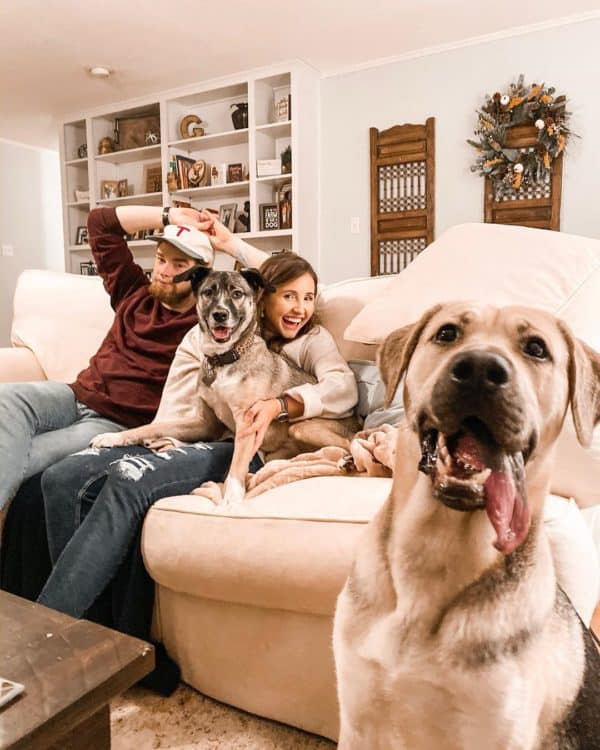