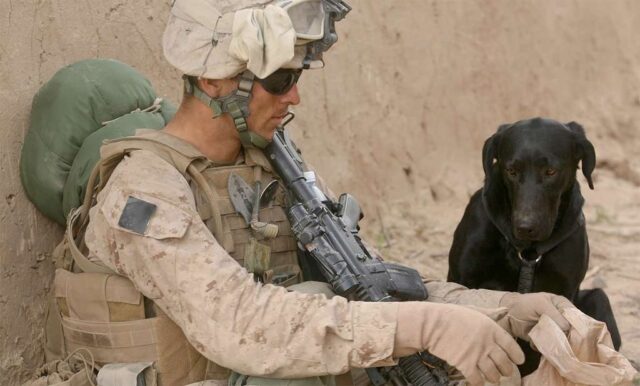 Dogs that are rescued have a hard time finding a forever home. Not many people are keen on adopting a rescue dog.

Dogs need a good home – one that gives them love and care and happiness, since this has a great impact on a dog’s life. Skills are taught and learned at home and dogs do not deserve an unhappy life.

One soldier went to a dog shelter. He was there not to adopt one that is already in the shelter. He needed the shelter to help him find a dog that he met and saved when he was on tour in Syria.

This soldier is Tyler Mosley, an Army Specialist. He was previously stationed in Syria while there was conflict there. He met the dog and saved it. And even after he has come home, Tyler still couldn’t stop thinking about that dog.

Tyler went to the Society for the Prevention of Cruelty to Animals International (which is also known as the SPCAI). He asked for information regarding the dog which he had named Daisy. He was lucky enough because the shelter was able to get him what he needed.

With information on hand, Tyler did his best to look for Daisy. Daisy lived a hard life in Syria. She didn’t have a home and the place she was living in was in constant war.

When Tyler saved Daisy in Syria, he took the dog under his wing and let her stay with them at the military camp. The two became friends. But Tyler had to move again because of his job and he didn’t have any other choice but to leave Daisy behind.

When Tyler was free from his obligations, he decided that it was the right time to find Daisy. In good time, he was soon able to find his long lost friend. Watch how their reunion went.

Read this story about another amazingly kind rescue by a police officer before a hurricane hits.