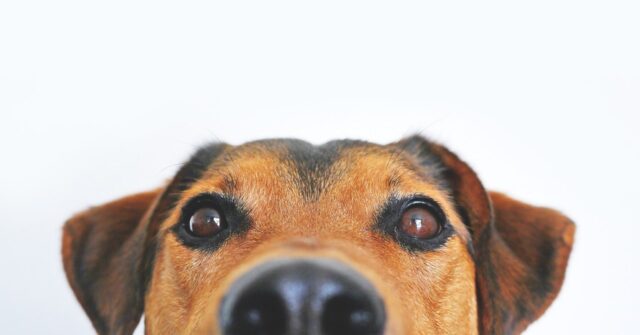 When dog rescuer Emma first met a certain senior dog, she couldn’t believe her eyes. Earl was a complete mess. He was missing hair and was also emaciated.

Earl was found at a shelter in Los Angeles, and Emma took him to Oregon. Emma’s first impression of Earl was that he was sweet but cautious. She also realized that Earl’s condition was a lot worse than she thought.

Aside from missing hair on his body, Earl also had no appetite. Emma had to feed him through a syringe to get his appetite going. From then on, Earl started eating more.

On one occasion, Emma saw that Earl’s stomach was getting bloated. She rushed Earl to the vet and found out that Earl had end-stage heart failure. The veterinarian told Emma that Earl only had a few weeks to live.

Just when Emma was preparing to say her goodbyes, something miraculous happened. One day she woke up to see Earl wagging his tail in excitement. Earl also gave Emma a kiss for the first time, which made her cry tears of joy.

There was hope in Earl’s eyes. The dog wasn’t ready to let go of his newfound precious life with Emma. Earl’s hair started to grow again, and his weight improved. Not one soul could tell just by looking at him that he was a terminally ill dog.

Emma had pampered Earl ever since his recovery. He had lived months more and is still alive despite being diagnosed with a life-threatening disease. Earl defied the odds, and Emma thinks it’s because he still has a lot to share with the world.

For more information on Emma and Earl, you can check out @nwdogproject and @apurposefulrescue on Instagram. This story was featured on The Dodo’s YouTube channel and has garnered a lot of praise.