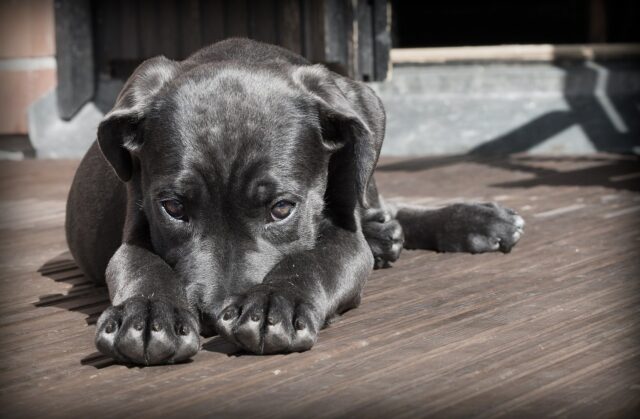 Dogs who have disabilities tend to have a harder time finding a permanent home. When a story of them getting adopted is posted on the internet, people can’t help but celebrate. Here’s the case of a three-legged dog named Pi who met the perfect owners.

Thom Macallun is a man who has experience with taking care of a rescued dog. He had adopted one himself in the past. Recently he saw a three-legged puppy and wanted to do something nice.

He took the puppy home for foster care. He wanted to find the perfect owners for her while getting her accustomed to domestic life. The puppy was named Pi.

Just like many puppies in foster care, Pi needed some time to adjust. Ruby, Thom’s rescued dog, approach Pi to get to know her. However, Pi would move away. It took some time before Pi got used to the presence of another dog.

After a few more days, Pi became enamored with Ruby. She wanted to do every Ruby does. Pi even got encouraged to climb the stairs because of Ruby. Thom wasn’t sure how the two dogs would feel about separating when Pi gets adopted.

Thom didn’t want Pi to get adopted somewhere far. With that in mind, he printed adoption papers and posted them around his neighborhood. By doing that, he’s sure Pi wouldn’t be far, and Ruby and he can still visit.

After a long wait, potential adopters finally called Thom. There was a couple that just moved into his neighborhood. They wanted to see Pi. It turns out that the couple also had a three-legged dog and wanted to adopt another one.

Thom knew the couple was the perfect adopters for Pi. He saw how well Pi interacted with the couple’s dog, Rui. He personally brought Pi to her new home and said his happy goodbye.

Video courtesy of The Dodo Foster Diaries via YouTube.