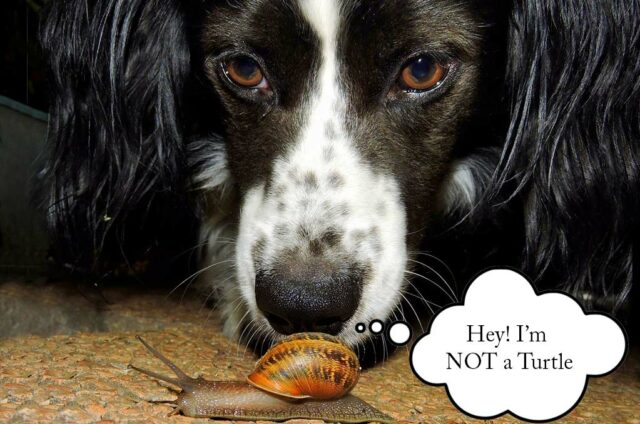 Spaniels are much more than just attractive canines. They can also be beneficial to efforts and organizations aimed at saving other species. And this is exactly what John Rucker’s Spaniels are doing.

The Saint Louis Zoo has collaborated with a man named John Rucker, often known as the Turtle Whisperer, and his seven Boykin Spaniels to assess its shelled reptiles.

Are you curious about what John and his puppies are up to? The following is the story of this amazing team.

After hearing about John from members of the University of Illinois’ wildlife epidemiology department, the Saint Louis Zoo contacted him. John had been assigned the responsibility of surveying the zoo’s new 425-acre park.

Dr. Sharon Deem, one of the Saint Louis Zoo’s directors, revealed that she and her colleagues were researching a disease known as ranavirus. Box turtles died as a result of the illness, according to reports. And ranavirus was recently discovered in the zoo’s aquatic turtles.

At the start of each season, John and his dogs were to find 10 box turtles and the zoo would install telemetry devices on the reptiles. For this study, John trained his canines to sniff out the box turtles using their scent.

Box turtle conservation, according to Dr. Sharon, is a critical endeavor. For one thing, by acting as predators or prey, these little reptiles contributed to environmental health. When they lay their eggs, they may also add nutrients to the soil.

While humans could have found the turtles, the chores could have taken weeks because humans rely significantly on their sight when searching. The search would only take a few hours with John’s Spaniels though because the dogs have a keen sense of smell.

The dogs have surely been specifically bred for this purpose. To put things into perspective, experts estimate that a dog’s sense of smell is 100,000 times more powerful than a human’s.

Perfect for sniffing out those elusive little box turtles.

Read Another Story About an Amazing Dog: US Secret Service Special Operations Dog Honored For Stopping An Intruder