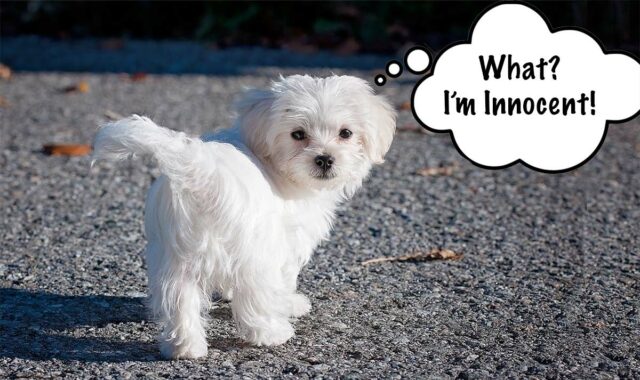 Maltese aren’t known for being violent dogs. However, if they are badly socialized and not trained well, they can cause problems for their owners. Couple Tamara and Matt, for example, have had problems with their two Maltese for a long time.

Victoria Stilwell, a professional dog trainer, was recruited by the couple. When it comes to correcting a dog’s bad behavior, she’s a pro. She also concentrates on owner training and educating them on how to properly manage their dogs.

The couple’s primary issue occurs when they go on walks. Beenie and Max, their canines, are constantly attempting to lunge at other dogs they encounter. It had surely always been a pain in the neck to walk with them.

Victoria decided to separate the two canines after seeing how they acted. It looked like the dogs were taking advantage of each other’s bad habits. As a result, the trainer chose to concentrate on Beenie first.

Beenie was taken to an isolated location where she was allowed to engage in regulated social interaction by the trainer. For one training session, a volunteer brought in another dog. The idea was to have complete control over Beenie’s reaction to an approaching dog.

To get Beenie’s attention, Victoria used treats. Victoria planned to move in the opposite direction if the dog lunges. Beenie was calmed in the presence of another dog by repeating these steps. She was soon able to walk beside a larger dog without doing anything untoward.

Tamara and Matt were both pleasantly delighted by the first training’s success. Victoria continued to work with them in a different place after that. The pair had to stroll Beenie in front of strangers throughout that period.

Victoria’s directions were quickly followed by Matt. When there were other dogs in the area, he handled Beenie effectively. During that time, there had been no altercations or lunging. The couple expressed their gratitude to Victoria at the end of Beenie’s training session.

Source: It’s Me or the Dog