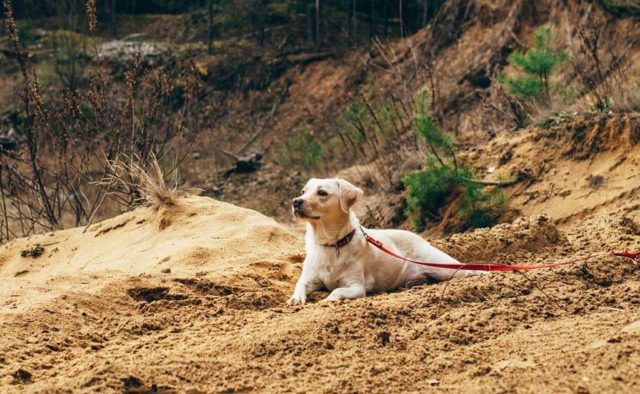 Dogs are, by nature, curious. They love to investigate just about anything and may end up eating what you may think is unsafe or disgusting. Dogs are also interested in weird things, and that includes your garbage, your furniture, their poop, and even dirt.

If you have ever asked yourself “why does my dog eat dirt?” hopefully you find a few answers below.

Studies show, according to W Jean Dodds DVM, the dirt-eating behavior has many causes and one reason is due to minor mineral or vitamin deficiency. But through years of research, new possibilities have emerged explaining the behavior as to why dogs like to eat dirt. 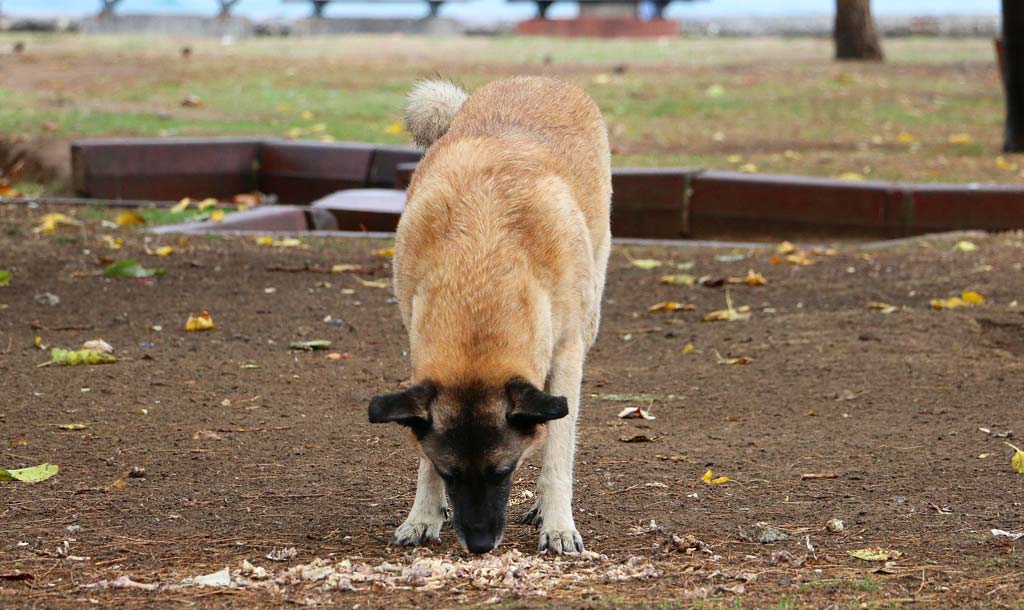 In this post, we will tackle the topic and discover why dogs eat dirt like they don’t have any other choice. The behavior can be shocking. That is why, in this post, we have listed several reasons why your dog suddenly loves eating dirt even if he has tons of good, tasty food at home.

Reasons for Dirt-eating in Dogs

If you notice your pooch eating dirt, it is possible that he is looking for good probiotic bacteria, minerals or even vitamins. It only means he is not getting any of these in his diet. An unbalanced diet and unhealthy snacks are probable culprits.

When dogs are eating anything besides their food, it is called Pica. Pica is a disorder that would make inedible objects look like food. The disease occurs when the body is lacking in minerals or is suffering from malnutrition.

Pica is a natural behavior in dogs that help in protecting their survival, and it is essential that this behavior should not be ignored. According to integrative veterinarian Carol Osborne, if the dirt-eating habit has been going on for more than a few days, it’s time to bring your pet to the vet and try changing their diet.

Is Eating Dirt a Sign of Chronic Health Problems?

It has been found that dogs suffering from inflammatory bowel disease or hypothyroidism are prone to dirt eating behavior. It is possible that dogs with these disorders are in search for vitamins and minerals.

IBD or inflammatory bowel disease may cause bleeding along the bowel or ulceration. This condition can lead to anemia. With IBD, B vitamins are no longer appropriately absorbed by the body. Because of this deficiency, dogs tend to eat dirt to get more minerals to help counteract the anemia.

The less severe cause of dirt eating in dogs is going after a tasty treat or snacks that unfortunately fell on dirt. Dogs don’t follow the “ten second rule”. If they smell something tasty they have no problem gobbling it right up. A little dirt along the way doesn’t bother them much at all. If you notice your pooch eating dirt, try to inspect the area (or his mouth) to see if he simply found a quick snack.

When humans are bored, we tend to engage in strange habits – overeating, knuckle cracking, nail-biting, and so on. So are our pets. Dogs are designed to be active and outdoors most of the time. This is especially true with dogs that are stuck indoors all day. Dirt-eating is something that your dog does to occupy his time.

OCD in dogs is really a thing. It could be that eating dirt has developed into a bad habit. If you suspect that to be the case it is a good idea to speak with your vet just to make sure it doesn’t become a long term problem.

Treatment of the behavior will depend on the underlying cause of the problem. A veterinarian can help you determine the underlying medical condition or behavior. Once a diagnosis has been made, a proper treatment plan is then formulated. 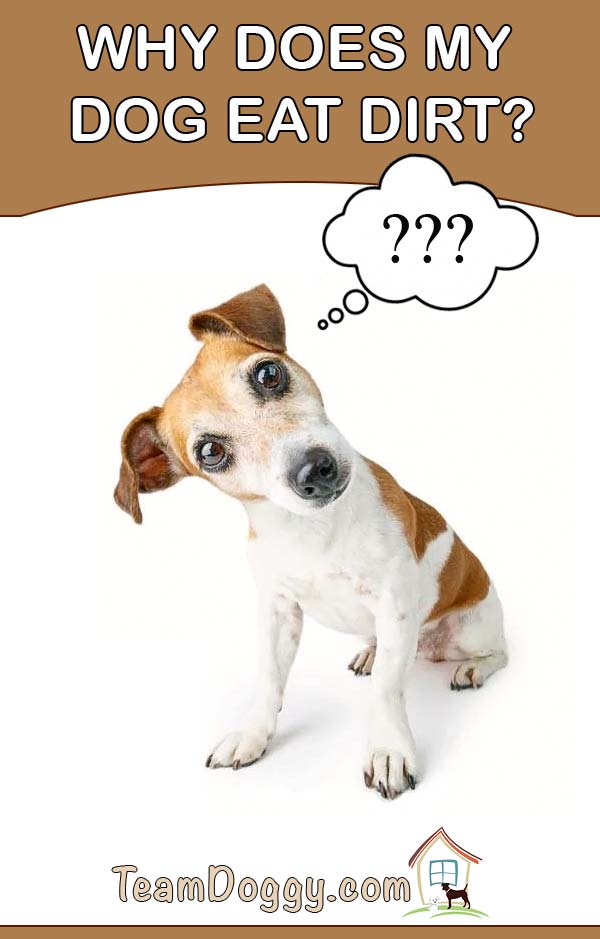