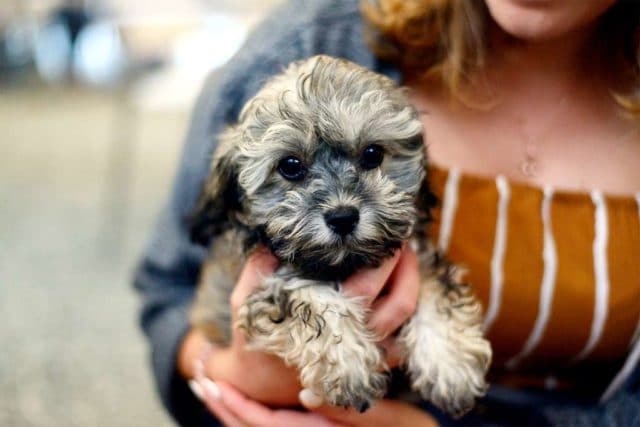 For most of us, using our phone is a regular thing. In fact, you may be reading this right now on your phone. And maybe you’ll be sending a text message to one of your friends in a bit. It’s so easy and natural that you’ll be able to do it while watching TV or even talking to a friend.

But what if something went wrong with your text message? You might be a bit embarrassed like Ashlee Bradford was!

Ashlee was texting with her friend while she was in her room. Brucey, her dog that’s 12 years old, came in. This dog loves spending time with Ashlee to get some pats and kisses and hugs.

Ashlee also couldn’t resist Brucey. This dog has been with her for a really long time and she loves the dog so much. She knew that Brucey needed attention when he came in. So she stopped texting her friend and put her phone on her lap to pick up Brucey and place him on her bed with her.

They spent some time together with Ashlee playing with Brucey. Then, Ashlee checked her phone to see if her friend had sent a reply to her last text.

But she was surprised when she saw that a text message had been sent to her friend accidentally. And it wasn’t what she was supposed to send her!

Ashlee had accidentally activated the feature that translates voice to text when she placed it on her lap. So her conversation with Brucey was picked up by the phone and then sent accidentally to her friend.

Read the text message below and you’ll surely be laughing if you received a message like this yourself.

If you’d like to meet a lovable (albeit a bit chubby) bulldog that wowed his fans at a super famous agility contest read this story (and watch the quick video to cheer him on).