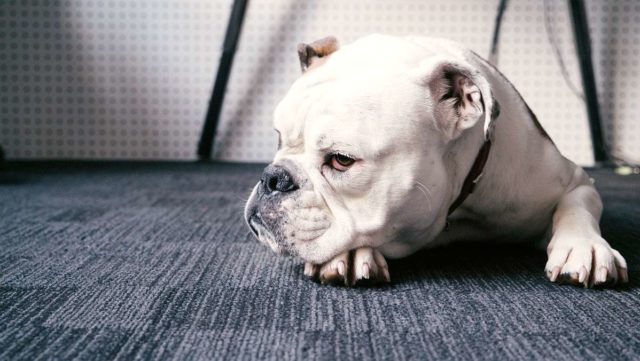 Some dog breeds are loved and prized because of their athleticism, energy, and stamina. These dogs are typically used for physically demanding activities, such as hunting, tracking survivors during tragedies, and running after bad people.

Basically, these sturdy dogs are considered muscular and fit. On the other hand, some dogs are stereotyped as lazy — they are often considered as couch potatoes. One dog breed that may come to mind, which matches this description, is the bulldog.

But one dog proved everyone wrong. Meet Rudy, a massive bulldog that defied the expectations of everyone by smashing an agility contest.

Those who regularly watch the yearly Westminster Dog Show know how cute it is to watch these active dogs go through the obstacles, hoping that they will win the contest. The said event showcases the smartest, fastest, and well-trained dogs that will compete with one another.

Certain dog breeds, such as Border Collies, terriers, Golden Retriever, and Dobermans, are expected to win. Bulldogs are not usually one of them. This year, Rudy was out to defy the stereotype.

Rudy joined the agility course and wowed everyone with his speed as he evaded obstacles and flew over the bars. What even made his stint more surprising was the fact that he completed the course in just 50 seconds!

The internet loved him

Despite his stunning performance, Rudy did not win the race. Nevertheless, he won the hearts of everyone who loved a good story of an underdog (pun intended).

People online expressed their love and admiration for the athletic, speedy bulldog.

One Twitter user noted that he was not expecting Rudy’s speedy performance at all. Another said that a bulldog engaging in such an activity was a marvelous sight.