Home Dog Breeds Bulldog Expresses His Anger When He Sees A Damsel In Distress… On... 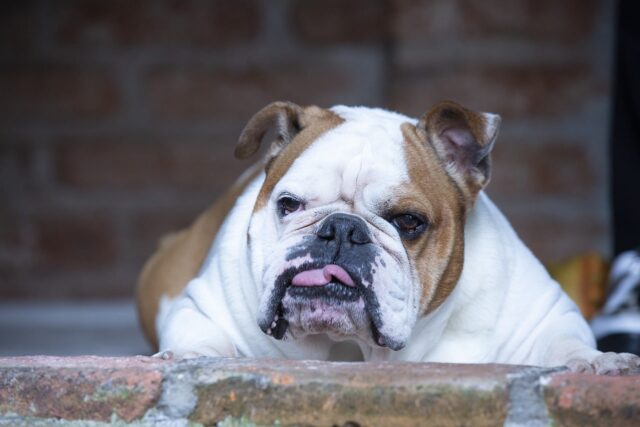 For most people, dogs have a lot of similarities with children. For one, they always need to be looked after. They also need people to clean up after them. But, of all the similarities children and dogs have, the best one would have to be the fact that they are innocent and pure.

Just like children, dogs are very easy to trick. Furparents often make fun of their furballs by calling them before hiding. This trick often leaves the doggos looking perplexed and anxious as they try their very best to locate their beloved humans.

The magic of television

Probably one of the tricks both children and dogs easily fall for is the magic of television. Since both are unaware of the fact that most of the things shown on TV aren’t real, they easily believe whatever they watch. Such is the case for a bulldog named Khaleesi, who was quick to believe a scene from the movie he and his human were watching.

It all started one fine day when Khalessi’s human decided to put on “King Kong.” Now, for the benefit of those who haven’t seen it, there is a scene there wherein the protagonist, Ann Darrow (which was portrayed by Naomi Watts), was in danger of being eaten by a group of T-Rexes. Fortunately for her, King Kong comes along and saves her, putting his life at risk in the process.

When they were about to reach the part mentioned above, Khaleesi’s human decided to record his reaction on video. It’s a good thing that Khaleesi’s paw-rent did, because what transpired next was a moment of pure innocence and genuine concern.

Right before Ann Darrow was about to be eaten by the T-Rexes, Khaleesi was already visibly stressed as he moved closer to the television. By the time King Kong shows up and tries to save the human, Khaleesi could no longer contain his emotions. To see the bulldog’s hilarious reaction, watch the video below:

Credits to Elvis and Khaleesi

Up Next: Watch this kind-hearted street sweeper make this dog’s day!