Max was only three months old when Jonathan adopted him. The pooch was very loyal and he made his owner very happy. They spent countless times together and had tons of joyful moments.

For Jonathan, his pet was the perfect companion who never fails to lift his spirits. Max’s personality always made him smile and he always looked forward to playing with his dog. Even somber moments, just lounging on the sofa, were very special to them.

So when he saw that his dog was suffering, Jonathan felt the pain himself as well. 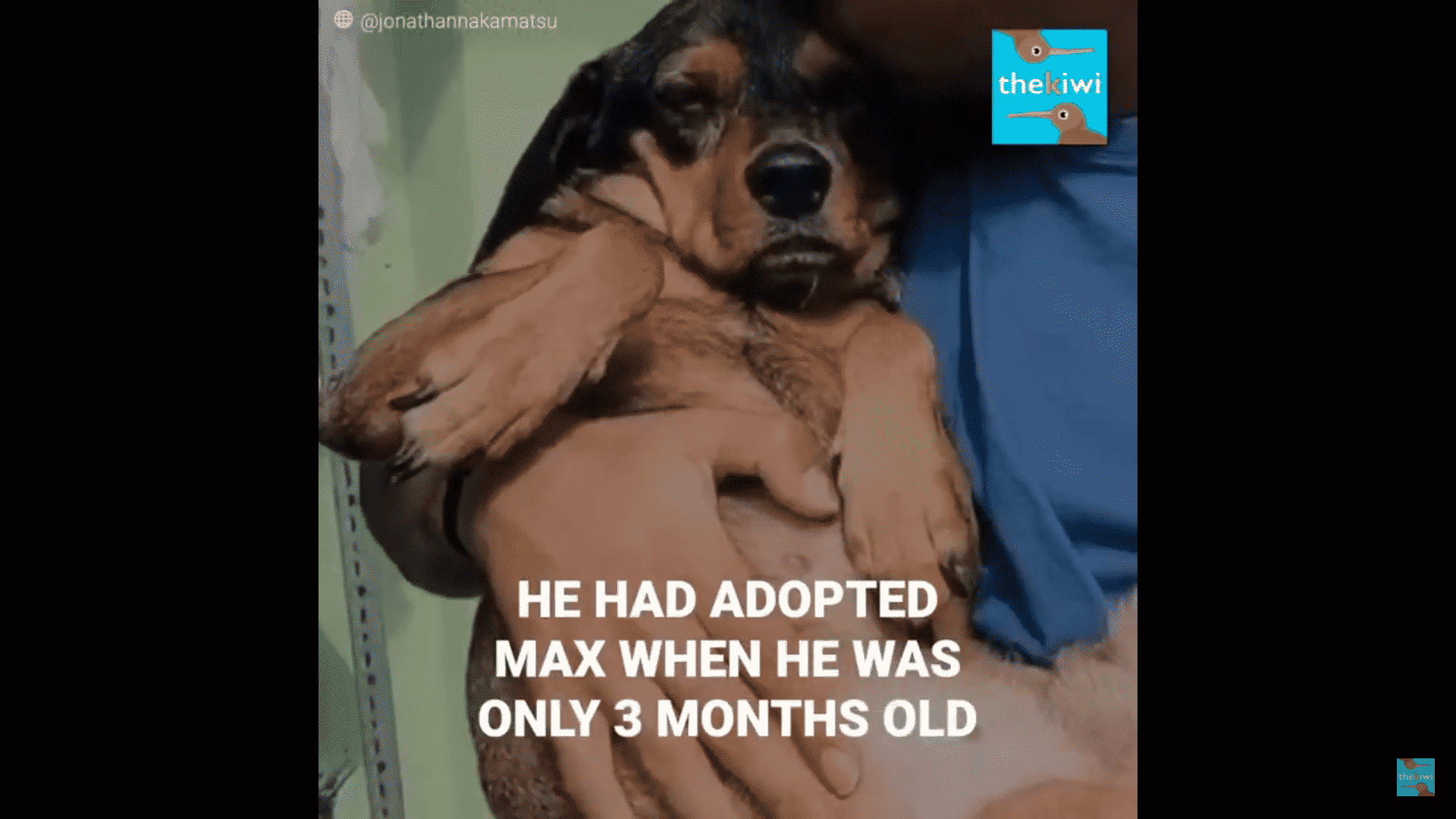 It all started when he noticed that Max was in pain whenever he moved. After a while, he saw that the dog’s mobility became very limited. His condition worsened and eventually, he couldn’t move at all. Even when Jonathan moved Max, the dog would grimace in pain.

When he got the dog checked out by a vet, they discovered that he has a herniated disc that was applying pressure to his spine. The only solution was to get the dog surgery, even then, there was no guarantee that he would regain full mobility. But at least the pup’s anguish would be gone. And also, there was a probability that the dog would not survive the operation.

The vet’s recommendation was to put Max to sleep.

He decided to let Max have the surgery. If there was any chance that the poor pooch would get better, he would take it. Even if it would cost him a lot of money.

The dog was then scheduled for the operation. Thankfully, he survived. It was a success because the pain was finally removed, but he could only move his front legs.

Jonathan got his dog a wheelchair and devoted a lot of time to the pup’s care. He helped the dog relieve himself and would also give him therapy.

Amazingly, despite his limitations, Max was his usual cheerful self. He was the same dog as before, and Jonathan wouldn’t have it any other way.

Keep Reading: Woman Quits Her Job, Buys A Van, And Travels Around The Country With Her Two Dogs

Golden Retriever Gets Annoyed By His Mom’s Silly Behavior And His Facial Expressions Are Hilarious!

This Dog Owner Realizes That When You Have Pets, Expect Sudden Furry Visitors At Your Home