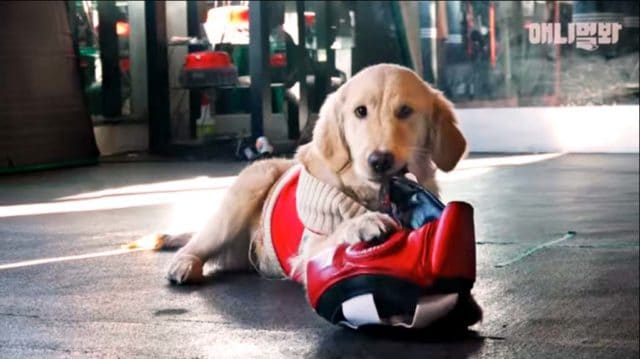 Dogs are really helpful in many places. There are those who assist at salons, stores, and other business establishments. The following story is about a particular dog that works at a boxing gym.

Namsoon has amazing reflexes and good footwork. Of course, that’s because she’s the gym mascot. She’s also a Golden Retriever.

Namsoon comes to the gym with her owner in the morning and leaves at the same time. She has a few tasks. She greets the members when they come in. She greets anyone, regardless of age and gender.

This dog gets a lot of treats if she does a good job. The customers give it to her. She also watched as people exercise. It’s as if she’s monitoring the members.

Sometimes Namsoon assists with sparring. Of course, people don’t try to punch her. She’s there to help them with footwork.

The reason why Namsoon always comes with her owner to the gym is because of her separation anxiety. She’s been abandoned twice. Ever since she was a puppy the boxing gym is where she finds peace.

Namsoon also exercises a lot. She and her owner jog outside whenever the gym isn’t so busy. The aerobic exercise is a fitting activity for the gym’s mascot.

Namsoon’s owner doesn’t settle for ordinary food. He gives his dog a special diet that he prepares himself. The meal consists of regular dog food but with the addition of cabbage slices, cooked chicken, carrots, bell pepper, and apples.

This dog has come a long way from her previous life. The gym is her sanctuary and safe space. The owner wants to keep it that way, so this will be the daily routine for a long time. Who knew the world of combat exercise would change a dog’s life? No one expected this.