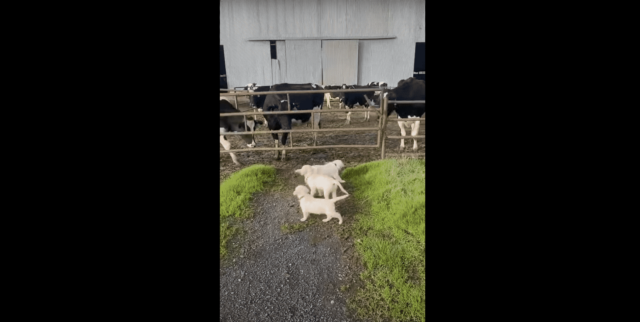 You must have wondered how puppies get away with everything they do. These furry pets have something about them that makes us feel ghastly if we so much as reprimand them.

These Golden Retrievers are an example of how puppies make things look adorable in everything they do. These three goldens saw some cows on the farm they all lived in, and they checked them out. 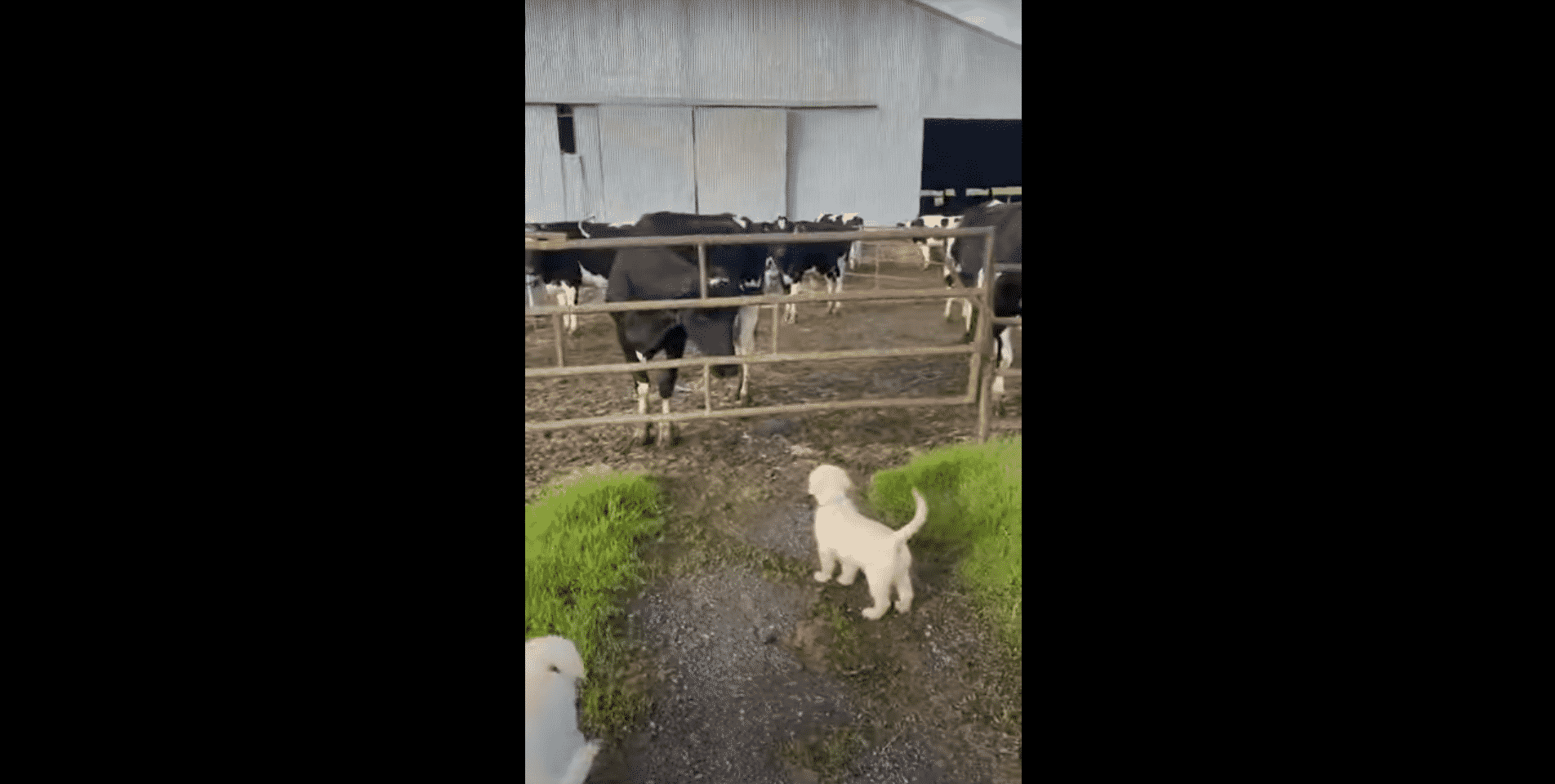 The puppies ran towards the cows to say hi, and they were received with curious stares. Regardless, the golden fluffballs checked their cattle thoroughly, and they were so adorable in doing so.

Perhaps it’s their friendly spirit that carries over to us. Puppies are innocent little souls who befriend just about everyone they meet. We could only wish that humans did the same all the time too. 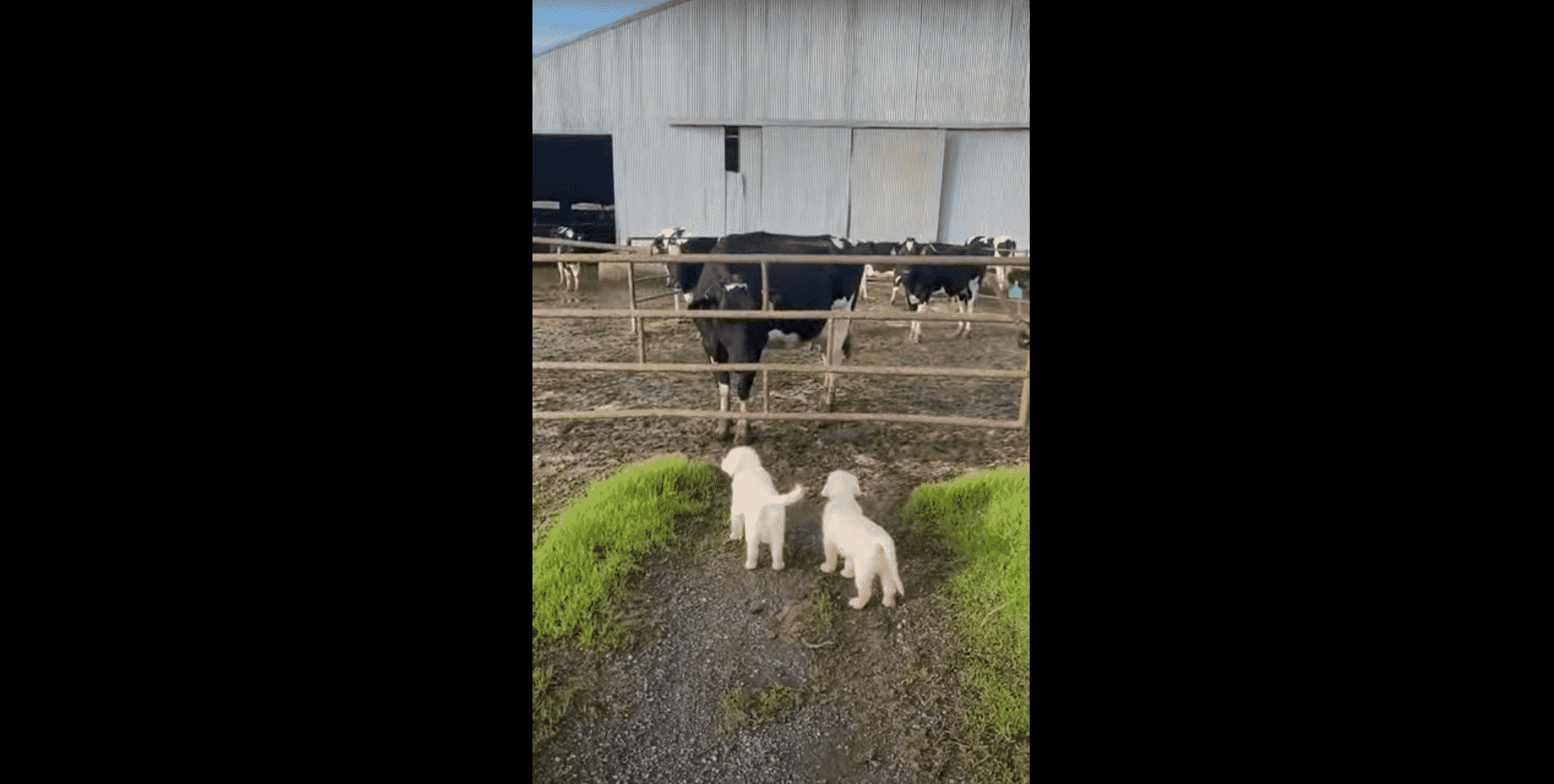 The cows probably saw the golden furballs as a major nuisance. If these puppies are used to herd cattle in the future, then we can be pretty sure the latter won’t be too open to the idea of friendship.

We could tell that these adorable golden rascals will do their job, and with great gusto too. They wouldn’t go as far as biting into a cow’s body, but the dogs will do everything to get the job done. 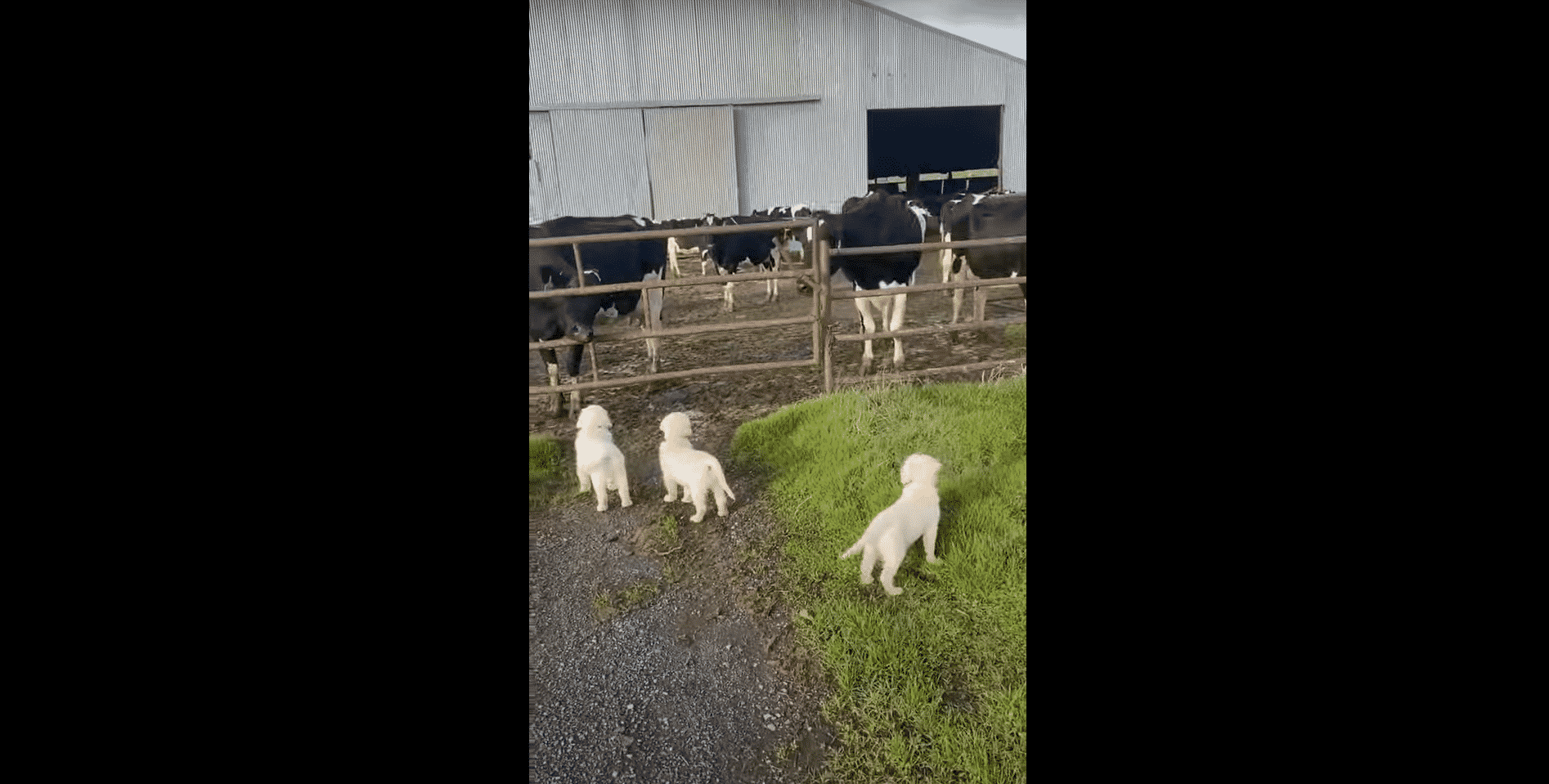 We’re dying to know what kind of dialogue happened between these animals. It would be a treat to peek into the world of animal language, and we’re here for it.

The puppies walked the fence back and forth, wondering how some animals could be so big. Wait until you grow up, boys. You won’t be as big as they are, but you’ll definitely grow to your size.

Something tells us that these pets will be stoked to make the cows their friends. We might even see a future story between these animals, so we’re hanging tight for it!