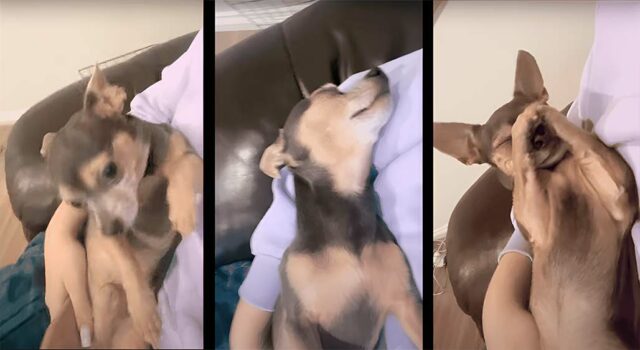 Dogs are so cute when they’re puppies. They do silly things like pretending to be asleep when mom calls them to wake up.

This Chihuahua named Hermes is no exception. He just lays there with his eyes closed, breathing slow and deep, wanting his slumber to last a little longer. 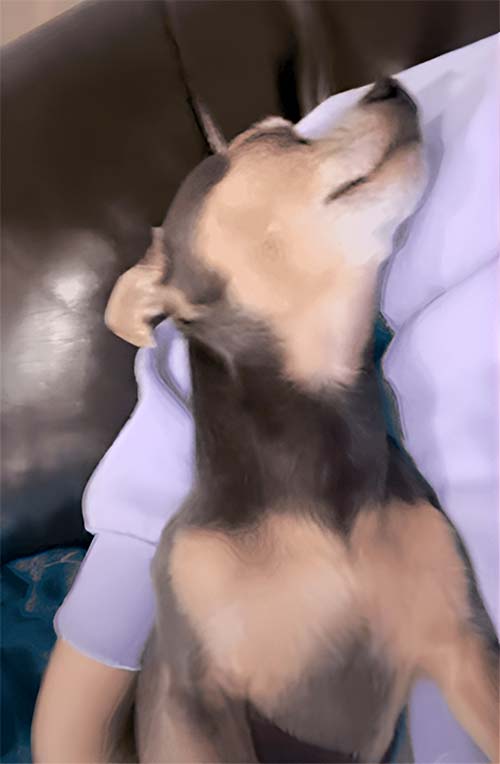 It was all good until mom called him. As soon as she did, the dog knew it was time for him to get up, but he didn’t want to. His mom’s arms were too comfy for him to just leave!

The cheeky pet had a plan, though. He would do little things to try and stop mom from making him leave her arms. 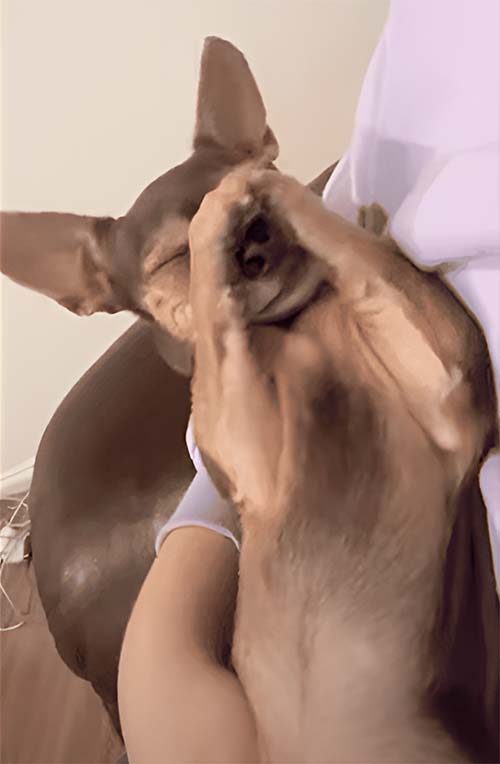 He would yawn and stretch, acting like he was just waking up. He would give her his most adorable puppy dog look. It’s as if to ask mom to please just stay for a little longer.

Hermes would even touch his paws to his face, much like a child would. These actions made mom laugh. Eventually, she would give in and let him stay for a little longer.

Eventually, mom had to push for her furry pet to get up. The dog would pout, but he would always get up and leave with a smile on his face.

Dogs are just like us in so many ways. They may not be able to speak, but they sometimes behave like us.

It’s just so adorable watching a dog try and put off leaving its mom’s arms! They’re just like us when we don’t want to go to school or work.

We do whatever we can to try and postpone the inevitable, and then we do it anyway!

Life’s like that, so we’re happy we have our furry friends who understand exactly how we feel. Here’s to more lazy mornings in the future, Hermes!

Read another cute dog story? => Hilarious Dog Leads Dad On A Merry Chase Around Their Yard, Their Little Game Will Make Your Heart Lighter