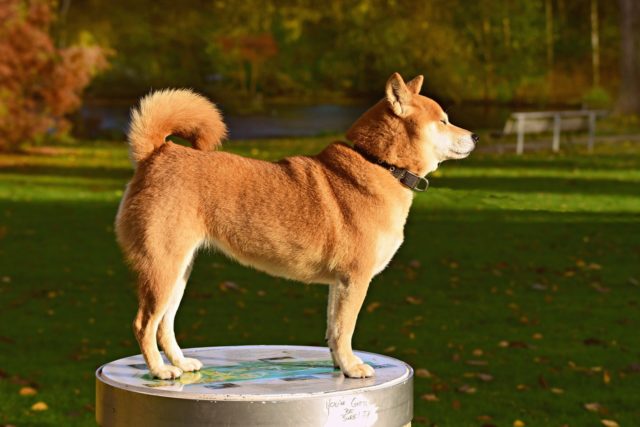 Dogs are naturally pack animals. When they belong in one, they work for their respective rank. As an owner, you have to clarify your leadership role especially when he needs to follow certain rules or regulations inside the house.

Often times pet owners are okay with their dog roaming around the house but let’s say a family member has allergies. Training a dog to know he can’t come into that specific area is useful.

Being a leader doesn’t mean that you don’t give the dog love and affection, or bully it into submission. You get your dog to think of you as the alpha dog by displaying feats of leadership and an air of dominance. The general theory of being the leader means that your dog has to work for something that he wants. Here are some of the steps an owner could do when starting out on this training:

For example, your dog has to wait until you finish eating first before he even gets to eats his meal. Also, he must wait until you give him the permission to eat when the bowl is already presented before him.

Dogs rely on toys to keep them busy and entertained when playing inside or keeping busy outside. You have to exercise control over this aspect. For example, he has to obey your command “sit” and” “wait” first before you bring out his toys. When playtime is over, you have to let him see how you keep his toys. If a situation arises wherein he tries to stop you from getting the toy you have given him, immediately remove the toy away from him and keep it.

Control the leash when walking

Due to excitement, dogs have the tendency to pull the leash when walking. However, in training, you shouldn’t encourage this behavior. You have to stop him and teach him to walk beside you or behind you. When walking, you can also train him obedience commands. For example, you command him to “sit” whenever you stop at a corner. Until you release him from the command, he’s not allowed to walk yet.

Discourage jumping as a way of greeting

In a dog’s language, jumping onto others is a sign of apparent dominance. When your dog jumps on you as a greeting which he does consistently, stop him from doing so.

This both teaches him not to just on visitors, which is usually unwanted behavior, and shows him that you have control over the situation.

When your dog sits beside you on the couch, you signify that he is of equal rank with you. Quickly command him to get off the couch and sit on the floor. Unless you invite him to do so.

Even when playing, don’t let him bite you

This behavior should be discouraged early on. Playing does not have to involve biting. When this happens, quickly disengage and ignore him for a few hours. This will teach him that his behavior was not desirable or appropriate. If he does not bite you, then you can keep on playing with him.

A few simple training tips like these will show your dog you are the boss in the family. This will help him keep his place. It also helps when training other tasks as he sees you as the leader and will take to your commands better.

Becoming the pack leader is a helpful skill to master when dealing with your own dog and with other dogs you encounter. Once you are comfortable being a strong but fair leader other dogs pick up on your leadership presence.

What Size Crate For My Dog? Avoid This Common Mistake