Home Dog Breeds The Finnish Spitz: What You Need to Know 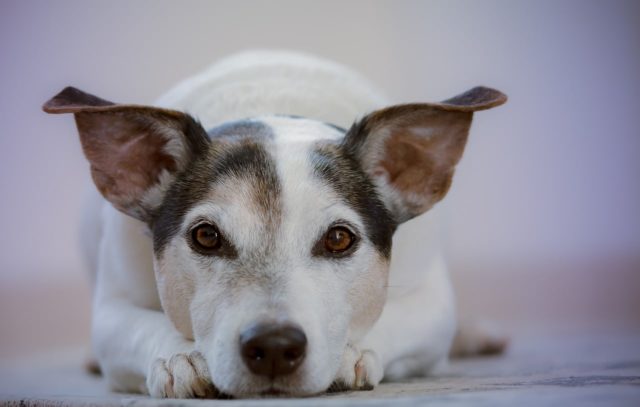 Bred to hunt a variety of small and large game, the Finnish Spitz barks when they find what they are looking for. Today, the breed will make sure that you know what is going on all around you.

Although they are mostly family companions now a days, in Finland they still do what they do best. They are still used to hunt a wide variety of animals. Furthermore, he can’t participate in any canine shows until he has proved himself in hunting trials.

Finnish Spitz: A Dog of Many Names

But in the 1920s, with his first arrival in England, the Finsk spets was officially changed to Finnish Spitz and was affectionately called Finkie by many dog lovers.

The appearance of the Finnish Spitz is as colorful as their prowess on the hunting field. They have a square build and a fox-like look. To attract their hunter’s attention, the Finnish Spitz will bark. This behavior is often called “bark pointers”. Although they are often used as small game hunters of squirrels and grouse they have also hunted moose, elk, and even bear.

The Finnish Spitz is small in stature being about 17 to 20 inches tall at the shoulder. Their necks are also shorter than other regular Spitz which they often use to look up to point their game. With a head that is wedge-shaped, it resembles that of a fox.

Highly intelligent, the Finnish Spitz is lively and has a light gait. They are very loyal to their humans and make good companions for families that are always on the go. They can get along with children because they are by nature-friendly. Spitz protect their family at all cost making them a great watchdog as well. But they just don’t show their aggression to anyone unless extremely necessary.

Since the breed is called “bark pointers” for a reason, it is extremely necessary to train a Finnish Spitz if you have him as a family companion. You need to teach the breed to stop barking on command to avoid problems if you live with neighbors in close proximity.

Repetitive training is not something the Finnish Spitz likes to do. They will grow bored. Hence, make training a fun and exciting experience with brain stimulating activities like these indoor dog games.

Although the breed is well-established in Finland and Sweden today, in the US they are still pretty rare. Ranking at 147th among the 155 breeds recognized by the American Kennel Club. Since 1979, the Finnish Spitz was made the national dog of Finland until today. The breed is even mentioned in Finnish patriotic songs.

If you believe you have what it takes to be an owner of a Finnish Spitz, try obtaining one from a recognized breeder. With proper training, you can be rewarded with a highly devoted family companion.