Home Team Doggy Tips Unique, Cool And Easy Tricks To Teach Your Dog To Impress Other... 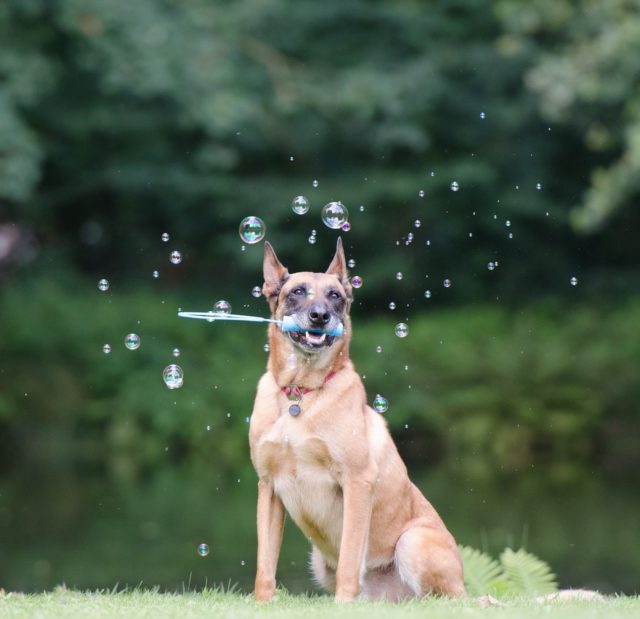 Let’s say your dog has mastered the basic commands of sit, stay and come. After that, what happens next? The thrill of initially teaching a dog a new trick fades when there is no need for one. Usually, an owner would just equip the dog with basic commands to answer behavioral problems that could arise if discipline is not embedded in a dog’s mindset.

Maybe it’s time to up your game and teach your dog some elaborate tricks that could keep your guests and family members wanting for more. Teaching new tricks also stimulates the brain. With more challenging tricks you encourage the dog to think harder. Aside from the mental aspect, teaching is an avenue for bonding and discovery.

It is a wonder to see dogs that can expertly navigate through an obstacle course with grace and ease. Dog trainers spend long years accomplishing and perfecting that feat. However, unless you are a competitive trainer you may not have all that time to train your dog since you have other priorities as well. You can teach them the following tricks that are impressive and easy.

Prepare to have a lot of treats and a clicker at your disposal if you want to teach your dog to wave goodbye. First, use the command ‘sit’ on your dog while he is in front of you. Then, grab a treat for him to see. His natural instinct of trying to reach it with his paw should come up. At the first gesture of him raising a paw, press the clicker to signal him that he has done something good.

After that, reinforce this positive behavior by giving him the treat. Next, increase the distance by stepping back a little further, then repeating the whole process. If he repeats the positive result, pair it with a voice command ” bye.”

First, let your dog come and sit in front of you. Then, tap his nose repeatedly so that he’ll get used to the presence of an object on the top of his nose. Use positive reinforcement as a reward for his patience. After this step, take a treat and hold it close to him but don’t give him permission to eat it.

Next, you’d want to put the treat on his nose but still don’t give them permission to gobble up the treat. When he leaves the treat placed on his nose, repeat the command “leave”. After a while, you can command “okay” or “eat” for him to taste the snack he’s holding himself for.

For this to start, you’d want your dog to lie down on the floor. This will be his starting position. With his favorite treat in hand, slowly drag it around the floor so that he’ll be encouraged to move while crawling. You have to make sure that he starts moving forward and repeat it until he gets the hang of it. Later, integrate the word or command “crawl”. Soon, you will see that your dog has gotten the hang of it.

Teaching your dog new tricks can be a fun and rewarding experience both for you and for your dog. After all dogs love pleasing their humans. And it is fun showing off how smart your little fluffy pup is to anyone that will stop to watch.