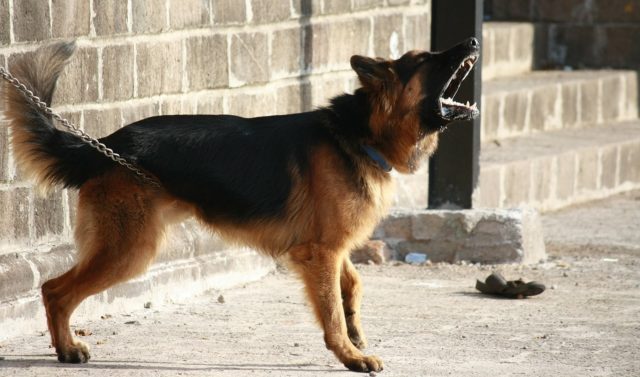 If you live by yourself and feel like you need a little more protection around the house these are some of the best dogs to consider.

Just a disclaimer though. These are the kind of dog that will have you sued in a minute if they are not trained properly. That may sound harsh, but keep in mind these are some hard core guard dogs. There’s nothing wrong with having a dog known for being tough, but these dogs may call for extra caution.

These dog breeds are very powerful. That’s the point in owning a dog to protect you if you live alone right?. These guys are also not the apartment type. There is an instance in San Francisco where it is said that a couple of Presa Canarios killed a neighbor.

Which stresses the reason for expert behavior training especially if you have close neighbors. But for safety sake giving these guys lots of room to run is a good idea.

So, we’re now going to have a look at the breeds that are ideal for folks who like to live alone.

These beautiful dogs have a thick heavy coat that is similar to the appearance of a rugged bear. They can come in various sizes, but they are basically quite big. The male versions have a weight that starts at 110 pounds and can go even higher.

They’re very great at guarding. However, they will not have the consciousness to listen to what the owner is telling them. They’re known to be territorial and an aggressive breed. They thrive in areas where you have livestock and need a dog to guard them against bears and wolves. They also thrive in guarding property.

This one here has a growl that can be quite scary – a good trait to have if you intend to scare off those pesky solicitors. It has been owned and made to serve as a guard dog over the ages because of its size. The male often reaches an impressive 150 pounds. These dogs have a fierce appearance.

It’s a favorite among families who want to have a guard dog. They are not really happy about having strangers in their territory. Even if a Neapolitan Mastiff is socialized with others, the dog may still up and bite those who may want to get to the area that he is guarding.

This breed comes a bit smaller compared to the Neapolitan Mastiff, which is a cousin. However, it is a lot more athletic and is also quite strong. It was used by ranchers to watch over cattle and also to hunt for wild boar.

This is a breed that lives okay alone but it also needs to be socialized early and has got to have good training. It does the best that it can do when he has a job on hand but it can be easily distracted. This breed has not been banned yet though it is still fairly a new breed. The first time that it was introduced to the US was in 1987.

We mentioned these bad mambo-jammas before. This breed is a smaller in stature version of all of the other breeds we listed. But the males still come in at a stocky and solid 110-130 pounds.

You can describe a Presa as similar to a Pit Bull but only on steroids. It’s very athletic and can move around very quickly and cat-like.

They were bred with being shepherds in mind, however they can be faithful docile family pets. But they are also bred to protect their property and loved ones so they can be wary of strangers.

Keep in mind they can also be aggressive with other dogs.

A Fila is a great deterrent for salesmen who come knocking at doors. It’s large, with a build that is stocky and a head that is quite big. It is also quite appreciative of solitude.

This breed needs to be well socialized, but even that is no guarantee he won’t become aggressive. This breed is one of those that have been affected by the Breed Specific Legislation in place in the UK and some other countries. You cannot have this dog as a guard for your home or your property if you are actually living in those areas covered by the policy.

As a word of caution, keep in mind that none of these dogs should be handled by a handler that is quite new to his craft. They require expert training to teach them to protect but not destroy.

If you like living alone or have no choice but to live alone, these dogs will keep people off your property.

If you’d like to learn about more options for capable guard dogs read our 10 best guard dogs article as well.